CORFU. The Ionian Islands Region, the Ionian University and the Corfu Municipalities signed a memorandum of cooperation.

The Ionian Islands Region, the Ionian University and the Corfu Municipalities join forces to attract and facilitate international and domestic audiovisual productions with the ultimate goal of strengthening local economy.

This "alliance" was ratified this morning with the signing of a memorandum of cooperation as part of an event organised by the Ionian Islands Region entitled "Sustainability and cinema promoting the protection of the natural and cultural environment" on the occasion of filming for 'The Eye'.

The Ionian Islands Regional Governor, the Dean Andreas Floros, the Central Corfu Mayor Meropi Ydraiou and the North Corfu Mayor Giorgos Mahimaris signed the memorandum of cooperation. The latter, however, expires on 31 December 2023 due to the local elections next October.

The South Corfu and Paxos Mayors Kostas Lessis and Spyros Vlahopoulos will also sign a similar agreement, as they were not present at the event.

"The aim is to send a message about the potential and competitive advantages that, first of all, Corfu has, but also the other islands. The great competitive advantage is the Ionian University which has infrastructure and people in this sector who can be useful in presenting our advantages in a technocratic and professional way, as well as students who can offer services", said Mrs. Kratsa. 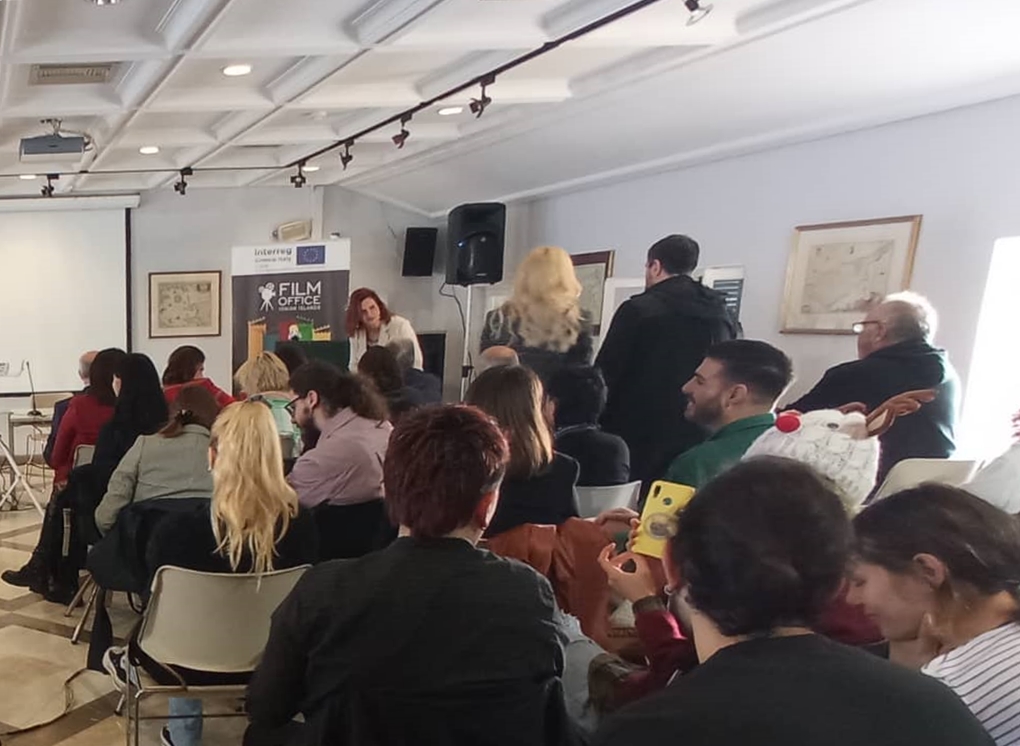 Corfu has already joined dynamically the international and domestic audiovisual productions in recent years through the Region's Ionian Film Office, which acts as an intermediary with the film industry providing a wide range of services to attract productions.

As Mrs. Kratsa pointed out, even though the Ionian Film Office started operating two years ago during the difficult times of the pandemic, it managed to establish itself in international production.

Great examples are the fiction series '42 °C', which was released in Greece and Germany, various documentaries, as well as collaborations for the films 'My Big Fat Greek Wedding 3' and the series 'Maestro' by Christoforos Papakaliatis. The latter was shot in Paxos and Corfu and will soon be shown on Netflix. "Our rich natural and cultural environment is encouraging us in this effort. We are an open-air studio," said Mrs. Kratsa.

The Dean Andreas Floros referred to the positive impact that the Ionian Film Office's operation has for the University's students both in terms of internship and for the staffing of production positions.

As he said, the relationship between the Film Office and the Ionian University was, is and will be very close, while in terms of the perspective given in the field of sustainability of productions, the University has the know-how to support the project.


Licences for over 20 productions

According to Mrs. Ydraiou, in the last three years the Central Corfu Municipality has given more than 20 licenses for productions related to films, documentaries and series, noting the benefits that this has created for the island.

As she said, the workforce is strengthened, the island is promoted giving added value to its tourism product, but business, economic and tourism activity is also strengthened with the ultimate aim of stimulating the local economy.

Mr. Mahimaris spoke particularly positively about the cooperation that is being developed, stating his full support for the effort being made. It is worth noting that a similar memorandum of cooperation has been signed with the Mayors of the other Ionian islands.