What the Old Fortress ΄Cross΄ actually is!

The Old Fortress ‘Cross’ is in fact not a Christian symbol. It actually used to be a coastal signal station for the ships.

Seeing the Old Fortress 'Cross' every day, every hour, every moment, it has become a part of our lives and we rarely wonder why and how it is there. However, for many years the ‘Cross’ was an important means of communicating with the ships and it alerted the town to the arrival or departure of vessels.

The ‘Cross’ used to be a coastal signal station from which signals with instructions were transmitted to shipping along with meteorological information or information to be passed on. They used the International Code of Signals established in 1840. Based on the fact that from 1857 Corfu had a telegraph connection with Malta via an underwater cable, it is believed that telegraphs were also sent to shipping. 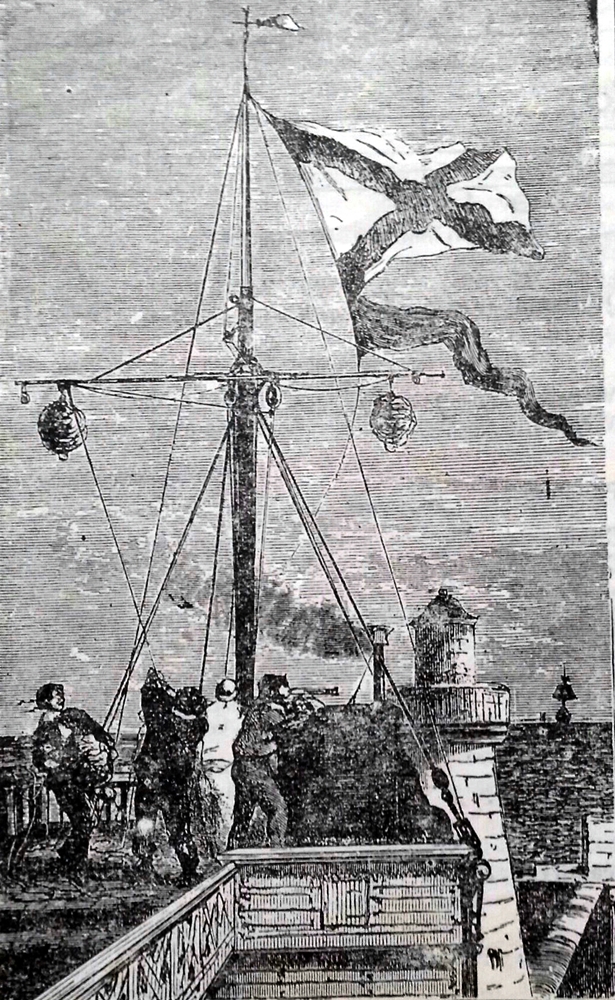 When the use of wireless telegraphs began, the use of the 'Cross' was probably limited to using signals to announce the appearance of an incoming vessel and its position.

In 1932 there were 5 such signal stations operating in Greece:
- Pireaus
- Corfu
- Argostoli
- Zakynthos
- Kea

We also find a lot of information about the use of the signal station at the Old Fortress in Panagiotis Samartzis' diary.

As for the time of construction of the first signal station, there are no data so far, while an initial study at the Naval History Service did not yield any results. We think, however, that it was built somewhere between 1840 and 1854. These dates are significant, as in 1840 the International Code of Signals was established, as mentioned above, while the first photo we have of the 'Cross' is from 1854.

The original cross, however, must have been wooden and must have been improved in 1867, as mentioned in Samartzis' work. The wooden 'Cross' appears in known photos until 1890, while the current metallic one since 1904. Either way, the history of the Old Fortress 'Cross' is an interesting subject of ongoing research.