CORFU. The first 44 boxes were sent on Thursday 12 August free of charge with ELTA Courier and the remainder was sent today.

Donations of clothing and basic necessities were collected for the wildfire victims in Varipompi, Thrakomakedones and North Evia by Georgina Zouboulidou from 'Melissa' Care Centre and the Corfu Association of Parents, Guardians & Friends of those with Special Needs in cooperation with volunteers in the aforementioned areas coordinated by Giorgos Lappas and the volunteers Maria Sakka, Markos Katsiyiannis, Lambros Stathis, Eleana Zafiropoulou, Nancy Aggelopoulou and Konstantinos Plaskasovitis.

There was a marvellous response from the Corfu public with large amounts of clothing and goods being donated. 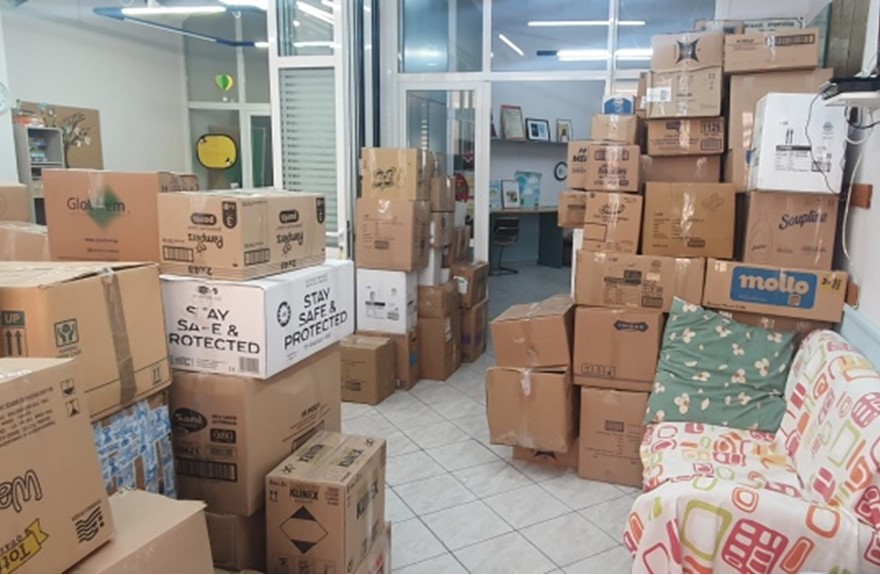 The response was much greater than expected and the goods collected in the 'Melissa' premises created a pleasant problem of time for the team of volunteers collecting and packaging them - a total of 191 boxes!

Statement from the board of the Corfu Association of Parents, Guardians & Friends of those with Special Needs:

"Our Association would like to give warm thanks to Georgina Zouboulidou for her kind initiative, the volunteers in Corfu and the affected areas, the Corfu public, ELTA Courier and the volunteers at Liapades Recycling Centre who supported this effort to send clothing and basic necessities to the wildfire victims."