CORFU. The outside prison guards are on strike for the second day.

As part of the nationwide strike by the Panhellenic Federation, the guards protested outside Corfu Prison demanding that the Civil Protection Ministry satisfy their demands.

1. Completion of the recruitment process, finalisation of results and increase in number of positions.

2. Filling hundreds of vacant positions in the Prison Service (Last recruitment programme was in 2008).

3. Immediate payment for leave days that were worked as well as night shifts and holidays from past years.

4. Pay increases to cover work done beyond the 5-day week to bring to an end the unacceptable practice of unpaid work. 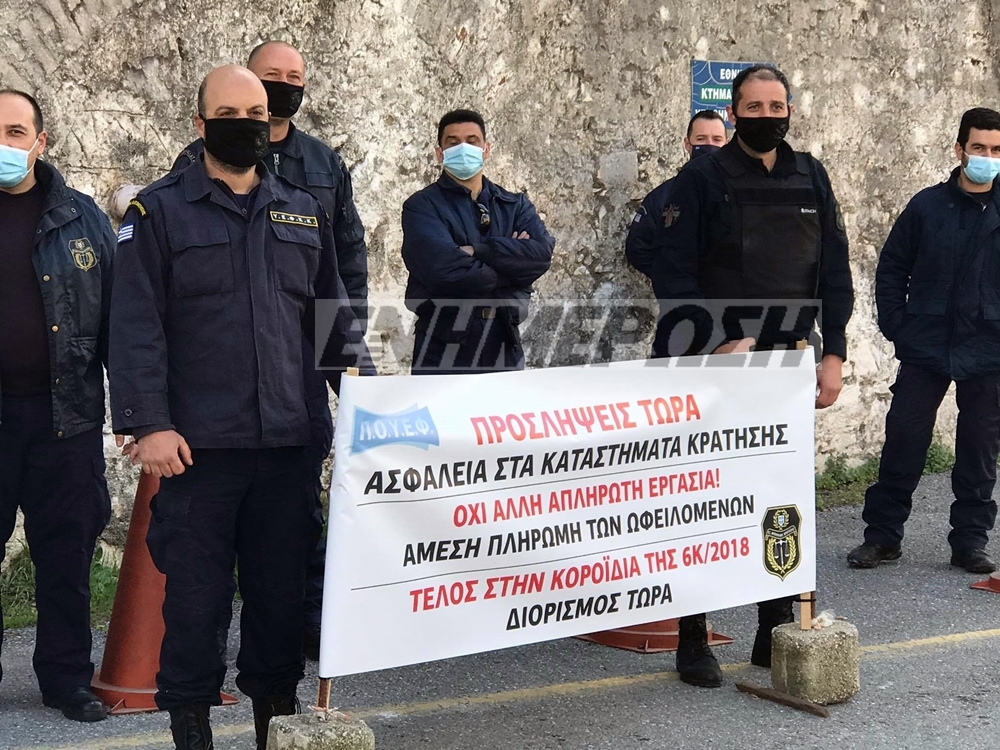 5. Immediate replacement of service vehicles, many of which are dangerous due to 20 years of heavy use, and security equipment.

6. The right for outside prison guards to receive health treatment at the military hospitals.

7. The Outside Prison Guard Service to once more become an Administration instead of a simple Department and to come directly under the Anti-Crime General Secretariat.

8. Outside Prison Guard Service to be promoted in the hierarchy.

9. Financial compensation for the purchase of uniforms and equipment which, despite the fact that they are supposed to be provided by the service, haven't been provided to outside guards for years.

10. Definition of the responsibilities of the Criminal Activity Response Unit (OAEE) - its make-up and methods of operation, its role in the administration, ongoing training, provision of equipment and financial incentives for members to remain in the unit.