CORFU. It is expected to take time for the fire to be completely extinguished and firefighters will remain on the scene for at least 48 hours.

According to Corfu Fire Department, the wildfire which broke out in Ag. Theodorous, Lefkimmi on Sunday afternoon and spread quickly due to strong winds was caused by arson. The Fire Department Investigation Team has been on site since yesterday to collect evidence and determine the cause of the fire.

The fire broke out at 15:45 on Sunday and burnt 60 stremma of rural land with olive trees and a building with agricultural equipment. 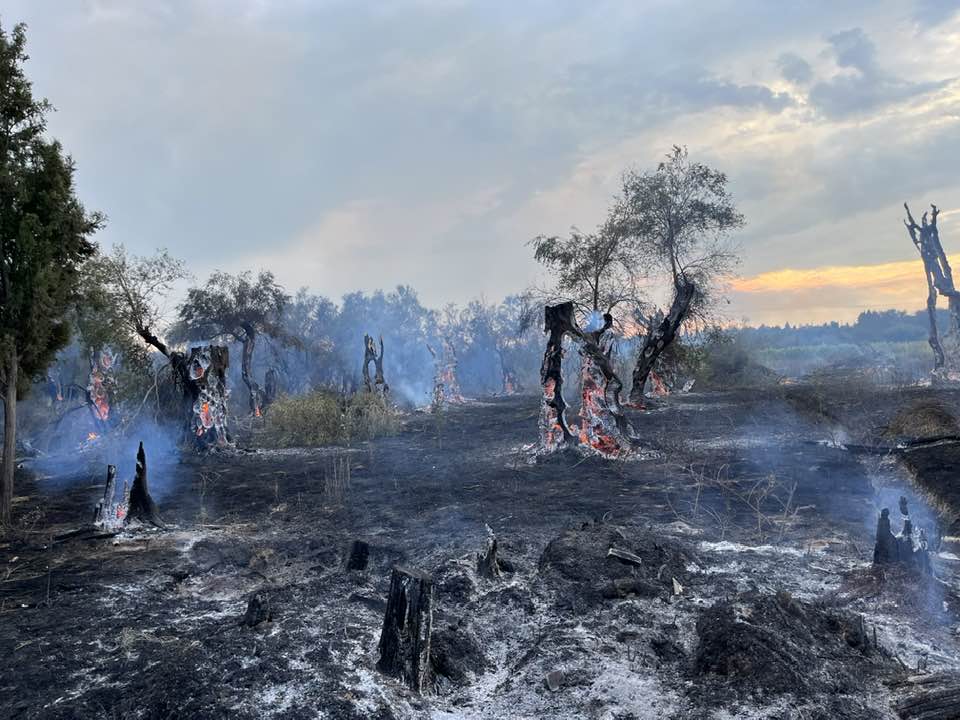 Although the fire came very close to houses - as close as 100 metres at one point - and two photovoltaic parks, it was contained quickly and the worst scenario was avoided.

10 fire engines and 20 firefighters took part in the operation along with 14 members of the ground unit, 2 PZL planes, 2 helicopters which came from Aktion and Ioannina, earthmoving equipment, two water trucks from Lefkimmi Municipality and one from the Regional Authority as well as volunteers. 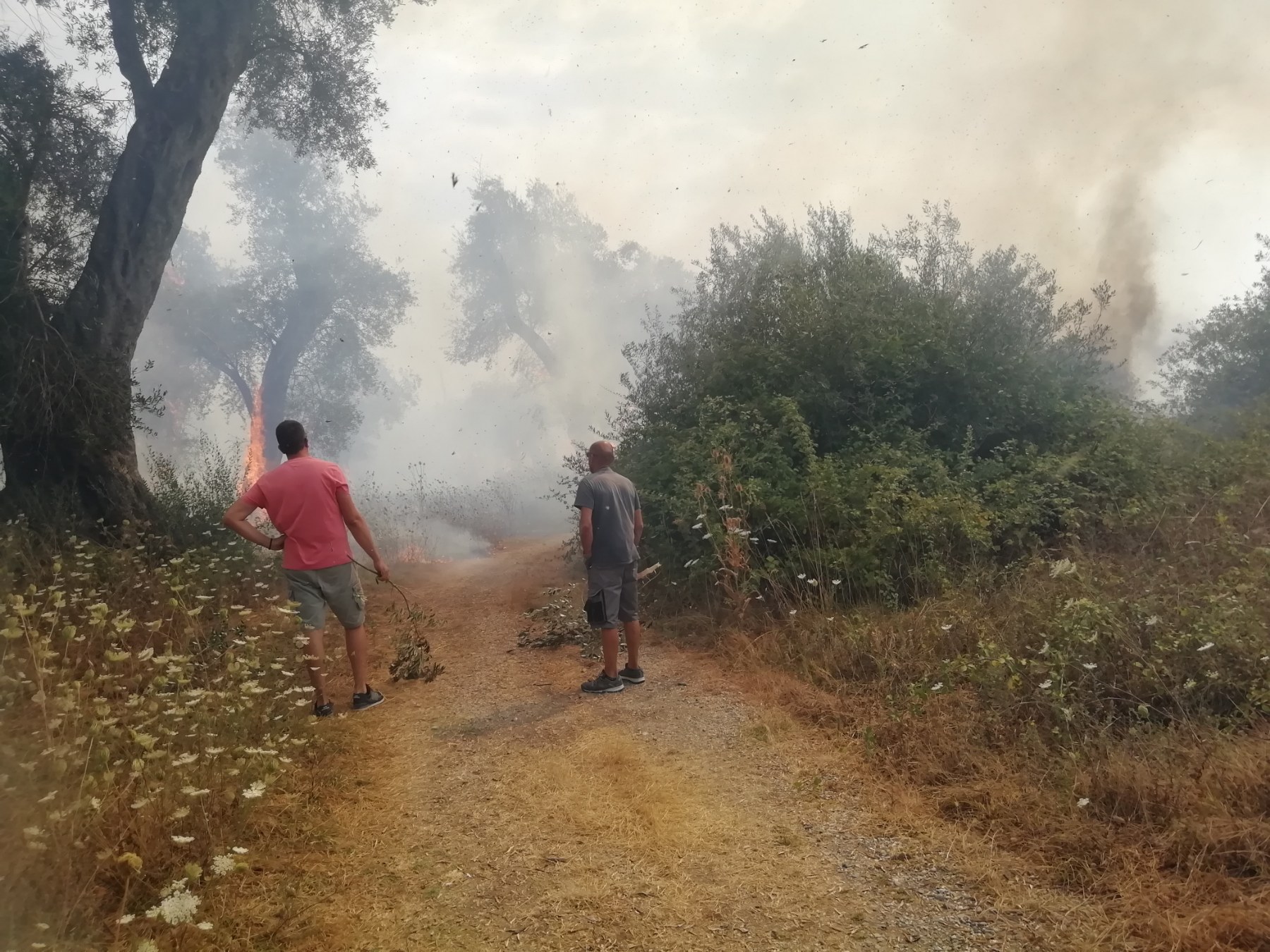 The fire broke out in the heart of the Lefkimmi area and, according to information received, was caused by arson," Corfu Fire Chief Nikos Kolovos told ERA Kerkyra. "The investigation team is here and is collecting evidence so that we can identify the arsonist. A lot of olive trees were burnt. It should be pointed out that we again had the problem with grassland which had not been cleared. Despite the fact that the trees are centuries old, the wild grass and shrubbery are taller than the olive trees. The fire found flammable material and spread very quickly. It came close to some houses."

He added that firefighters had to focus on specific points so as to prevent the fire from spreading. "It was a difficult fire in the sense that we had to protect vulnerable property such as houses which were spread out at various spots. Fortunately, no houses were burnt. There were some where the fire came very close but we were there to contain it."

The main battle to contain the fire and prevent it from reaching the main road, where there are houses, was when the storm came.

Firefighters had to stay alert throughout the night as there was continuous rekindling at various spots. It is expected to take time for the fire to be completely extinguished and firefighters will remain on the scene for at least 48 hours.

It has been observed that there have been several wildfires recently in the Lefkimmi area. "The fires are caused by human hand," said the Fire Chief. "There are arsonists. All of us need to have our eyes open - at difficult times working together can become a great weapon! Working together in cooperation can tame even the most difficult fire."