Rubbish piled up near to Ag.Mathaios Primary School

Whole areas of South Corfu have gathered large piles of rubbish despite the fact that the contract for refuse collection was renewed last week.

According to South Corfu Deputy Mayor for Cleaning Services Antonis Vlassis, there are approximately 100-150 tons of rubbish piled up in several areas and efforts are being made to collect it with emergency personnel and the few refuse trucks the municipality has. The situation is expected to improve from Sunday, when the contractor will begin collecting the rubbish - something that is expected to be completed in a week. "From when Mr. Goussis appealed to the Committee the rubbish has gathered on the roads," Mr. Vlassis pointed out. "We are using emergency personnel and our own refuse trucks to remove the rubbish from outside churches, schools and other areas."

In a recent statement, DIMOSYN leader Nikos Goussis said that he wasn't responsible for the refuse collection stopping and stressed that the Mayor Kostas Lessis is disclaiming responsibility and putting the blame on the opposition.

For about a month now, several areas in the municipality have been turned into rubbish tips with bins overflowing and huge piles building up and creating a danger for public health. According to Mr. Vlassis, there are large piles in Ag. Mathaios, Vouniatades, Kavos, Moraitika, Pavliana and Pentati. 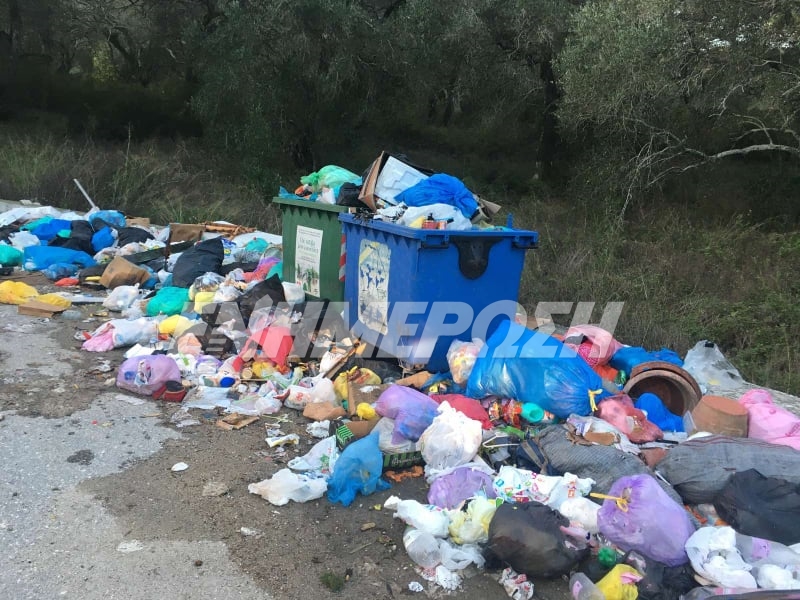 Protests are growing and in Agios Mathaios, for example, there is a huge pile of rubbish just 30m from the primary school and nursery and 100m from the childcare centre. 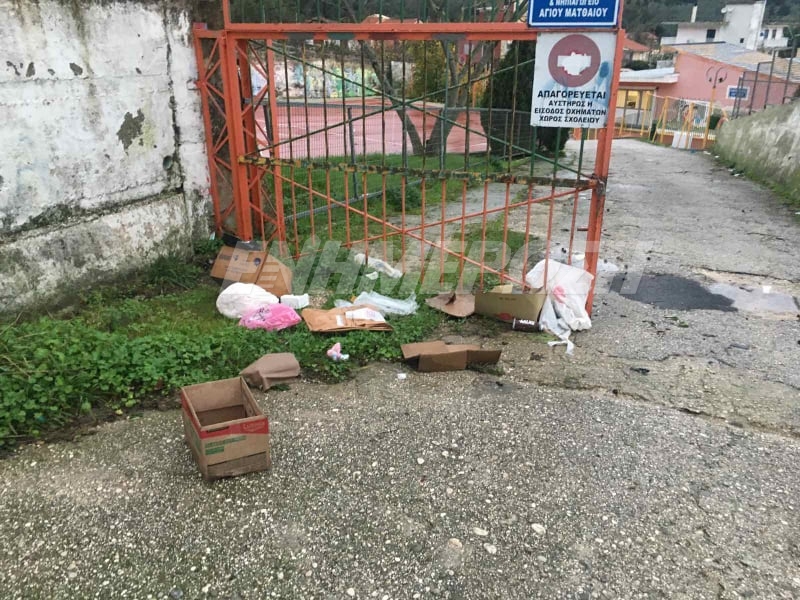 "The situation is completely unacceptable," says teacher Sultana Faviti. "The rubbish has been piling up for over a month and the wind and rain has brought it as far as the school yard."