ATHENS. The ‘Stazi Meli’ Patisserie, ‘myCorfuDriver’ of the Rouvas Group, as well as the Angsana and Marbella hotels, were awarded.

In a ceremony, attended by over 500 people, some of the most important initiatives in Greek tourism were celebrated on Monday 9 May at the Foundation of the Hellenic World.

For the ninth year, the tourism sector's awards continue to reward pioneers and innovators, while this year there were more nominations than any other year.

The nominations for the Tourism Awards are evaluated by a 57-member jury, including academics, journalists and tourism professionals.

The journalists Maria Nikoltsiou and Petros Koumblis were the presenters of the event. 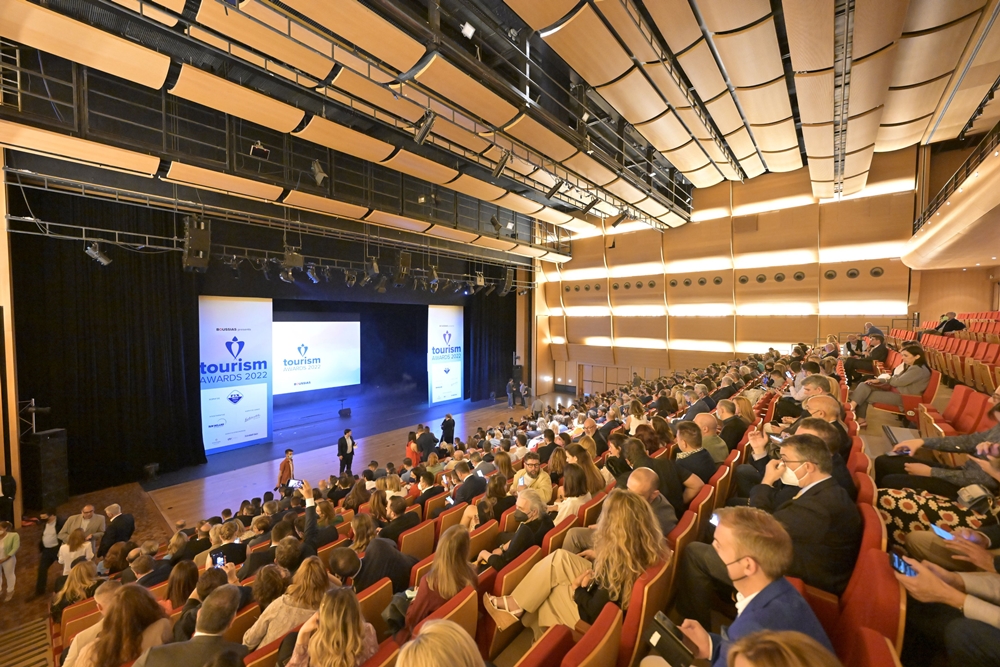