CORFU. We are changing the image of Corfu and I΄d like to thank all those who are helping, said Meropi Ydraiou at a press conference for her first nine months in office.

Mayor Meropi Ydraiou gave an account of the first nine months of the new local authority at a press conference.

Emerging from the pandemic

She spoke in depth about the actions taken by local authority to deal with the pandemic and pointed out that the national and local handling of the crisis give Corfu the opportunity to promote itself with the slogan 'Corfu, clean and safe'. The online promotional campaign is expected to launch on several fronts shortly.

Refuse collection has created a situation in the town diametrically opposite to what it was last year and all the preeceding years. The decision to remove the waste from the island and the invitation for tenders for the Waste Management Facility will create a new image of the island and protect the public health and well-being of its residents.

She said that FODSA (Solid Waste Management Organisation) is operating with personnel from Central Corfu & Diapontia Islands personnel and is also funded by Paxos Municipality and pointed out that although the other two Municipalities are members of and take part in the Organisation, but as yet haven't contributed anything. Both Municipalities are represented on the Executive Committee by their Mayors but they often create tension and express strong opposition, which is fair enough, but they don't propose any alternative solutions. 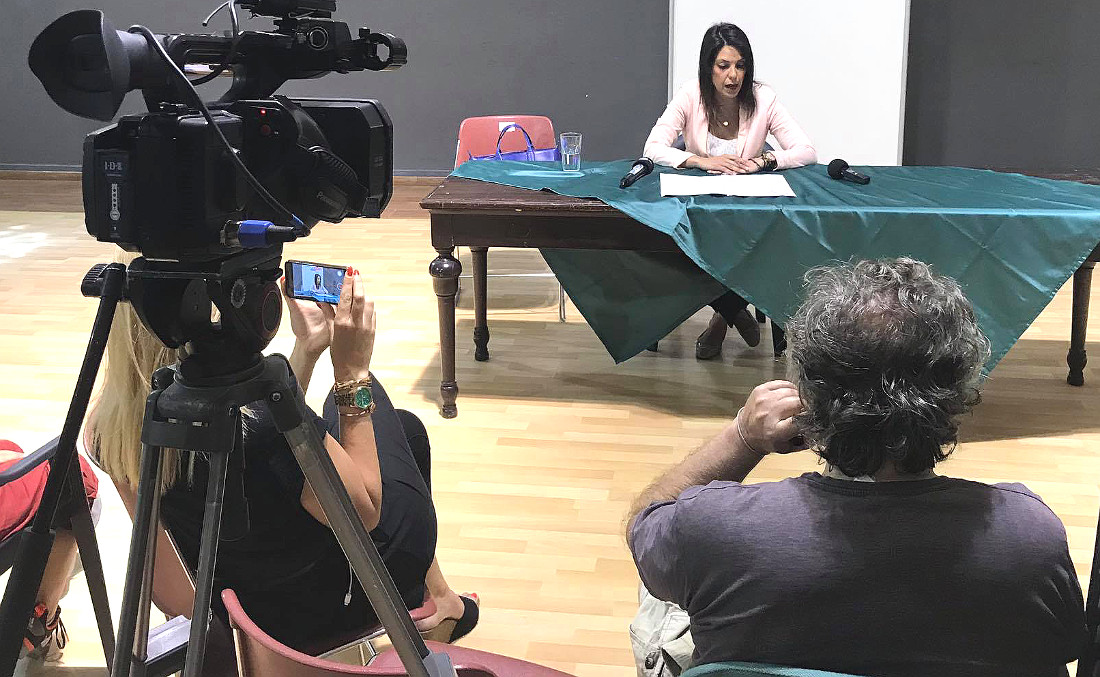 The key dates for the Waste Management Facility are the selection of a contractor for the construction by the beginning of 2021 at the latest, with the hope that work will be completed 18 months after commencement by the beginning of 2023. The removal of waste from Corfu will cease then and the island will turn over a new page in this painful saga.

The Municipality will shortly present the results of its response to at least four ESPA funding programmes and a cross-border programme to set up and organise four sorting at source and recycling streams. Thiswill involve the acquisition of machinery, bins and other equipment as well as a public awareness campaign.

Cooperation with Sarlis and Paxos

Ms. Ydraiou then praised Chrysanthos Sarlis, who was formerly Mayor for several terms, for his contribution and support both in the FODSA board and the Municipal Council as well as the Paxos Mayor and Deputy Mayor for Cleansing Messrs. Spyrou and Vlachopoulos.

Now is the time for an Ionian Islands Regional Health Department

As soon as the proposals for new members from South Corfu Municipality are received there will be a new inter-municipal board for DEYAK (Public Water Company) with the agreed prospect of the service being divided into three at a later stage - one for each Corfu Municipality.