CORFU. The Corfu Association of Tourist Coach Owners has highlighted the three main issues - apart from waste management - that the newly-elected authorities will have to deal with.

We would like to congratulate all the newly-elected in the Region and the Municipalities of Corfu and Paxos and wish them success in the work that lies ahead. Those of us with Tourist Offices and Tourist Coaches consider that the situation in Corfu is critical and, apart from waste management, the three main issues are as follows:

1. Open-top buses
The town is being congested by the 20 open-top buses and their daily circular routes. They are degrading the town centre and marginalising the suburbs as well as financially depriving the shopowners, guides, carriages, tourist offices and coaches. We have been asked what can be done and we say that the same should happen as on all the other similar Greek islands where only 2 licences have been granted in total!

The needs and capacity of the town don't justify even one licence for open-top buses. Everyone knows who allowed this monstrous situation to develop even though those responsible are keeping quiet - hoping that they can avoid any long-term responsibility.

2. Vidos Island
The recent strange arrangements regarding Vidos Island have shocked everyone with their audacity. Some people, however, haven't taken into consideration the reaction of the Corfu people. They need to take a look at what happened in 1976 for the same reason and see what the consequences will be.

3. Fraport / Airport
Although the negative image of Corfu tourism continues with the non-completion of the work at the airport and although at other similar Greek airports Fraport accepts and assumes its responsibilities, in Corfu there are those who - in the name of serving the needs of local tourism - wish to extend Fraport's influence to other public areas outwith the contract with the Greek State!

All of the above blatant cases, even though they don't appear to be connected, have a lot in common and if looked at closely it can be seen who, along with the disastrous waste management, are responsible for the island's deterioration in recent years. 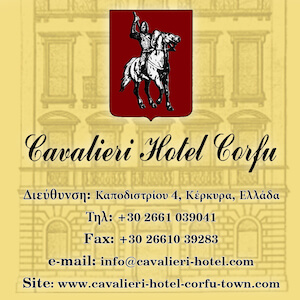 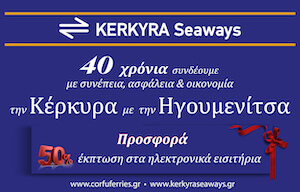