CORFU. Corfu businesses responded positively to the proposal of the Ionian Islands Regional Education Department to support the school with equipment.

Corfu businesses showed great willingness to support the operation of the 2nd Special Primary School, which opened its doors just a few days ago in the new building in Velonades, responding to the proposal of the Ionian Islands Regional Education Department.

The laptops and televisions by the local businesses were handed over on Wednesday afternoon at the renovated school by the Ionian Islands Director of Education Petros Aggelopoulos.

The new equipment is expected to be particularly useful in the educational process, part of which is now based on technology. The four computers delivered will be used to set up an IT lab, while the two televisions will be used in lessons. The Corfu businesses made the donation following a proposal by the Ionian Islands Regional Education Department to support the school with technological equipment.

"We asked for some sponsorships from Corfu businesses in order to support the operation of this school with technological means. There was an immediate response and today we handed over four laptops and two televisions that will soon become four," Mr. Aggelopoulos told Enimerosi.

The new building, which was reconstructed very quickly for Greek standards, is hosting 12 pupils. The effort to establish the school started years ago and after overcoming all obstacles it managed to open two years ago at the Agros School Centre. However, because the building was not sufficient to accommodate it, it was necessary to move it to another building. After the work was done, the old Velonades Primary School was transformed into a building, ready to welcome children aged 6-12 years old.

The opening of the school on 12 September found all 11 teachers in place to support the students. It is worth noting that in addition to teaching, the children are supported with physiotherapy, occupational therapy and speech therapy daily by special education teachers and special support staff.

After the visit, Mr. Gikas made the following statement: "I was very pleased and satisfied to visit the North Corfu 2nd Special Primary School today, which has officially started operating. I would like to remind you that the establishment of the North Corfu 2nd Special Primary School and 2nd Special Nursery was approved in the summer of 2020 by the ND government. I would like to thank the Services of the North Corfu Municipality and the Mayor, because with his own resources and with donations from local businesses, he completed the repair of the main building, where our pupils can now go to. 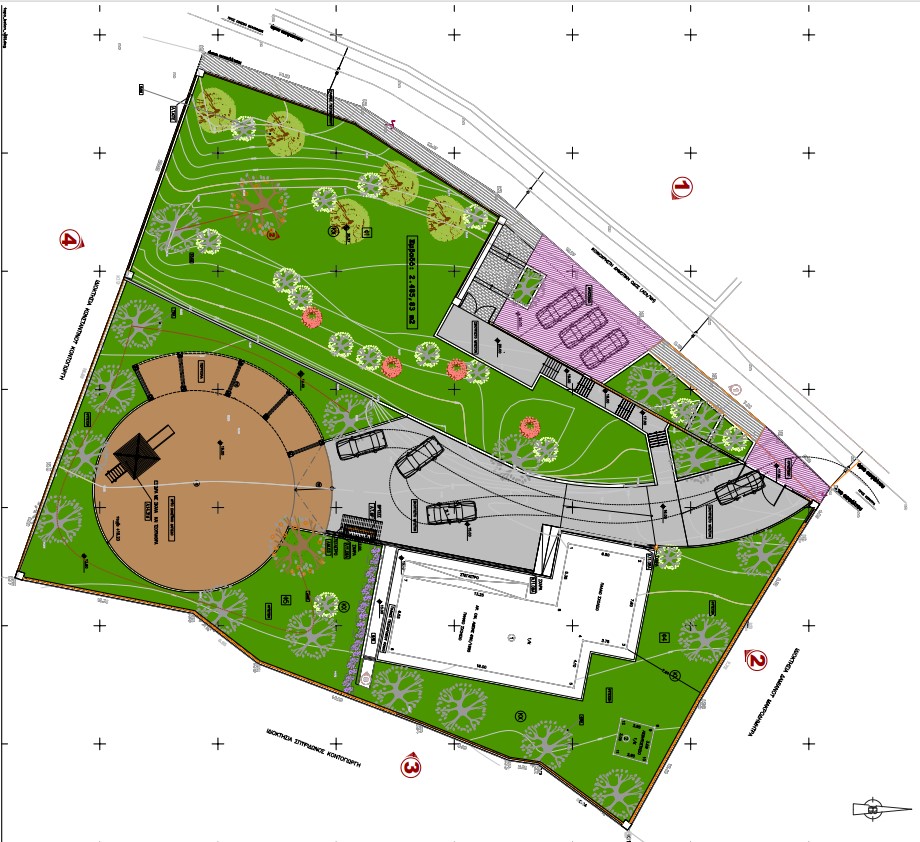 I would also like to thank the Managing Director Thanasis Yiannaris for the completion of the studies for the repair of the wall and the entire surrounding area, with a budget of €250,000. The project is expected to be put out to tender in the near future.

It is very important that North Corfu gets a special school, which, with the completion of the environmental works, will be one of the best in the country. In cooperation with the Director of Education Mr. Aggelopoulos, we are now planning the creation of a Special School in South Corfu".