CORFU. ΄Typhoon΄, a modern 72-meter vessel, transported the waste from inaccessible coasts to the Kassiopi harbour.

The clean-up of Corfu and the Diapontia Islands coastline was completed in collaboration with the North Corfu Municipality and the A.C. Laskaridis Charitable Foundation.

The North Corfu Municipality, with its integrated waste management and environmental protection programmes, and the A.C. Laskaridis Charitable Foundation, with its "Typhoon Project", which started in 2019 with the aim of cleaning inaccessible coastlines and transporting the waste collected to recycling or proper disposal structures, have collaborated to clean-up the Corfu and the Diapontia Islands coastline. 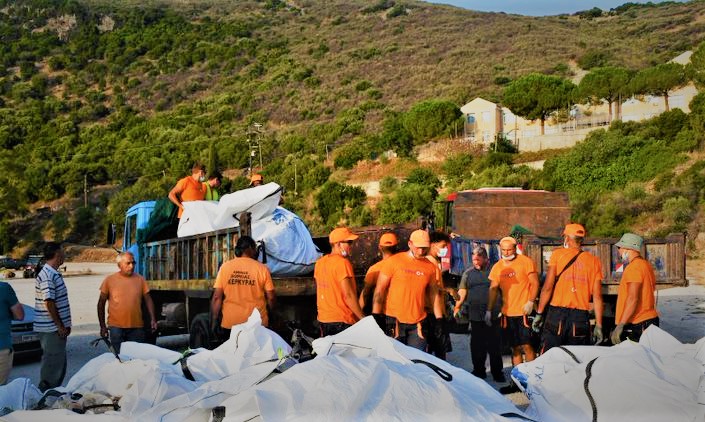 The waste was transported to the Kassiopi harbour in large bags and North Corfu Municipal Cleaning Service employees received it.

The 'Typhoon Project' aims to protect the marine environment and eliminate pollution on the coast and seabed through multi-level interventions, mainly focussing on raising awareness of marine pollution and reducing the use of plastic packaging with underwater clean-ups and clean-ups of inaccessible beaches throughout the Greek coastline.

After Samos, Chania and Hydra, Corfu and the Diapontia Islands were chosen to be amongst the first areas in the Ionian Sea where this programme of environmental clean-ups would be implemented. For 17 days in August, "Typhoon", a modern Norwegian-built 72-meter vessel with modern marine navigation systems, basic equipment for combating oil spills, fire-fighting equipment, 5 manned inflatable boats and a specialised team of 34 people, collected waste from Corfu and the Diapontia Islands. 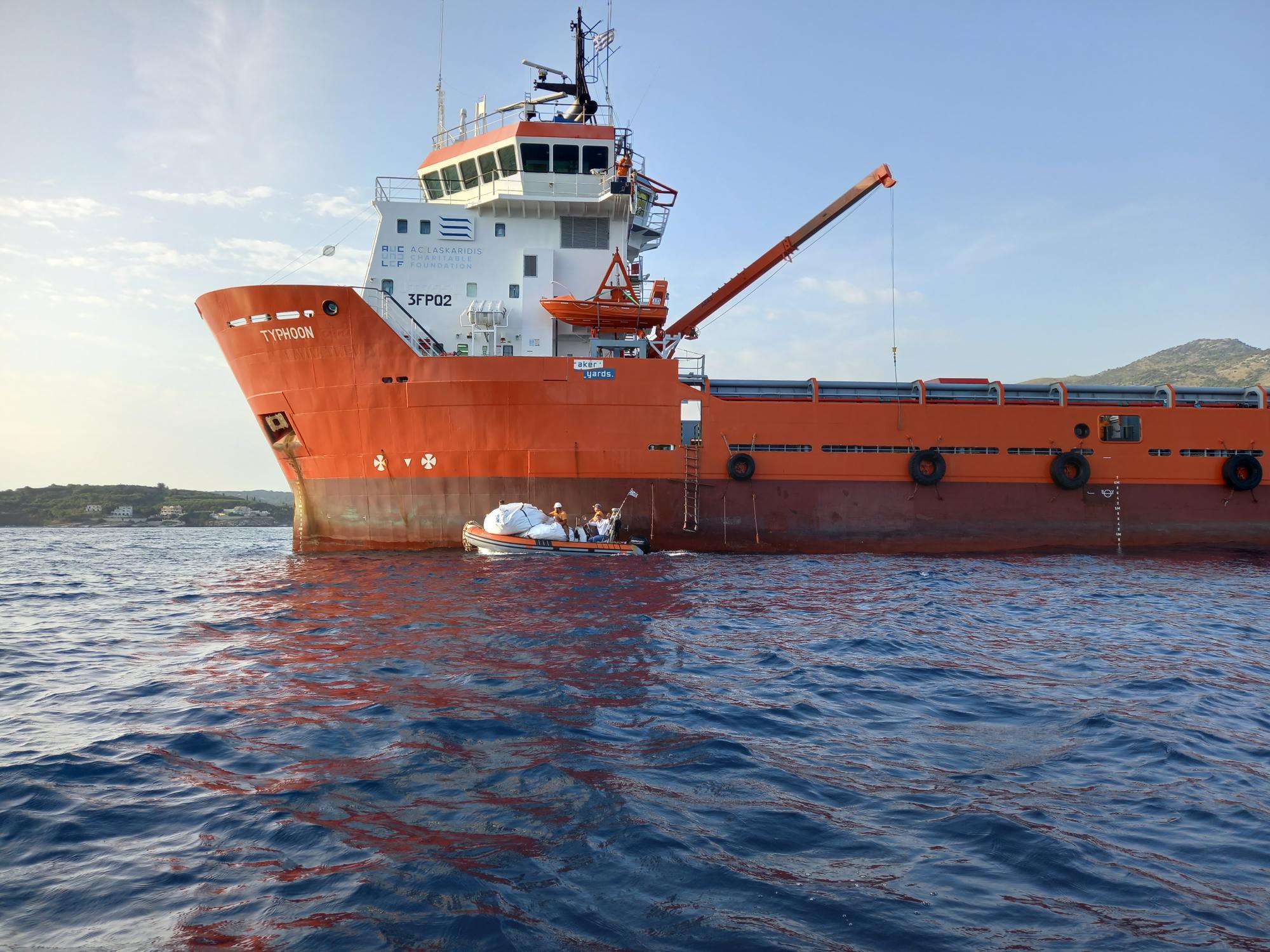 The last waste had been collected on Friday 26 August and it was transferred to the Kassiopi harbour in large bags, where North Corfu Municipal Cleaning Service employees received it from 07:30 to 12:30. 8 tons of waste were collected and distributed in 116 big bags, 300 kilos of which ςερε recyclable materials. In the separation were found, amongst others, plastic bottles, bags, styrofoam and fishing gear, which are part of the BlueCycle Programme - the first integrated project of this category in Europe.

Present were the North Corfu Mayor Giorgos Mahimaris, the Municipal Council President Panayiotis Papadatos, the Deputy Mayors Theofanis Skembris and Spyridoula Kokkali, as well as the heads and staff of the North Corfu Municipal cleaning and civil protection service. 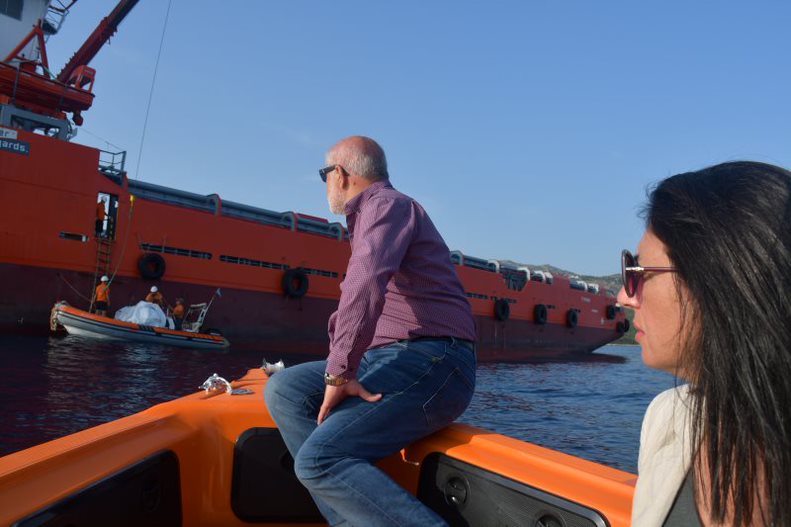 The North Corfu Mayor Giorgos Mahimaris about to tour the 'Typhoon'

The North Corfu Mayor Giorgos Mahimaris stressed that this action is an effort to contribute to the environmental protection and the protection of the marine wealth of the Greek seas. He thanked on the one hand the entire 'Typhoon' team for cleaning Corfu and the Diapontia Islans' seabed and coast for 17 days and on the other hand all the staff of the Municipality's services that contributed to the completion of the action.

He then went on to say that "The waste that emerged from the seabed is causing mixed feelings. On the one hand joy because we were able to take care of our underwater paradise and on the other hand sadness for the environmental disaster that we are causing ourselves. This proves that marine pollution is frequent and dangerous for the marine and coastal environment, the region's economy and the public health. The North Corfu Municipality will continue to seek actions and partnerships like this and remind everyone that environmentally friendly attitudes and education is essential and that the seabed is one of the most valuable goods of Greece and we must preserve it for future generations".