All of Corfu in just one click – sights, museums, routes

Discover the beauties of the island, which will make you want to come back again and again...

Corfu – an island with elegance, imposing fortresses and endless sandy beaches. Holidays in Corfu will reward those who love to wander around. Discover the beauties of the island, which will make you want to come back again and again. This guide will show you all the places you can visit and have a good time and will make you want to see all the wealth and beauty Corfu has to offer. Let’s begin... 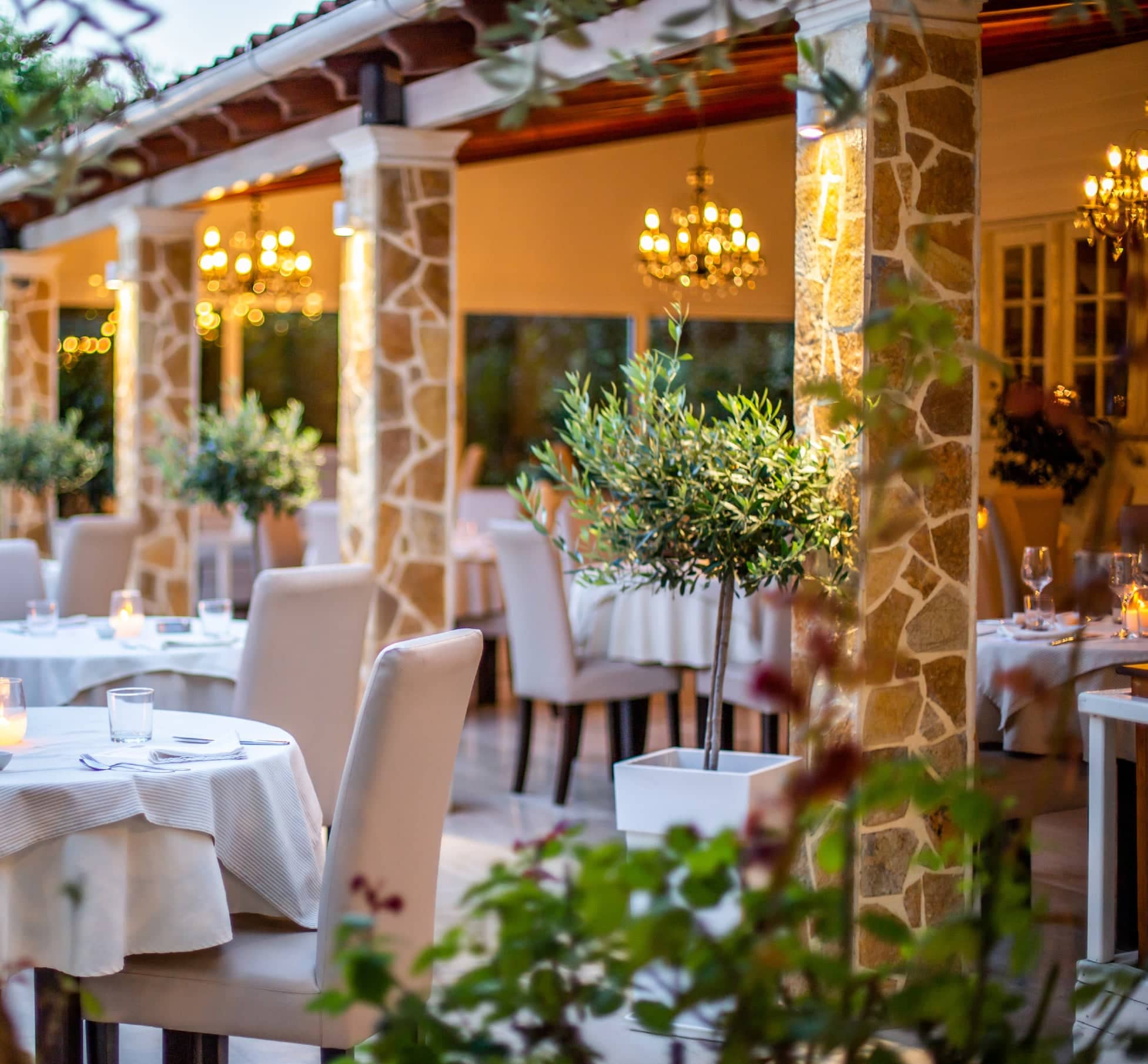 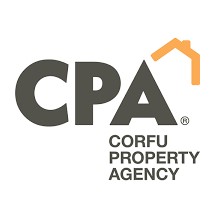 The town still has almost all of the historic houses and buildings from the 17th-19th centuries. The Corfu Old Town and the two fortresses, the old and the new, are UNESCO World Heritage Sites.
Πηγή: Visit Corfu 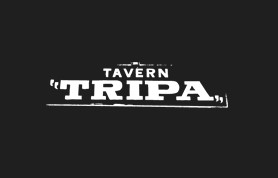 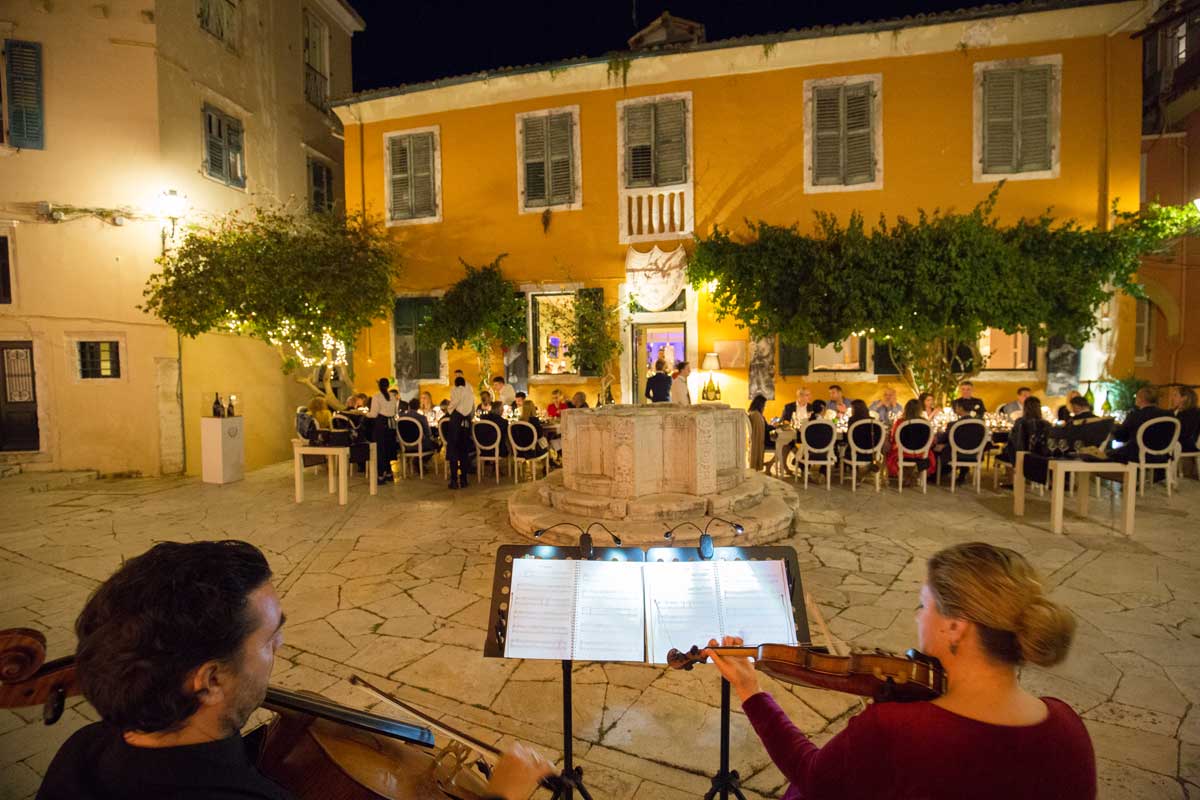 One will see two large ramparts to the right and left of the central gate, as well as two large towers (Land Tower and Sea Tower) that were built on the two peaks, which gave the town its Byzantine name, Corypho (hence Corfu today). 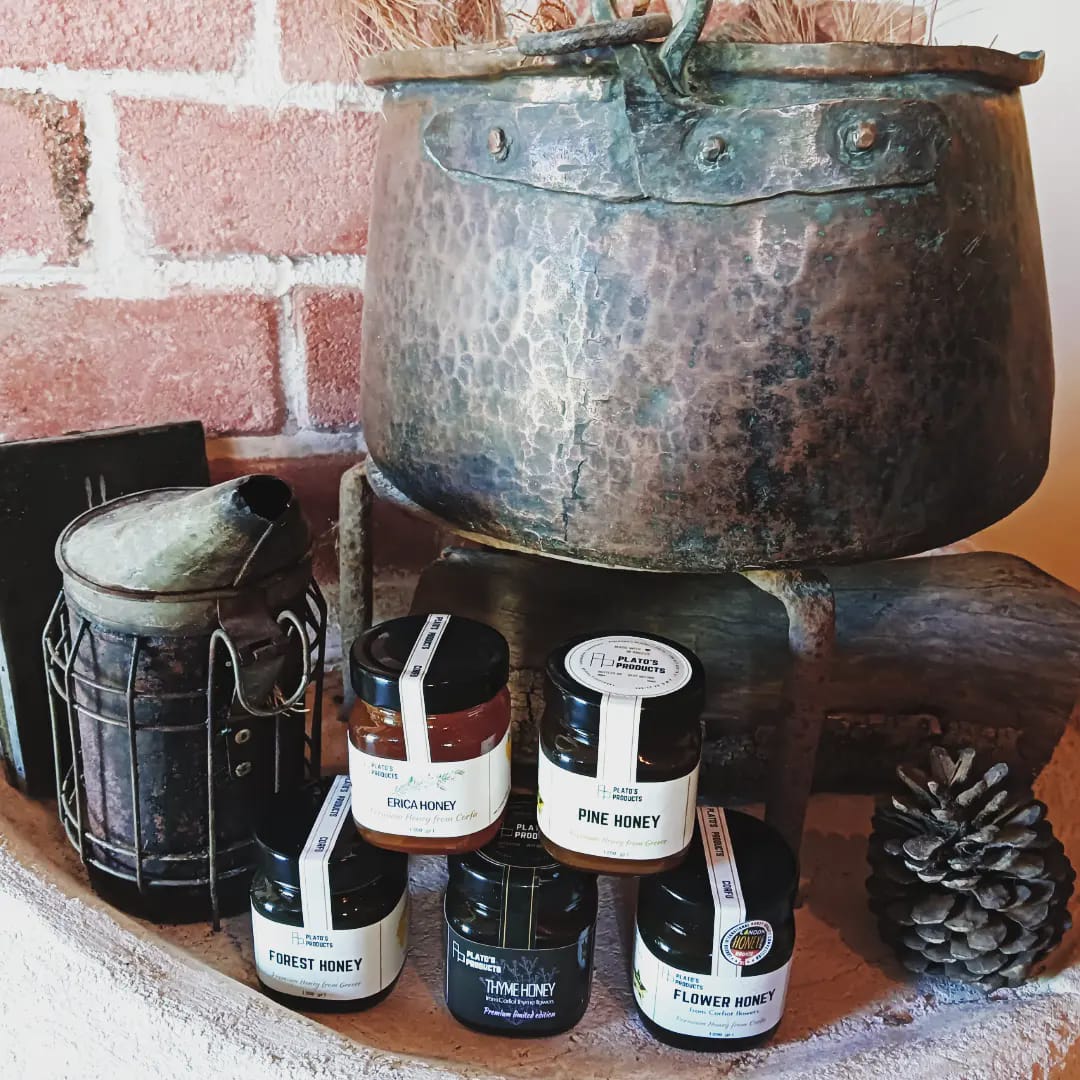 Plato's Product
The philosophy of honey and more...


New Fortress
When the Byzantine-medieval town expanded beyond the limits of the Old Fortress, it was necessary to protect it, something that the Old Fortress could not do anymore. Thus, the Venetians began constructing the New Fortress on the hill of Agios Markos. 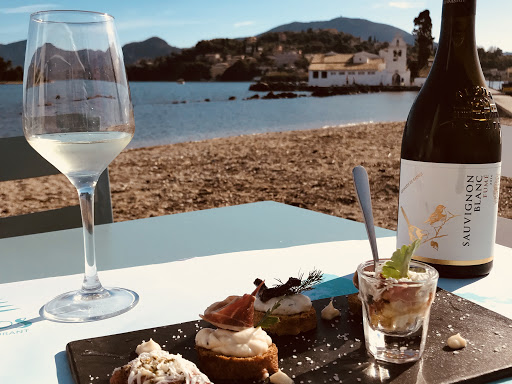 St. Spyridon church was built in 1589. It is a single-aisled, wooden-beamed basilica in the Ionian style, initially in the possession of the Voulgaris family, who were also the owners of the saint’s Holy Relic. Its impressive bell-tower resembles to an astonishing degree that of the church of the San Giorgio dei Greci in Venice. The church possesses priceless treasures and votive offerings. The Holy Relic of St. Spyridon is being kept in a 19th-century silver reliquary, set to the right of the sanctuary, having basically become a side chapel. Tel.: 26610 39779 / 33059 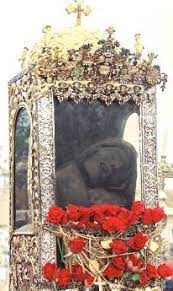 The church is a triple-aisled basilica in the Ionian style, with Renaissance elements on the outside. It was built in 1577 at the site of an older church dedicated to Agios Vlassios. The church is nowadays dedicated to Yperagia Theotokos Spileotissa and Agia Theodora Augusta, the Byzantine Empress who was responsible for restoring icons to churches following the period of iconomachy. The relic of the Empress is in a silver reliquary within the church. Tel.: 26610 37008
Πηγή: imcorfu.gr

The Catholic Cathedral (Duomo) is located in the Old Town Hall Square and is dedicated to Saint Jacob & Christopher. The church was bombed in the Second World War and its interior was destroyed. Restoration work was completed 1970. M. Theotoki Square (Old Town Hall). Tel.: 26610 30271
Πηγή: Visit Corfu

The presence of Jews in Corfu has been recorded since the 1100s. Even at the time of German occupation, during the Second World War, there were almost 2,000 Jews in town. The current building of the Synagogue lies more or less at the centre of the old Jewish Quarter, designed in Italianate style and built in the 19th century on an older building.
Πηγή: Visit Corfu

The Palace of St. Michael and St. George, a typical example of British neoclassical architecture, is perhaps the most important monument of the British administration. It was built by the architect George Whitmore during the period 1819-1823 during the rule of the English Commissioner Thomas Maitland. Tel.: 26610 30443
Πηγή: Visit Corfu

SUNSPOTS
RENT A CAR IN CORFU

The museum is housed in the Palace of St. Michael and St. George. It is the only museum in Greece dedicated exclusively to the art of Central Asia, the Far East and India. It includes 15,000 objects of Asian art from donations by private collectors. Tel.: 26610 30443.
Πηγή: Μουσείο Ασιατικής Τέχνης

The Corfu Municipal Gallery is housed in the Palace of St. Michael and St. George. Its valuable collection includes works mainly by Ionian painters, who have defined the development of Greek art from the 17th to the 20th century. Tel.: 26610 48690, www.artcorfu.gr The Corfu Art Gallery is the first private initiative for promoting and studying the arts of Corfu. It was founded in 2005 in order to host the collection of the Corfiot civil engineer and collector, Michail Aggelos Vradis, with paintings from the 19th, 20th and 21st centuries. Ioannou Theotoki 77, 2661 041085, [email protected]

Some of the most impressive works exhibited in the museum are the Gorgon pediment from the Temple of Artemis, the tomb of the ancient lion of Menekrates, as well as the left part of the archaic Dionysus pediment. Vraila Armeni 1, tel. 26610-30680. 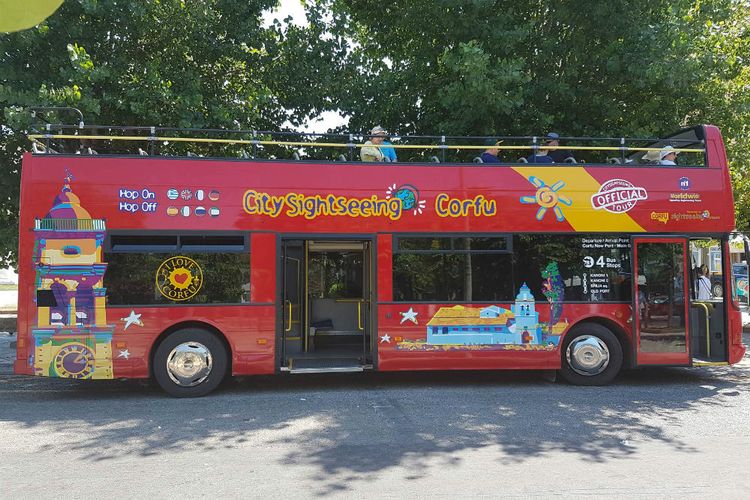 The Antivouniotissa Museum is one of the most characteristic ecclesiastical monuments in Corfu Town, which was already operating since the 15th century. Arseniou St. (Mourayia), tel: 26610 38313, www.antivouniotissamuseum.gr.
Πηγή: Corfuin.com 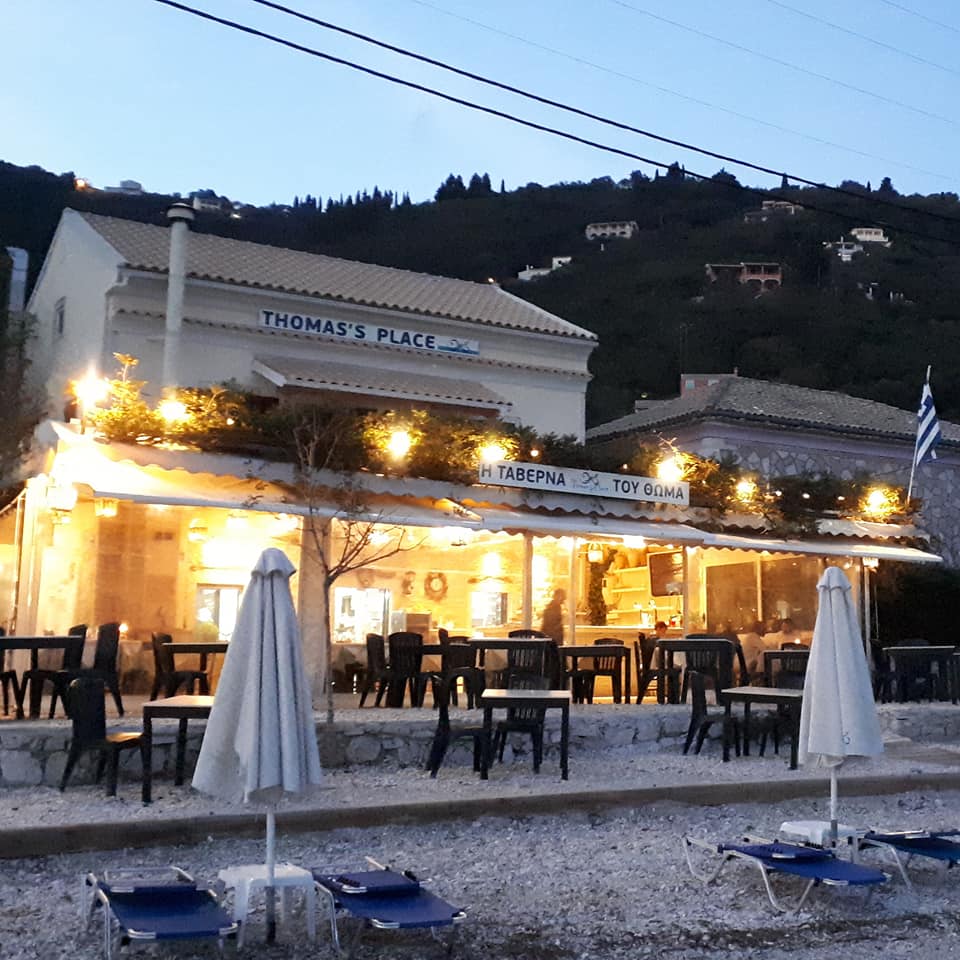 The Banknote Museum, the only one in Greece, is operating since 1981. It is housed on the first floor of the building of the Ionian Bank (today Alpha Bank), the first bank in Greece. Ag. Spyridon Sq. (Plakada), Tel.: 26610 41552
Πηγή: arxaiologia.gr

This is the house where the great national poet Dionysios Solomos lived for most of his life, and certainly during his most productive period, from 1828 to 1857, the year of his death. It nowadays doubles as a museum for the poet and the seat of the Corfu Studies Society, a cultural institution that organises conferences, lectures and other events on Greek letters. Arseniou 2 (Mourayia), tel.: 26610 30674, www.eksmouseiosolomou.gr 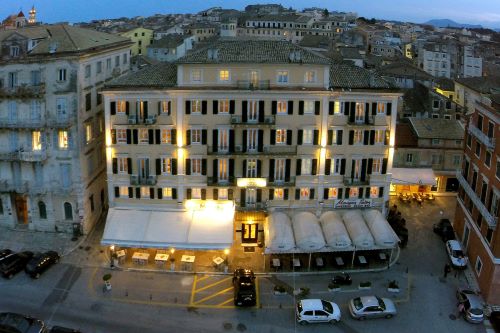 It was founded in 1836 by young university graduates and it is the oldest cultural institution in Greece. Prominent personalities of Corfu of the last two centuries have been its members, among which Dionysios Solomos, Andreas Kalvos, Iakovos Polylas, Lorentzos Mavilis, Konstantinos Theotokis, etc. Capodistriou 120, tel: 26610 39528, www.anagnostikicorfu.com

This is the museum of the Corfu Philharmonic Society and it is the only one of its kind in Greece. It was inaugurated in 2010, on the Society’s 170th year anniversary. Nikiforou Theotoki 10, tel.: 26610 39289, www.fek.gr 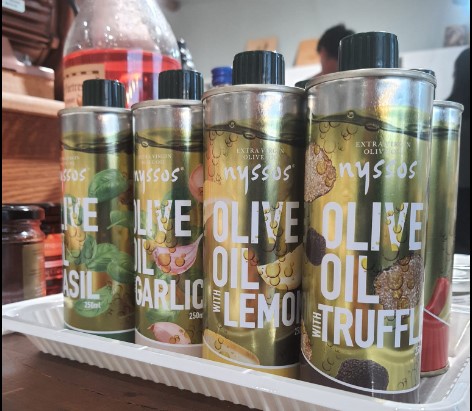 It is said that it took its name from the establishment of two French cannon there in 1798. One of them is still there. Just below Kanoni there is the 17th century Monastery of Vlacherna. Small boats sail from the quay to the Pontikonissi islet.

This archaeological site is particularly enjoyed by people who like to walk. It is located in the area of ​​ancient Corfu. The Archaeological Museum of Paleopolis is currently housed in the Mon Repos mansion. Its garden has about 2,000 plant species from parts of the British Empire. 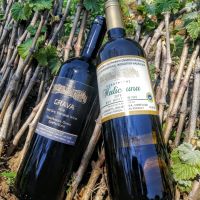 The Achillion Palace was built in the late 19th centrury on a lushly green hill at Gastouri, nine kilometres south of Corfu Town, on plans by the Italian architects Raffaelle Carito and Antonio Landy for the Empress of Austria Elizabeth (better known as Sissy). It operates as a museum and a venue for cultural events. Gastouri, tel: 26610 56210, www.achillion-corfu.gr
Πηγή: Visit Corfu

It is the first and only museum dedicated to the life and legacy of the first Governor of Modern Greece Ioannis Capodistrias. It is located in Koukouritsa, near the Evropouli village. The permanent exhibition includes personal objects, furniture, documents and can be found in 6 rooms of the house. Tel. 2661 032440.
Πηγή: Μουσείο Καποδίστρια 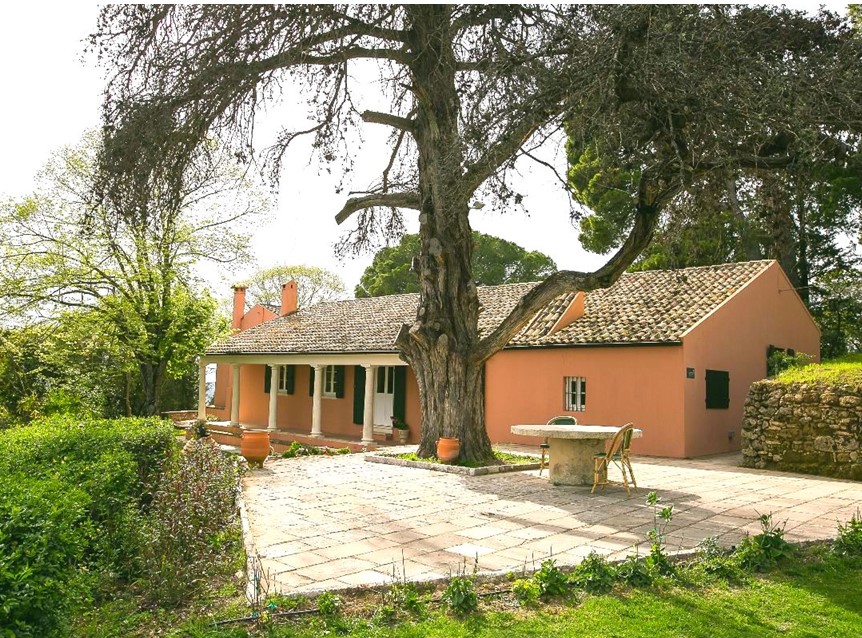 The Kaiser's Observatory is an important attraction, located on top of the Pelekas hill, 270m above the sea. Kaiser William II often visited this place to admire the magnificent view and the spectacular sunset.
Πηγή: archaiologia.gr

The Folklore Museum of Sinarades

The Museum was founded by the Corfu Historical and Folklore Society (1982) on the initiative of the educator and researcher Nikos Paktites and has a rich folklore material. Sinarades, tel.: 26610 54962. It dates back to the 16th century. The monastery is one of the most important ones due to its architecture and the number of religious items it possesses.
Vatos, tel.: 26610 94301, www.mirtidiotissa.com 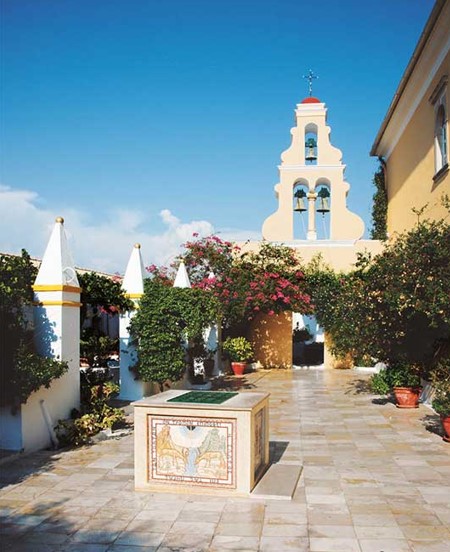 The Paleokastritsa Monastery was built in 1228. In the monastery there are remarkable icons of mainly Cretan style (15th-18th century). Important religious items can be found in the monastery's museum. Tel.: 26630 41210 Your visit to Corfu Aquarium - home to local fish and other sea creatures as well as reptiles from around the world - will remain an unforgettable experience! This wonderful project began in 2011 with the aim of displaying the island's sea life and raising the awareness of both local residents and visitors with regard to protecting the marine ecosystem. During your visit the Corfu Aquarium personnel will guide you through this special place and introduce you to the magic world of marine organisms reptiles. A special educational visit which both young and old will love and a unique experience full of surprises.
Tel.: 26630 41339 (Paleokastritsa)

The Byzantine Angelokastro castle is built on a 300-meter sheer cliff in the northwest Corfu, near Paleokastritsa. It was built at the beginning of the 12th century. Inside there are two large water tanks and the churches of Taxiarches and Ag. Kyriaki.

It is located on the highest mountain (914m) of Corfu, Pantokrator. The church of Pantokrator was built in 1347. Important frescoes and icons of the Ionian style have been preserved. The location has an excellent view.
Πηγή: imcorfu.gr 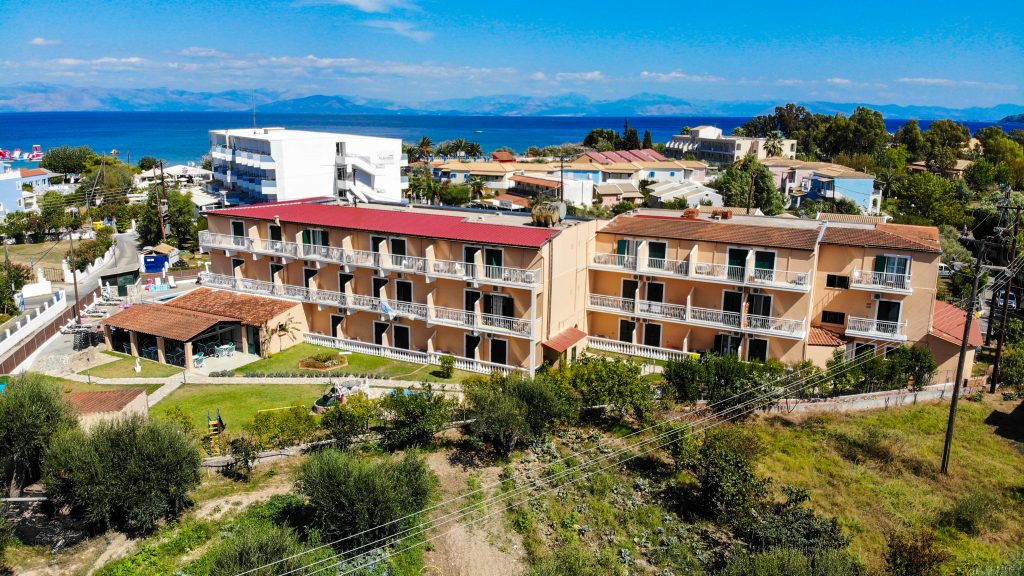 Gardiki Castle is a 13th century Byzantine castle on the southwest coast of Corfu and the only medieval fortress in South Corfu. It was built by a ruler of the Despotate of Epirus and was one of the three castles that fortified the island before the Venetian era (1401-1797). The three castles formed a defensive triangle, with Gardiki guarding South Corfu, Kassiopi Castle Northeast Corfu and Angelokastro Northwest Corfu.
Πηγή: el.wikipaidia.org 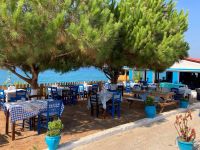 It is located on the southwest coast of Corfu. In the southernmost part of the area one can see the unique cedar forest and the impressive sand dunes. 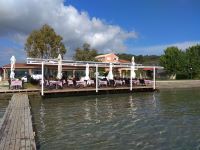 Flat wetland area where more than 180 bird species have been recorded. It was used from the 13th -14th century until 1988 as a salt marsh, while its buildings and warehouses have been restored and are now hosting the Corfu Environmental Education Centre.