CORFU. Pupils from Corfu 3rd High School presented the book on human rights which they have written t a special event.

"Say no to violence, take a stance and make the difference," pupils from Corfu 3rd High School shouted last night in an effort to raise awareness and protect human rights. 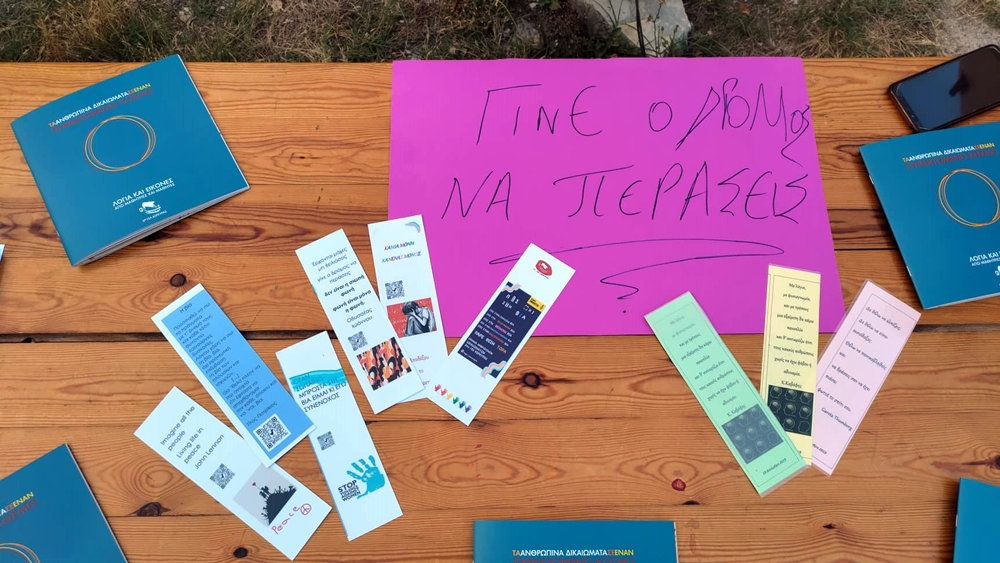 The pupils held an event at the Scout Hall in Faliraki to present the book they have written titled "Human Rights in a Burning World - words and images from pupils at Corfu 3rd High School". The book is the result of cooperation between pupils and teachers at the 3rd High School and Amnesty International as part of the educational programme "You and Me Together" for human rights. 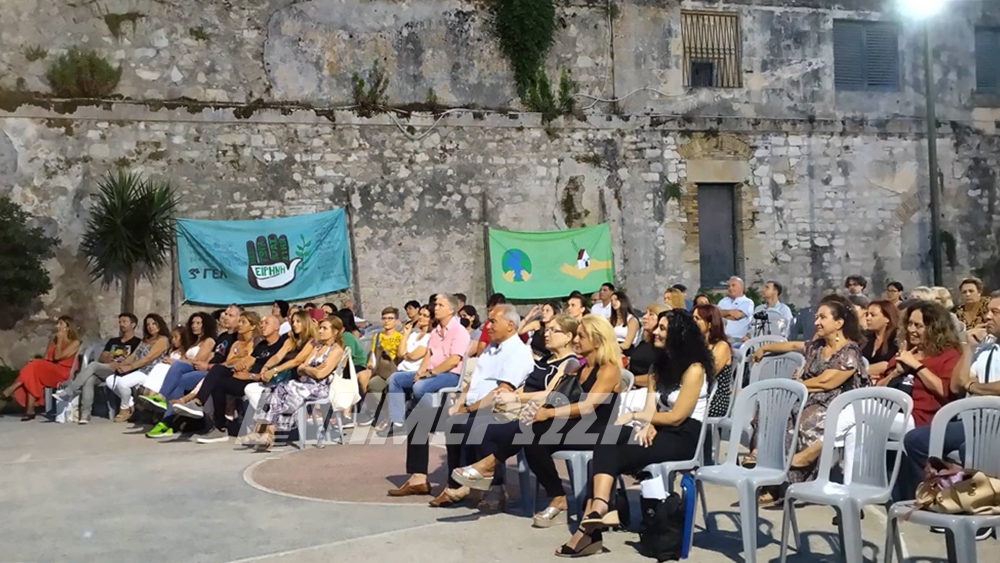 The event was attended by Ionian Islands Regional Director of Education Petros Aggelopoulos and Maria Nakasian, head of the Human Rights Educational Department at the Greek branch of Amnesty International as well as pupils, teachers and parents. School Principal Iphigenia Rakopoulou said that, as part of the programme, pupils focussed on major political and social problems and expressed it through art, which has been removed from Greek high schools over the last three years.

The pupils thus took the opportunity to passionately embrace the creative outlet that they have been missing and to communicate with society. The children also presented other items they had created, such as banners, collage and bookmarks on the subject of human rights as well as short articles and poems they had written.

The coordinator of the programme for the Ionian Islands was the Regional Director of Education. The programme began with pilot projects in 2019 and 18 schools in our Region took part.