CORFU. Local authority public employees are demanding an end to the insecurity for thousands of workers in today΄s 24-hour national strike.

Local authority public employees are demanding an end to the insecurity for thousands of workers in today's 24-hour national strike.

Corfu Union President Spyridoula Mamalou told ERT that an initial estimate indicates that there is nearly 70% participation in the strike. 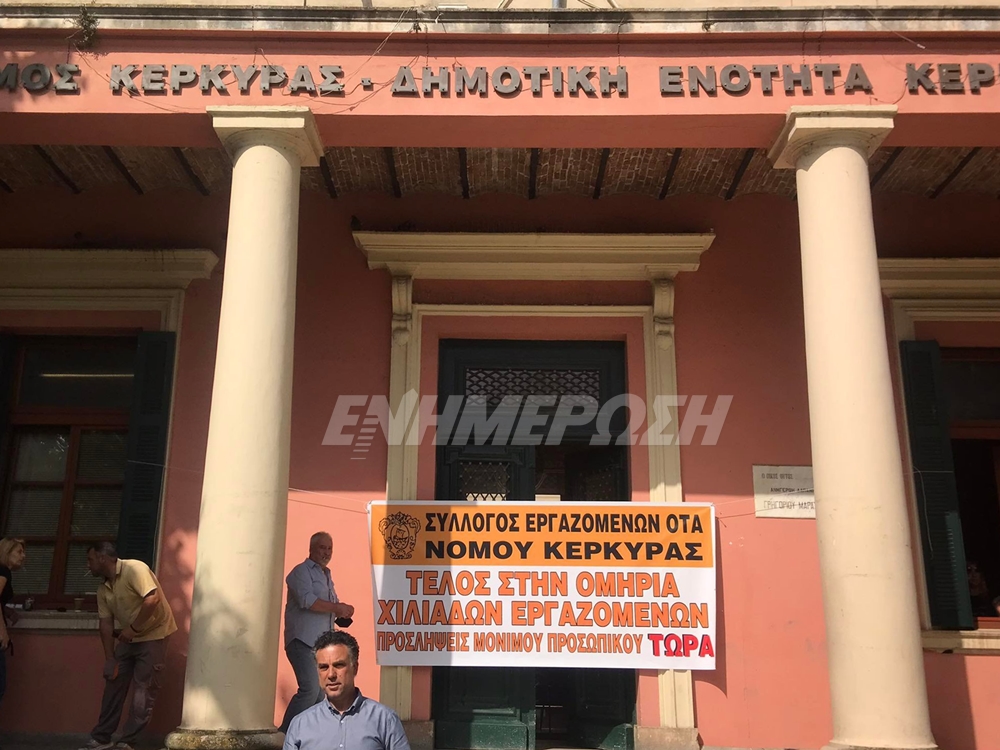 Local authority employees gathered outside Maraslio Town Hall this morning demanding that thousands of their colleagues who have been working on temporary contracts for years, covering basic needs, be made permanent.

The basic demand of the POE-OTA union is that all employees working on continuous temporary contracts be given permanent contracts. These include COVID-19 workers, ESPA workers at municipal childcare centres, social welfare, 'Help At Home' employees, school cleaners etc. They are demanding that the ban on recruiting permanent staff be lifted in order to cover the huge human resources needs.

The union is demanding that new permanent staff be recruited immediately and they are determined to defend the public and social character of local authority services, which some are determined to hand over to private interests. These demands will be put to the Ministry of the Interior if they meet with POE-OTA representatives.