Echoes of the Struggle

CORFU. The musical sheets will be displayed on 21 May in the "Echoes of the Struggle" anniversary exhibition at Corfu Municipal Art Gallery.

On 21 May members of the public will, for the first time, have the opportunity to see the original handwritten music sheets for the 2nd musical version of the Greek National Anthem "Hymn to Freedom" written by Nikolaos-Halikiopoulos Mantzaros at the "Echoes of the Struggle" exhibition at Corfu Municipal Art Gallery. 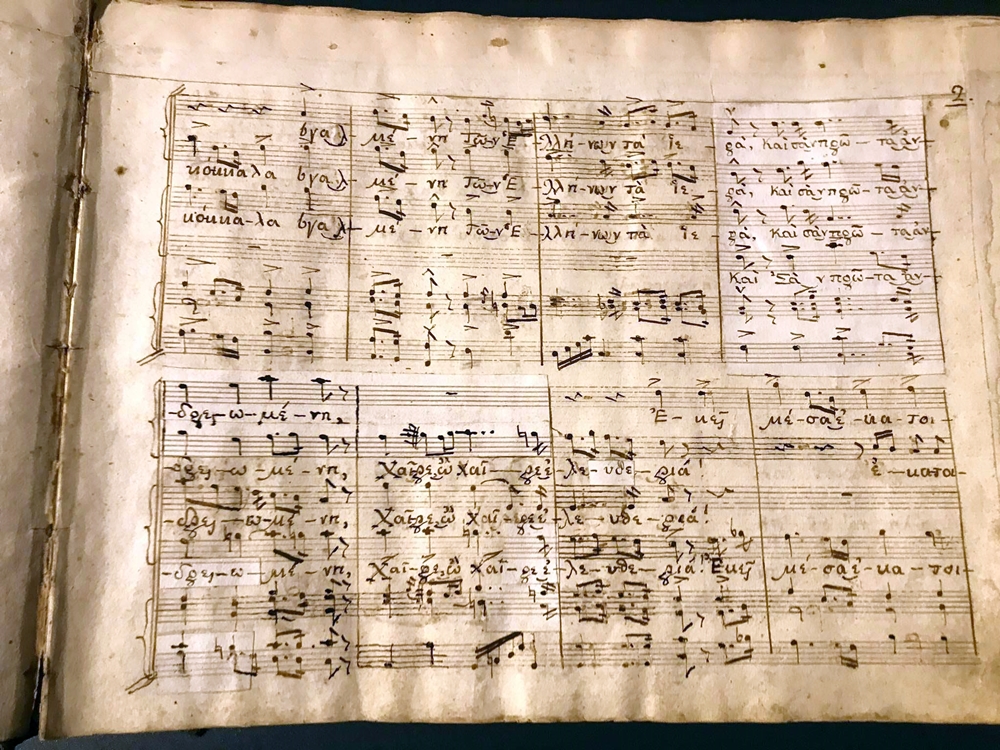 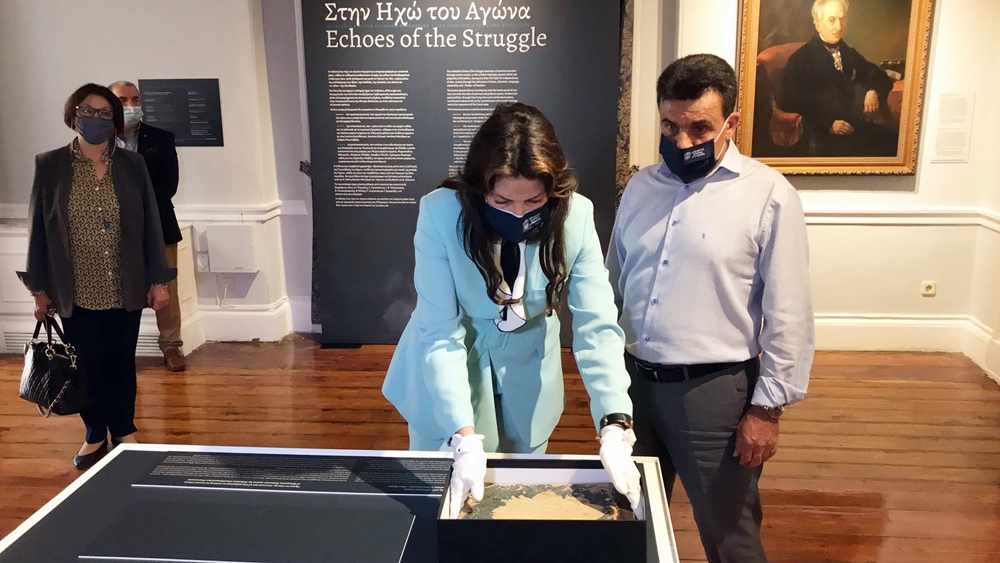 The music sheets, which are kept by Central Corfu & Diapontia Islands Municipality, were handed over to the Gallery Director today by Mayor Meropi Ydraiou in the Municipal Art Gallery permanent collection room. 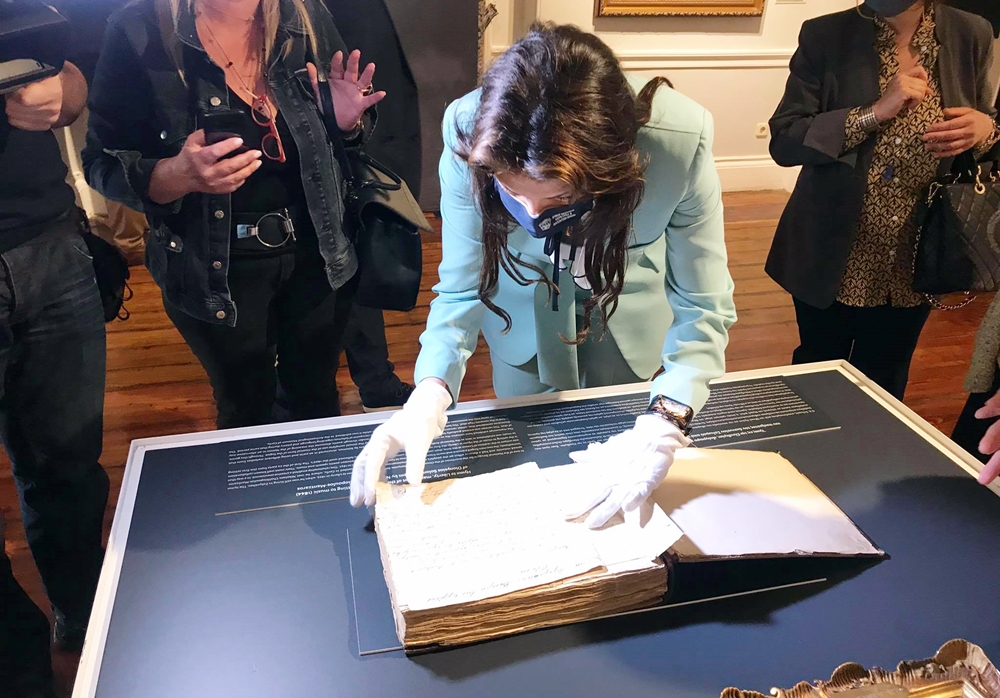 The opening of the exhibition will be attended by the Greek President Katerina Sakellaropoulou, who is in Corfu for the two-day May 21st anniversary celebrations.

The handwritten document, which has only previously come out of storage for maintenance, is a valuable heirloom which will now be seen by the public for the first time. It was presented to the Corfu Municipality in 1936 by the then Education Minister Giorgios Papandreou.

The "Echoes of the Struggle" exhibition is part of the celebrations of the 200th Anniversary of the 1821 Greek Revolution and occupies two rooms of the Permanent Collection Department which have been specially arranged to function from the reopening of the gallery until the end of 2021.

The exhibition also includes works from the San Giacomo Old Town Hall and works already at the Art Gallery - portraits, scenes of local life and engravings showing Corfu at that period of time. 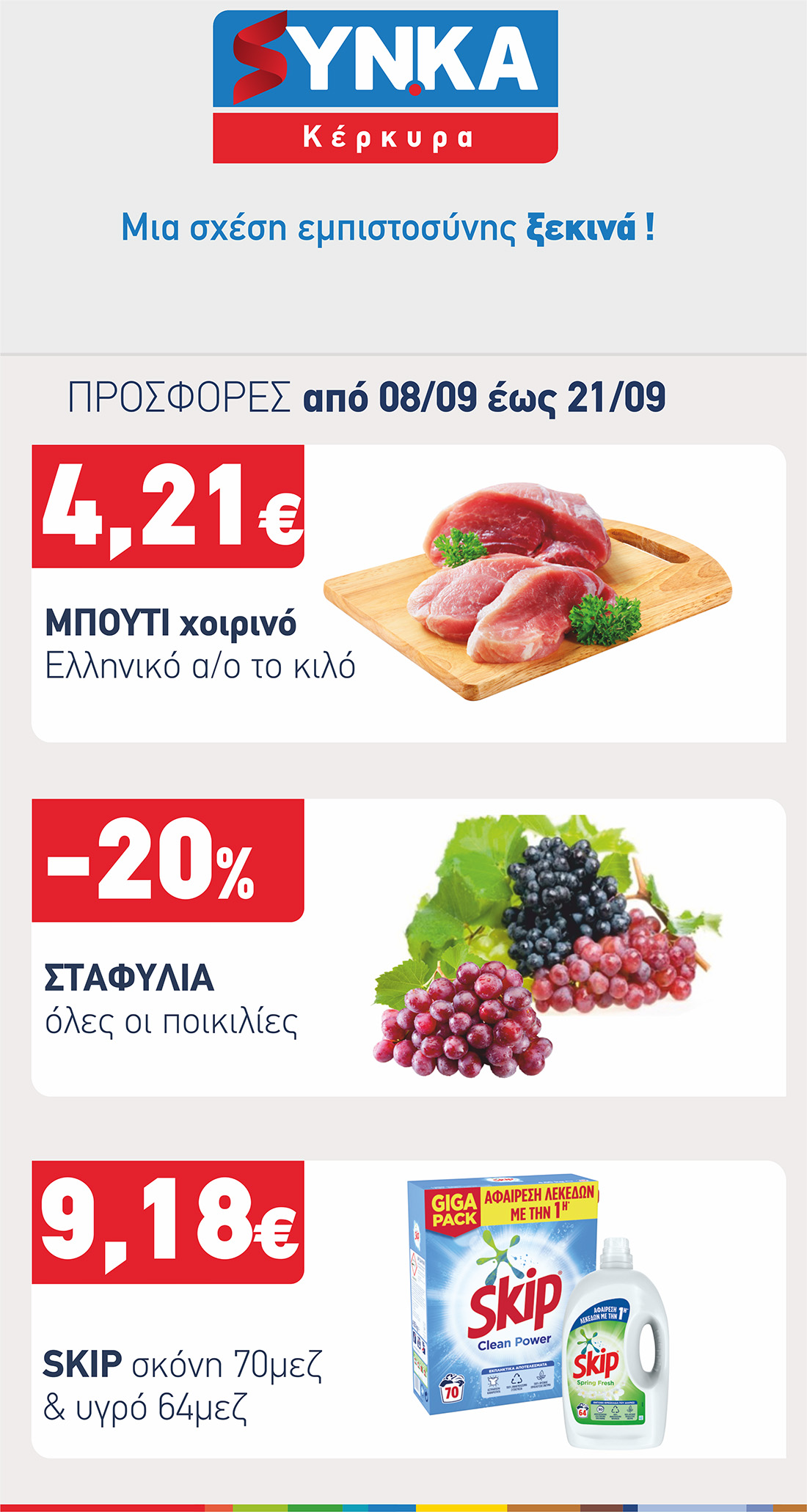