On Thursday 4 August, Enimerosi's Giorgos Andriotis attended the opening ceremony of the Phaex Festival at the Palace of St. George and St. Michael to meet the people behind this ambitious idea of the first dance music festival held in different areas of the island.

The word 'Phaex' is an anagram of the Phaeacians, the ancient name of Corfiots, who were described by Homer in the Odyssey as hospitable people who loved music and having fun. Apostolos Pavlidis, a member of the group that organised the festival, explained that the description of the Phaeacians could refer to the present. Thus, due to the island's historical relationship with music, the idea of a festival with famous producers of house and techno music emerged, which would be based on this relationship. 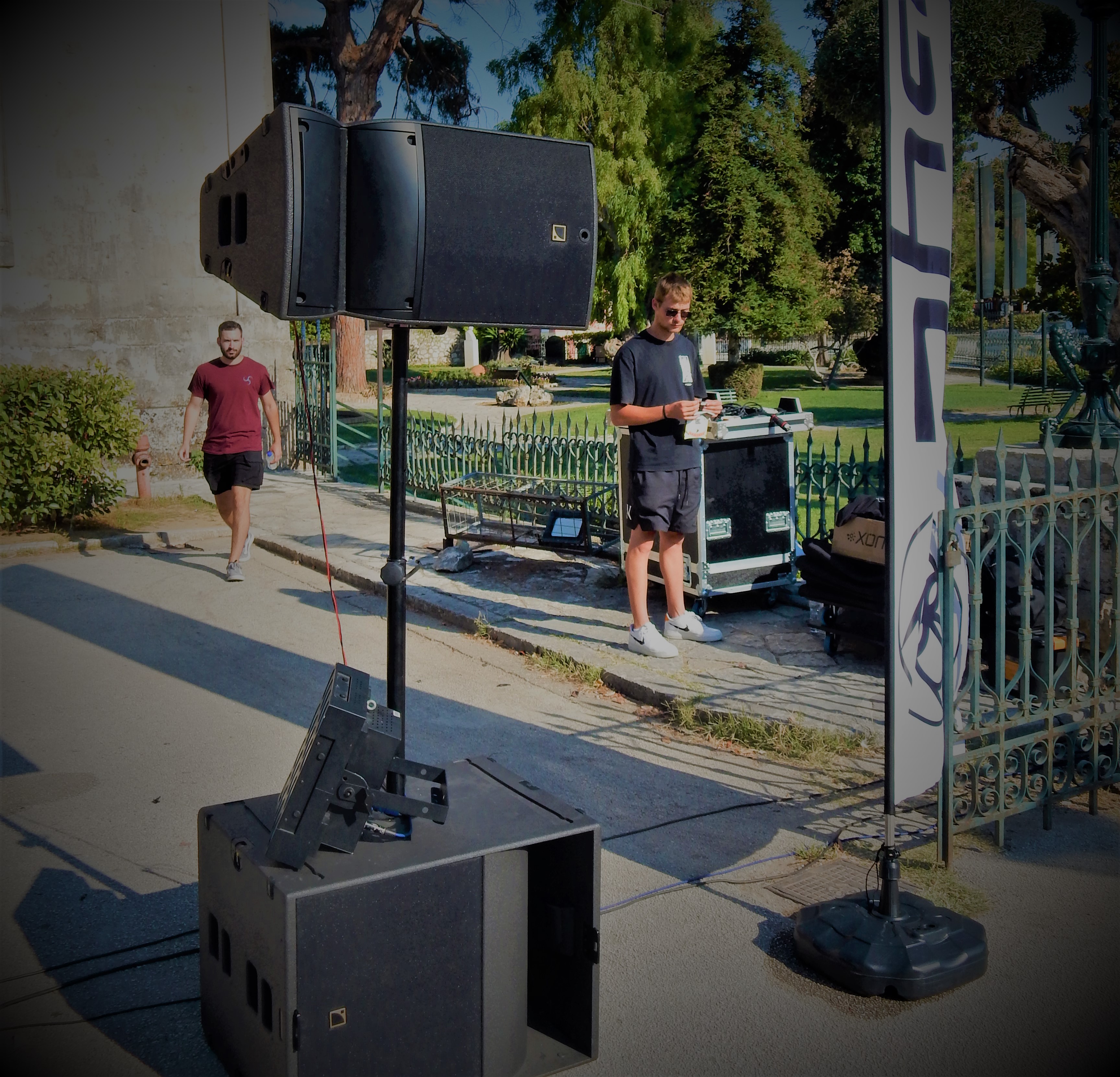 The fact that Corfu is an international tourist destination is a serious advantage, as access is easy and it is the perfect opportunity for the creation of a special interest tourism market, along the lines of international destinations for dance music lovers.

The production team consists of 5-6 young people, known in the island's night clubs, who have organised many successful parties and dance music nights in the past. As Apostolis Pavlidis informed us, for some years now the production team has been organising such events in Athens as well. However, their relations with Corfu have been and remain close. 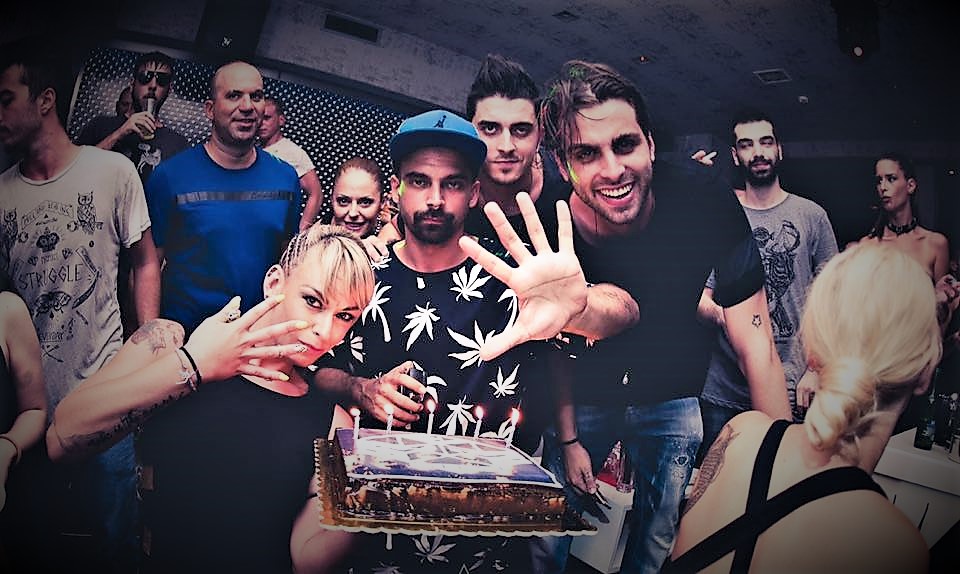 Apostolis Pavlidis (at the centre) with his crew in an older photo.

"I used to play in the 'Capodistrias' Philharmonic Society and the truth is that we really want to collaborate with one of the bands to present a concert with the orchestra accompanying the house and techno songs". Apostolos Pavlidis went on to say that "we proposed it to the 'Old' Philharmonic Society but we didn't have time to organise it. However, the Philharmonic was positive to consider if something like this could happen". 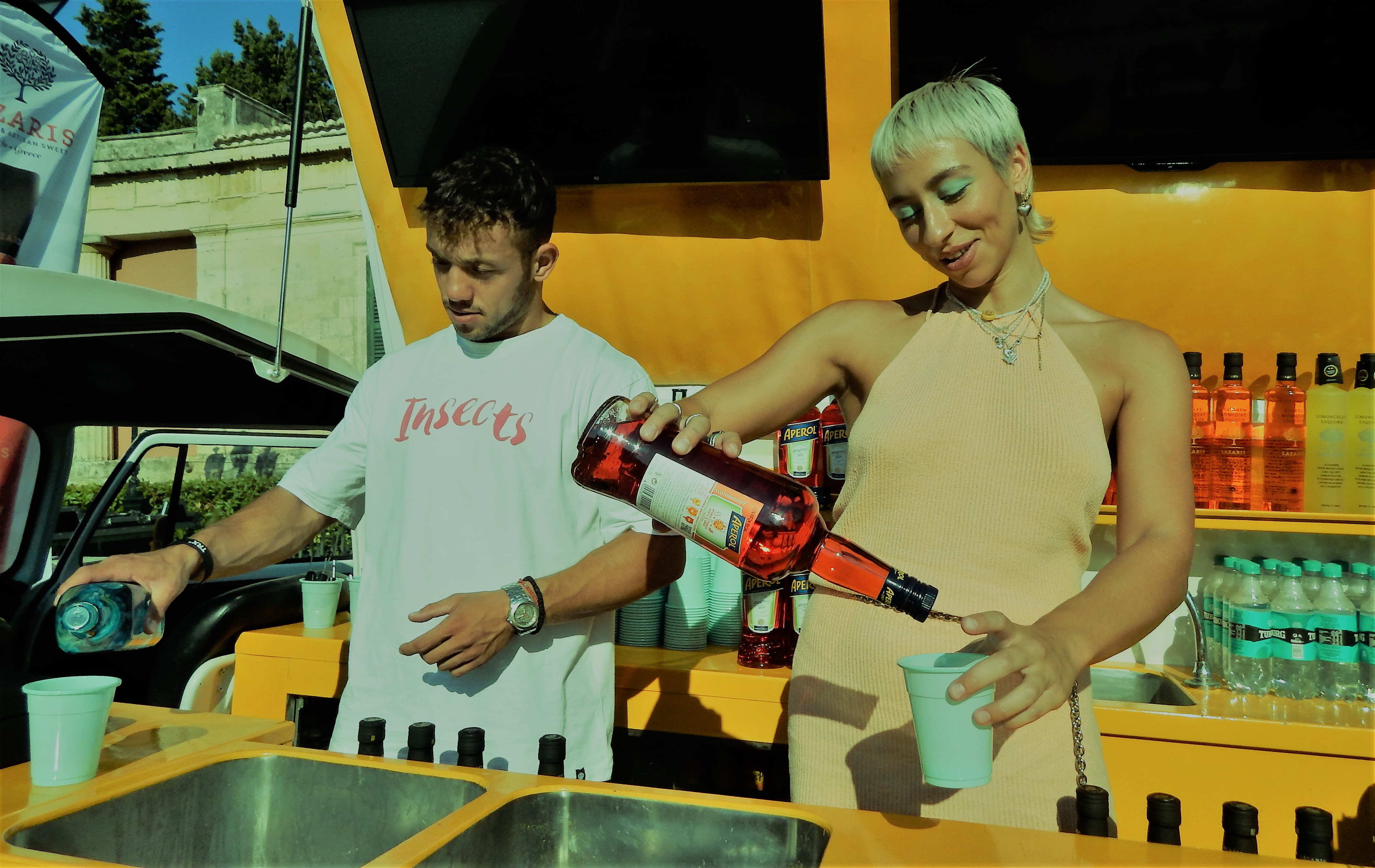 All these years on the club dancefloors, the artists they met and the opportunity that arose following the lifting of the Covid restrictions, enabled this productive group to organise their until recently exclusive vision into a festival that has the appreciation and support of the local authorities. Central Corfu Municipality and SYPAP helped the festival by providing the space and time. The dance nights are being held in different areas of the island and are hosted by various well-known clubs. 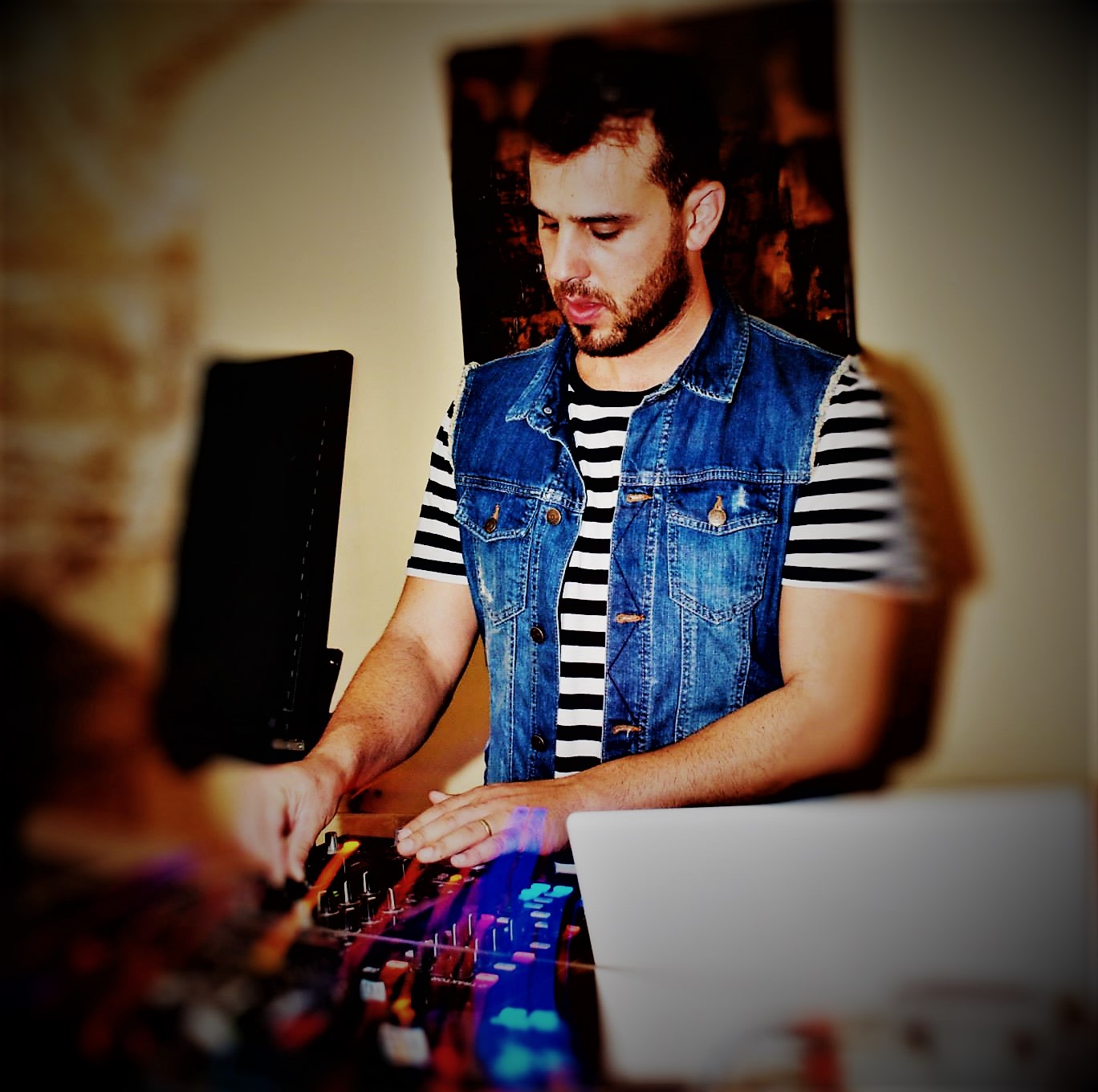 Petros Odin, a well-known Corfiot DJ and producer of electronic dance music, could not be absent from the Phaex Festival.

Another member of the group is Petros Odin, a well-known DJ and producer of electronic dance music, whose name has appeared in every major event with this kind of music that has taken place on the island for the last 15 years. He started working in clubs and elsewhere, but he evolved over the years and became a producer with a discography, participating in international events. In recent years his live performances are accompanied by live musical instruments. 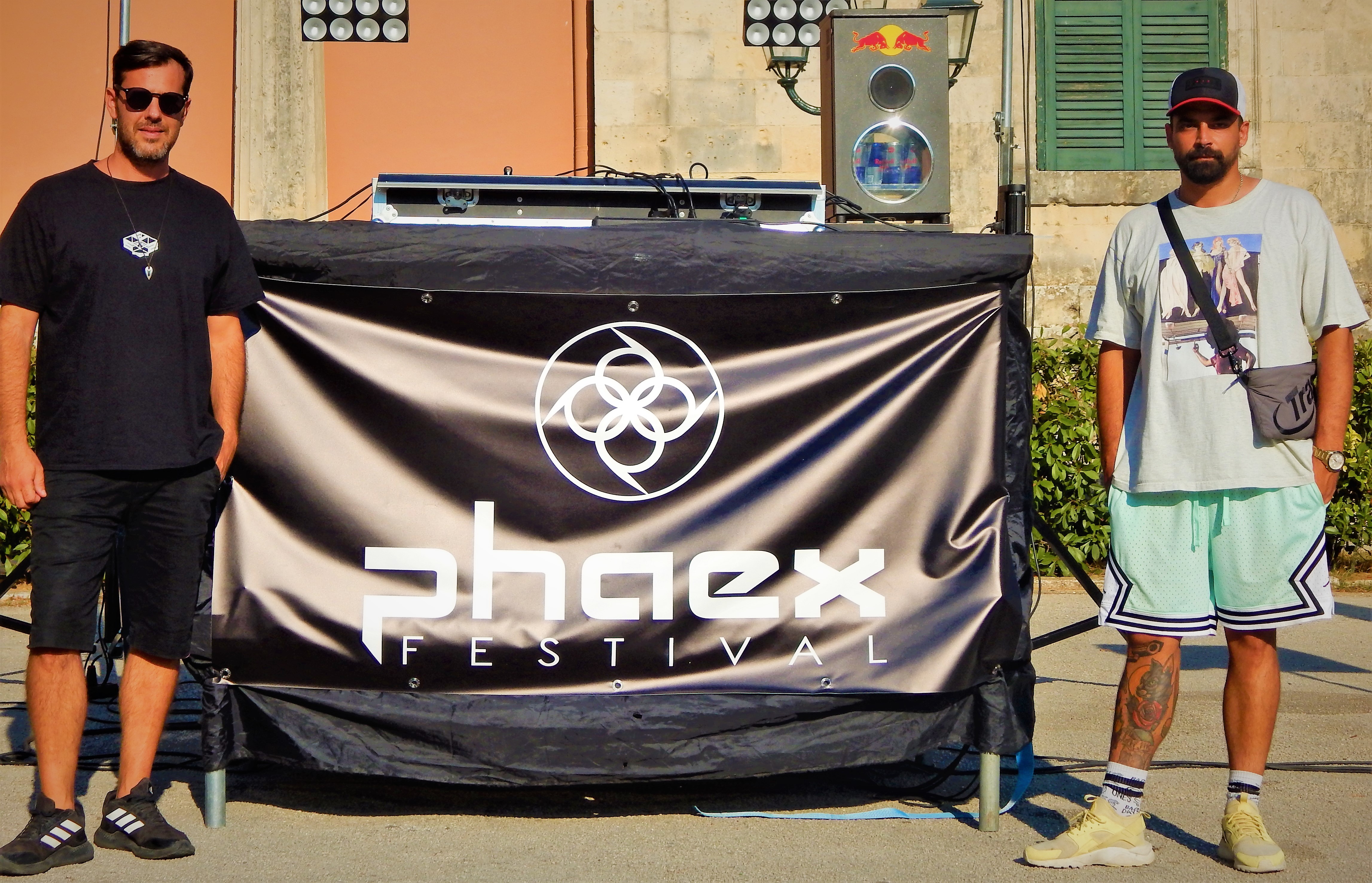 Petros Odin and Apostolis Pavlidis in front of the DJ decks

Petros played music at the festival's opening ceremony, along with other DJs, and for one night the palace columns vibrated to the sounds of music that seems to have come out of the near future. 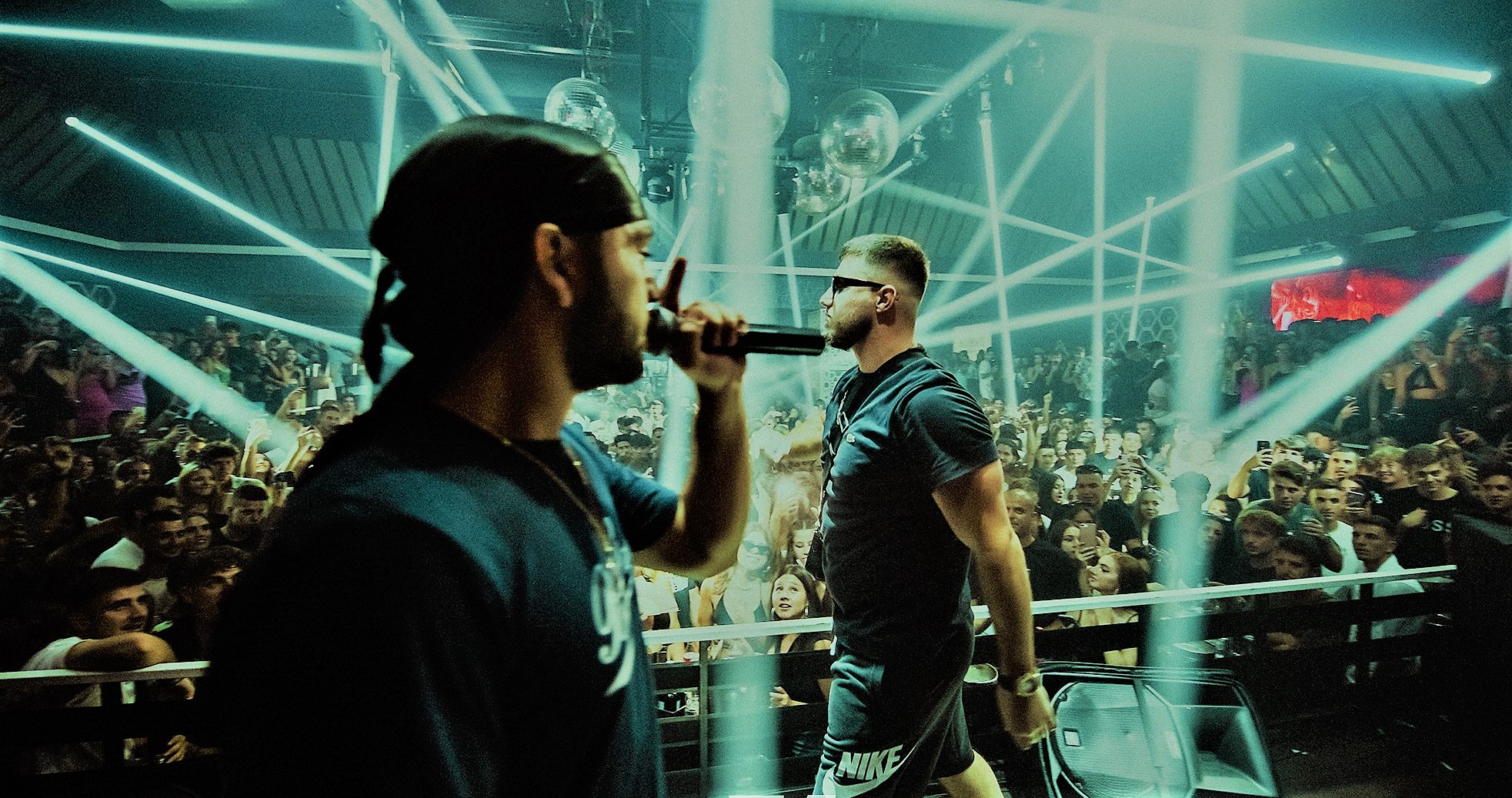 After 23:00 the party continued at a well-known club.