Shooting of "My Big Fat Greek Wedding 3" in Corfu 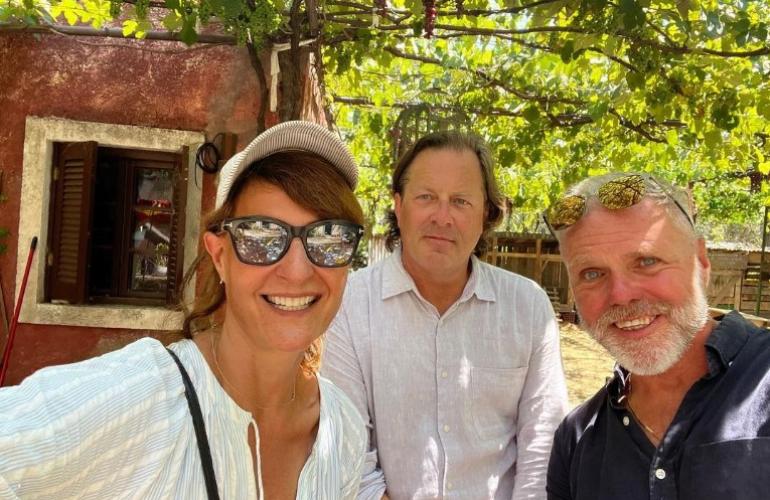 Cameras and crews start work today on Nia Vardalos' "My Big Fat Greek Wedding 3". After one and a half years of preparations, filming started in Athens (20-30 June) and is now being followed by filming in Corfu from 5 July until 3 August.

Actor, director, scriptwriter and producer Nia Vardalos has already started posting photos of herself and colleagues from the island.

Corfu became involved following the visits of Nia Vardalos and other members of the team after Easter. Meetings were held at the Corfu Imperial with local teams - cast and location managers, assistants etc. - and visits were paid to potential filming locations.

This continued throughout May, with visits to Vistonas (Enotis Olive Groves & Oil, Konstantis family - see photo above), Ag. Mathaios (The Governor's Olive Mill, Dafnis Brothers), Varipatades, Sokraki and, of course, the classic Boua Village in Danilia.

There has been tremendous interest from locals - professionals and ambitious extras - and it is estimated that over 500 people are needed.

The stars and the secrets

There have been no script leaks so far (it is still unknown whether the island will be referred to as 'Corfu') with one exception - Nia Vardalos made it clear that Toula and Ian haven't become grandparents. There will be a wedding, however...