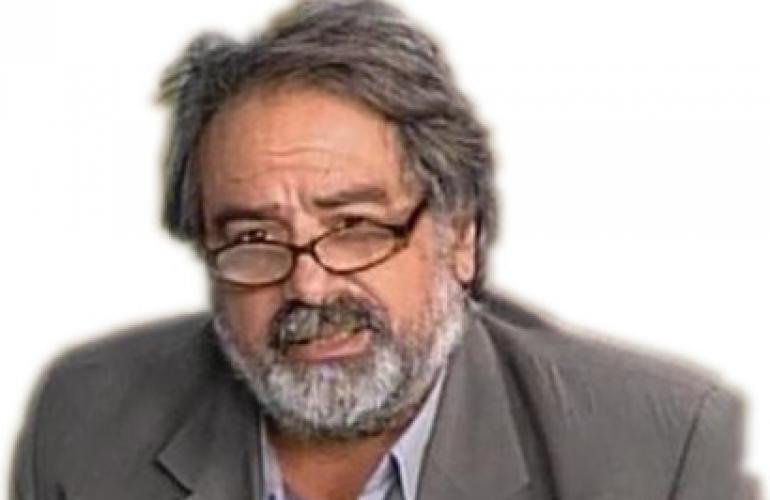 "Righteous Among the Nations" is an honorary title awarded by the Israel Holocaust Museum to non-Jews who risked their lives to save Jewish lives during World War II. If we, too, instituted such a title for the salvation of Greeks from non-Greeks during the Asia Minor Catastrophe, we would, for sure, award it to a hardly known person - a person who is not mentioned in any textbook, on any street of Greece. An objective Greek Committee for the Recognition of the Righteous Among the Nations would reverently kneel in front of the moral stature of this small American pastor named Asa Jennings. (E.g . the EKPA Committee for the 100th Anniversary of the Asia Minor Catastrophe.)


When everyone refused the transfer of the Asia Minor Greeks after the defeat, alone Asa Jennings was found dramatically in the midst of thousand dangers for the salvation of the hundreds of thousands of refugees who at that time were being gathered in waves on the waterfront of Smyrna. The refugees had been abandoned to their fate by the High Commissioner of Smyrna Aristides Stergiadis (who along with a British ship, and with his Greek collaborators, their families and their luxurious household items, would flee to France), by the Greek government (which with a strict order forbade the transfer of refugees to Greece!), by the Greek army (which, despite its erratic retreat, regularly boarded the ships to return home!) as well as by the surrounding Greek and multinational fleet. Between the vicious Greek government, the inactive captains, the terrible Kemal and the even more terrible Turkish patrols, on the one hand, and the unfortunate sick people who had to be treated in abandoned houses in Smyrna, on the other hand, Jennings started adding pressures on governments and consulates arguing that the world would soon be informed by himself of the moral responsibilities of all regarding the plight of refugees. Eventually, by organizing the transfer himself, he managed to do what governments and armies failed to do.


The unidentified(!) Captain of the Japanese merchant ship Tokei Maru is another Righteous among the Nations. When Greek merchant ships claimed damage to avoid the necessary humanitarian mission to the port of Smyrna, this second foreigner did not hesitate to throw the valuable cargo of silk and porcelain (worth of 200,000 pounds at the time, now 50 million euros) into the sea to board and lead to Greece 825 afflicted Greeks and Armenians. Righteous Among the Nations were also the members of the crew of the Japanese ship who all, according to testimonies, showed morality and humanity.


Finally, there are many Righteous Turks who, in those difficult hours of ordeal, found themselves, at the risk of their lives, on the humanitarian side of history.


PS.1, Unrighteous Among the Nations:

Hellenic Parliament, Law 2870/1922: "The disembarkation in Greece of persons arriving in groups from abroad is prohibited, as long as they are not legally equipped with regular passports, which are legally certified" (Passports, of course, would not be issued.) The law was passed unanimously.


Arist. Stergiadis, High Commissioner of Smyrna, Aug. 22, 1922: Approve the dispatch of about 500 orphans to Athens. " (Stergiadis, chosen by Venizelos, as well as the anti-Venizelos partly, shortly before his departure for France!)

P. Protopapadakis, Prime Minister of Greece, 22 Aug. 1922: "As for the food (of the orphans) we are unable to undertake any obligation."


Unrighteous Among the Nations thousands of known and anonymous, Venizelist and anti-Venizelist, who (as promoters or as customers) led and installed in the then known public whorehouse of Vourla in Drapetsona, Piraeus, many of the wandering ragged and mentally crippled orphaned girls.


PS.2, Martyrs Among the Nations:

Martyr Among the Nations Smyrna’s Chrysostomos, horribly lynched, while aware of the Turkish mob’s rage against him, refused, as long as there were Greeks in Smyrna, any offer to board any ship that was offered to him in order to save his life.