Recycling and implementation of sorting at source in North Corfu Municipality 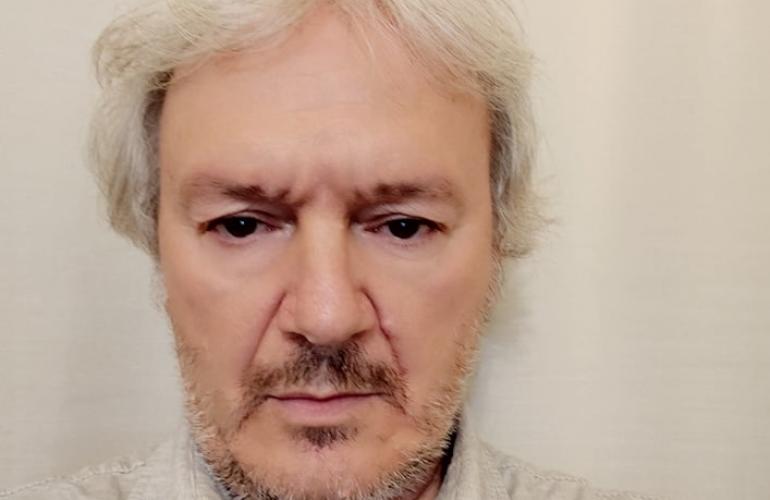 Recycling and Implementation of Sorting at Source in the North Corfu Municipality during the period September 2019 – September 2021.

In a previous analysis it was shown that the recycling rate in Corfu for the period 2014-2020 ranged from 4.4% to 6.6%. More specifically, the returned residue from the process of sorting the collected quantities of the blue bin’s recyclable materials in the Recyclable Materials Sorting Centre, which is sent to the landfill, reached an inconceivable level of 50% and 60%. These rates create a bad image for Greece and indicate the need for a change in strategy and a transition to more efficient Urban Solid Waste Management models.

Since the three Municipalities in the Corfu Regional Unit were created, the Urban Solid Waste Management in the North Corfu Municipality has been substantially different from that of the other two Municipalities of the island. It should be noted that, as a Municipality, it was recently awarded a Green Award by the Economist magazine for its cooperation with voluntary initiatives, Social Cooperative Enterprises, NGOs, etc. in order to promote recycling.

The study of the Urban Solid Waste Management in a popular tourist Municipality with a population of 17.8 thousand permanent residents, such as that of North Corfu, is of particular interest. That’s because, on the one hand, it is trying to apply and implement the serious legal obligations for the recovery of natural resources – something which in other Municipalities is lagging behind – and, on the other hand, it utilises, for this purpose, the innovative social phenomenon of ‘Recycling Green Spots’, which emerged as a spontaneous and creative response from the island's residents to address the huge problem of accumulation of rubbish on the streets in 2018-19.

Since September 1, 2019, when the North Corfu Municipality was created following the split of the single Corfu Municipality, there is no blue bin network and in 2019 there had been recorded a recycling rate of zero. At that time, 6 ‘Recycling Green Spots’ were operating within the boundaries of the North Corfu Municipality, which were created by local voluntary initiatives by active citizens and were the only collection points for clean pre-screened recyclables whose collection was supported exclusively by a local professional. It is also worth mentioning the case of the ‘Recycling Green Spot’ in Arillas, a community of 400 residents and a very popular tourist destination, which in just one month managed to divert about 63% of its total waste from the Temploni landfill. This achievement was the result of a self-organisation and a common decision and commitment of the local community for Sorting at Source and the implementation of separate management for organic waste through home composting with the active participation of the majority of professionals and households.

The Municipal Authority is appointing a Deputy Mayor for the Circular Economy and the Environment and is developing this type of management in most communities, schools and hotels, creating a ‘Recycling Green Spots’ network. It is also continuously providing adequate information to citizens on how the separate collection of four streams of recyclable materials (plastic, paper, metal and glass) works. Gradually, to date, 107 ‘Recycling Green Spots’ of 4 streams have been set up with the prospect of reaching 150 in the near future so that they are located within close distance and easily accessible to the citizens in all 38 communities of the Municipality (2-3 per community).

According to the official data, in 2019 there were zero materials recycled, while in 2020 they amounted to 226 tons, to which we must add 56 tons collected by the Sinies Social Cooperative Enterprise and 116 tons of glass. Given that the production of mixed materials was 7,812 tons, the recycling rate achieved in 2020 is 4.8% of the total Urban Solid Waste production.

In the period January-September 2021, and as more and more ‘Recycling Green Spots’ are gradually being created, the following were collected: a) 450 tons of recyclables from the Municipality's network, which also included clothes (separate stream from June 2021 in collaboration with the Social Cooperative Enterprise ‘All Together for Corfu’) and b) 178 tons from the Sinies Social Cooperative Enterprise. These quantities do not include a) the quantity of recyclables from the Green Spots that are not collaborating with the Municipality’s network (estimated at 20-50 tons per year per Green Spot), b) the quantities resulting from the recycling of about 1,500 mattresses and other bulky items, such as furniture and c) the quantities of glass that are expected to double and/or triple (estimated at 150-200 tons) due to it being collected in many places.

Finally, it should be noted that through the reuse action promoted by the North Corfu Municipality – mainly through the ‘Recycling Green Spots’ of Kassiopi, Acharavi and Arillas – there are significant quantities of clothing and items such as furniture, household items, electrical equipment, etc. which the citizens obtain free of charge, that are given a new life and thus being diverted from the green bins.

Taking into account all the above and the data in the following table with the recorded quantities for the first 9 months of 2021, the recycling rate for 2021 is 8.33%. This is almost double the recycling rate of 2020 and triple the quantities recycled. Taking the above observations into account, the actual recycling rate for 2021 is estimated to be between 10.1% and 10.7%. As shown in the Table, a very interesting feature is the constant increase in the recycling rate each month during 2021, from 7.34% in January 2021 to 8.33% overall in the 9-month period (January-September 2021). This is an indication of the momentum that recycling has gained in the North Corfu Municipality, as a result of public awareness and the gradual integration of more new ‘Recycling Green Spots’ into the Municipality's network and it is expected to result in a further increase in the recycling rate in the coming months.

In summary, within 2 years the North Corfu Municipality has achieved recycling rates from 0% to 4.8% in the 1st year and over 10% in the 2nd year. These are purely recyclables from the pre-screening of separated materials with a possible single digit residue (less than 5%), while the relevant report from the Hellenic Recovery Recycling Corporation is awaited after the examination of the recyclables. In any case, this is an impressive result, which is not a surprise for those familiar with the subject. The result of the strategic choice of developing ‘Recycling Green Spots’ is the doubling of the recycling rate in the second year and without even having started the separate collection of organic waste using the brown bin, which is obviously the biggest challenge for the North Corfu Municipality. It should be noted that the Local Waste Management Plan, which has been drawn up with a ten-year duration, foresees that once the selected management focusing on Sorting at Source is fully developed, it aspires to end up with a residue of no more than 10% of the total Urban Solid Waste production.

The possibility of recovering natural resources reflected in the recycling rates and the monitoring of their evolution over time in the North Corfu Municipality is of particular importance. Especially if we compare it to the pioneer in Greece, the Vari - Voula - Vouliagmeni Municipality, where with the implementation of Sorting at Source and the ‘Pay as you throw away’ and ‘Earn as you recycle’ systems, it is expected to achieve diversion from landfills to rates of over 70% within the next 24 months or even the 90% that the Treviso Municipality in Italy has already achieved by implementing Sorting at Source without incineration and is aiming for 96.7% within 2023.

In other words, we must understand how important it is to immediately start the separate collection of biowaste in all Corfu Municipalities and to realise early on the multiple benefits that arise from the creation of infrastructure that will receive the organic waste produced on the island, which is estimated at a total of 30,000 tons per year. Such benefits can be: a) environmental, with the production of a high-quality soil conditioning preparations useful for agriculture, which will replace imported fertilisers, b) economic, with savings in management and/or transport costs and natural resources by curbing imports of primary mineral materials, and c) social, with the creation of incentives for wide participation and new quality green jobs, given that Sorting at Source in all its aspects is a labour-intensive model worldwide.

The abovementioned optimistic messages should ‘boost the confidence’ of every institutional body in all Municipalities, Regions or management bodies that are involved or aspire to become involved in Sorting at Source and are planning such actions in order to enhance their efforts. The numbers seem to justify all those who choose to invest and work methodically on people-focused separate collection systems, spreading the benefits to local communities.

The shift of Urban Solid Waste management towards models that lead to high rates of recovery of natural resources, such as Sorting at Source, especially with the door-to-door scheme, the separate collection infrastructures for recyclable materials and the implementation of the ‘Pay as you throw away’ and ‘Earn as you recycle’ systems, are fully compatible with the Circular Economy, are eligible actions, are co-financed by European funds and have the Commission’s full support. As a result, all Municipalities can change for good for the benefit of their citizens and the natural environment, if they decide to follow – dynamically, consistently and without setbacks – a steady course towards a modern decentralised waste management.