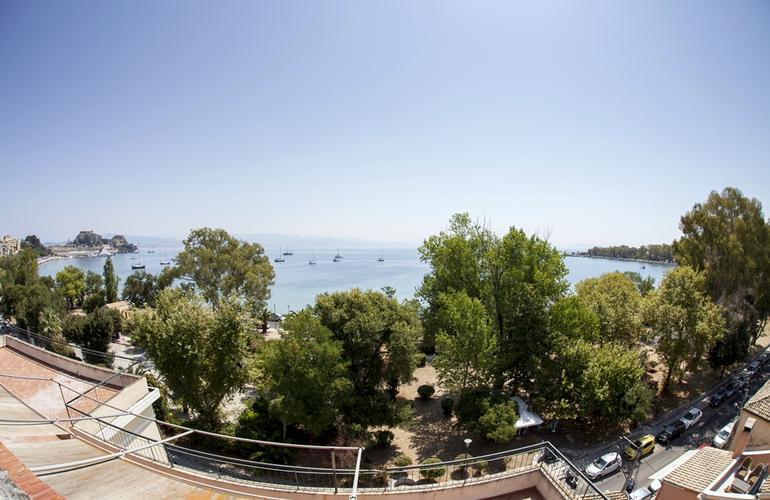 CORFU. Deputy Mayor - The contractor for the project will be finally decided in September.

Work on the redevelopment of the Garitsa and Anemomylos Parks is expected to begin in autumn - barring unforeseen circumstances - a project which will transform the area - improving the quality of life, making the town more attractive and also contributing to sustainable development.

Central Corfu and Diapontia Islands Deputy Mayor for Technical Works Nikos Kalogeros told Enimerosi that a provisional contractor has emerged from the tender process and once the required procedures are completed in September, the final contractor will begin work immediately.

The new Municipal Authority is taking the opportunity to implement this project, which has been the vision of both residents and political authorities. As early as the 2000s, efforts had begun to upgrade these areas and a redevelopment project had been put out to tender but never actually proceeded, turning it into a burning ambition for all preceding authorities, with Mr. Nikolouzos being the last one to include it in the Integrated Spatial Development (OHE) Corfu projects, which probably contributed to its inclusion in the Operational Programme “Ionian Islands 2014-2020”.

The redevelopment project includes the following:

-Improvements to the existing children's playgrounds in Garitsa and Anemomylos Parks.
-Upgrading of the existing basketball court.
-Installation of adult gymnastics apparatus for outdoor exercise in an area to the north of the basketball court and near the Anemomylos playground.
-Complete replacement of electrical and plumbing installations.
-Replacement of street lighting.
-Creation of petanque courts.
-Creation of area for special events with a small seating tier.
-Complete reconstruction of public toilets.
-Repair of pedestrian paths.
- Construction of new roller- skating rink of approximately 900sq.m. adjacent to the basketball court.
-Installation of automatic watering system.
-The remaining green spaces will be upgraded with the placement of lawns on the sections located on the inner side and automatic watering where required. Plants will be planted along the green sections facing the sea, as well as the middle sections, which will add some colour to the area. There will be borders with buxus plants along the paths and trails.
-Pruning
-Repair of shore pavement and facilities for the visually-impaired
-Replacement of equipment and addition of new equipment (bins, benches, table tennis, bridge and chess tables).

The completion date of the project, with a total budget of €2,851,212 is 31/12/2022. However, the work being carried out may cause inconvenience to the catering businesses located there - and this following that caused by the prolonged furlough due to the pandemic.

According to Mr. Kalogeros, the work that may need to be done in front of these establishments will be carried out during the off-season and in consultation with the business owners.

“There may have been an inconvenience if they had not removed the canopies. However, there has been proper discussion between the owners, the Technical Works Department and the Mayor and they have all been removed by the businesses voluntarily, which has really changed the park’s image -  it has become more beautiful and human. If there is an establishment in the area where trees need to be removed and others planted, we will direct the contractor
to do the work in front of it during the off-season or in consultation with the qwners. There will be no disruption during their work. However, the work will not be carried out completely based on the businesses' priorities but based on the priority set by the Municipality for the benefit of citizens,” he concluded.