Couple raise newborn kittens found dumped in a bag like their own babies! 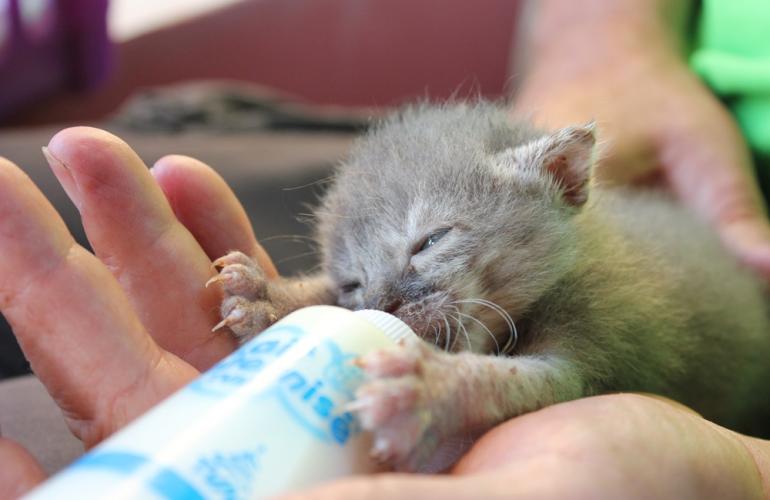 CORFU. Their story could be called “My family and other animals”.

The kittens' crying became anticipation, then trust, then purring in the first month of the newborn kittens’ lives. Their chances of survival were minimal the day they were taken at birth, enclosed in a plastic bag and dumped from a car in a roadside ditch. Yes, there are such people.

But there are also others like Takis and Elena. They went through a variety of emotions. At first, they were outraged, then they felt despair, and finally a great, furry tenderness came and curled up on top of them.

The two lawyers from Athens, with Corfiot roots, found the tightly tied bag near the fence of their small cottage. They opened the bag and saw the four newborns, with the umbilical cord still attached, and the rest is history. They were unable to find a cat to nurse them, but they found commercially available powdered breast milk, bought a tiny feeding bottle and began the rescue operation - knowing from the beginning that they would not be able to adopt any of them. 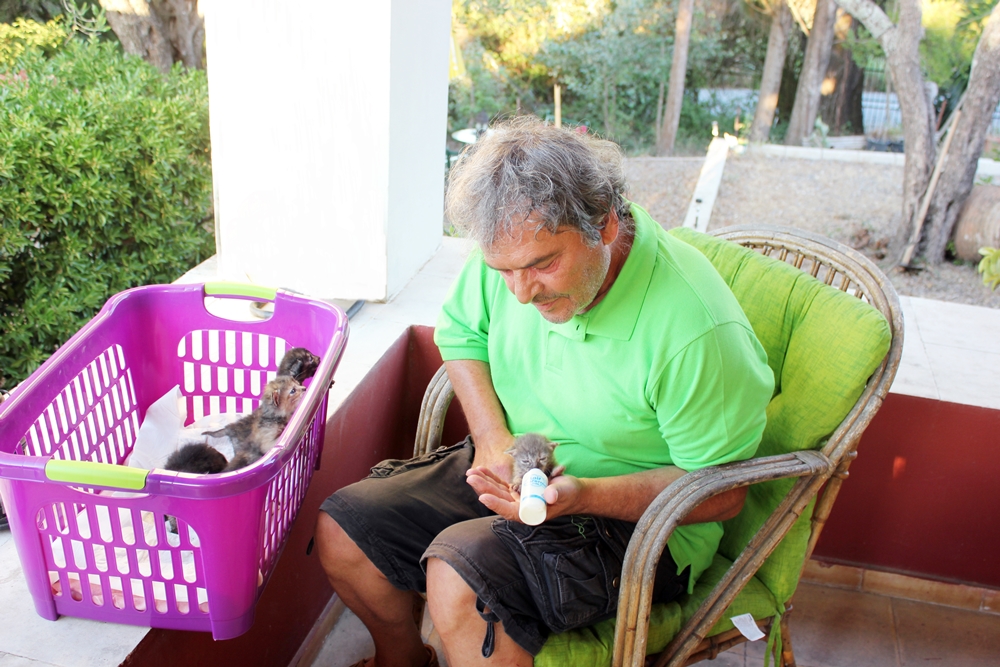 Their summer vacation became adapted to the kittens' schedule. They make milk with the milk dispenser, set the temperature at 37 °C and feed the kittens every three hours. At night they set an alarm to feed them again, clean them and change their diapers.

When they have to go out, they don't go too far, and as feeding time approaches, they are like… cats on a hot tin roof. 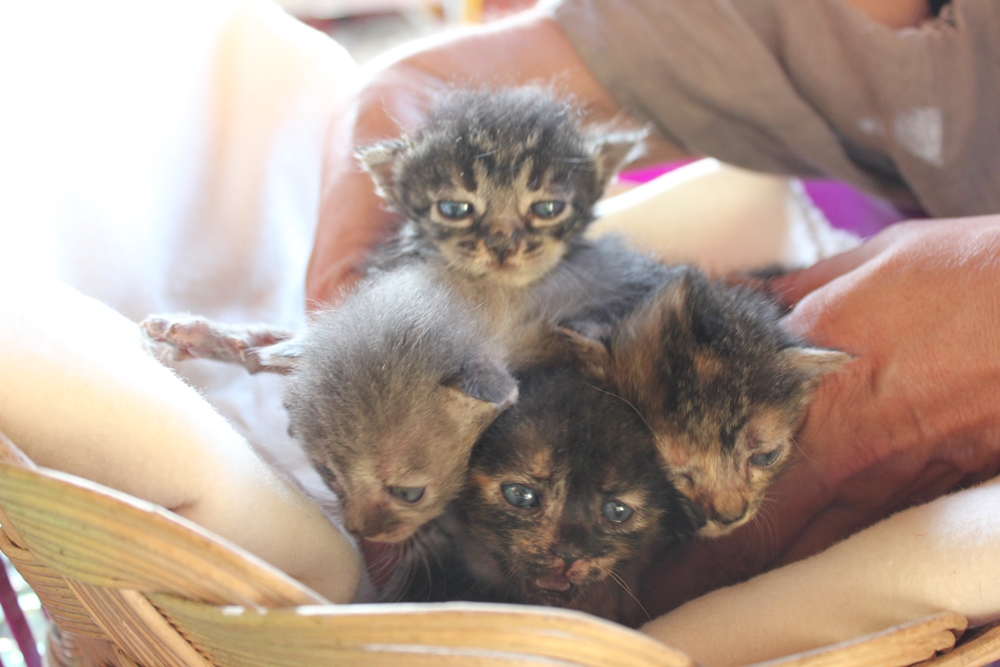 “Aren’t all these a bit too much?” a friend asked them. Takis, the most conscientious cat dad on the planet, smiles. He knows that not everyone can understand their devotion. “We're made that way, what can we do?”

They love animals as much as people and it is as if the universe conspired to make their paths cross. It is not the first time this has happened. They began to recall similar cases of animals they have rescued. Digging into their memories, a number of similar stories began to come to the surface. “Do you remember, Takis, when we...” and then “Have you forgotten when…?” Eventually, we lost count. 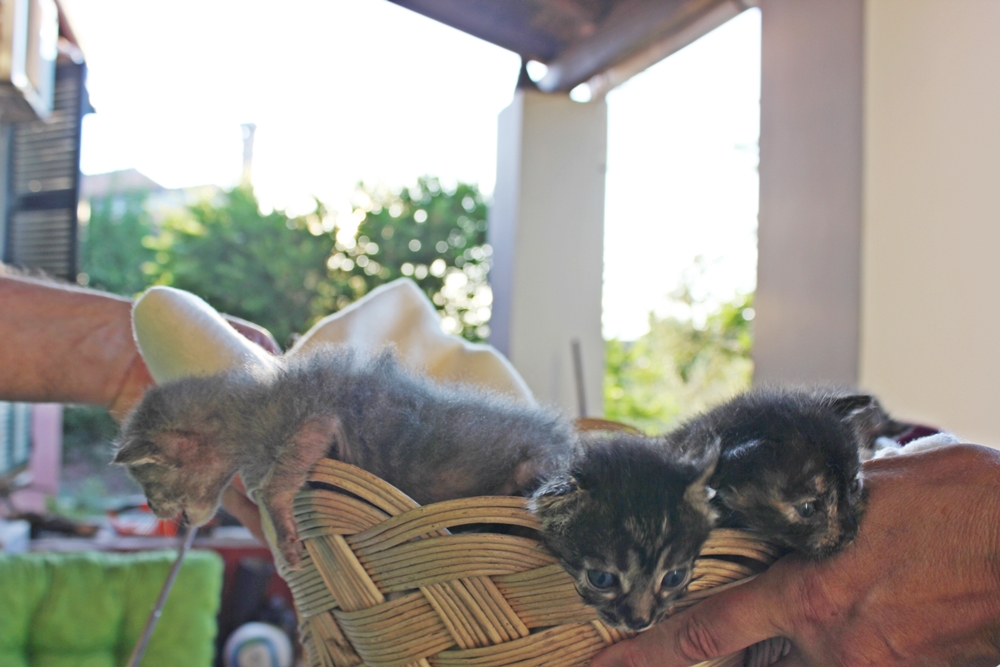 The kittens survived, and they're about to start eating. “I feel very proud!” says Elena, beaming. Immediately afterwards her face darkened. “Now who will adopt them? We have to go back to Athens, we have three animals in our apartment...”