The Balkan Championships in Serbia 26-27 June were Spyridoula Karydi΄s last opportunity to achieve the Olympic qualifying mark of 14.32m in the triple jump.

The Greek team to take part in the Tokyo Olympics will be finalised on Tuesday 29 June but, unfortunately, Spyridoula was not able to qualify.

Yet again the young Corfu athlete came close to her personal best of 14.19m and showed that she is in good form ahead of the European Under-23 Championships in Tallinn. She came second in the triple jump with 14.12m on her third attempt. She also had a good jump on her fourth attempt but got the red flag. The winner was Philipic with 14.25m. 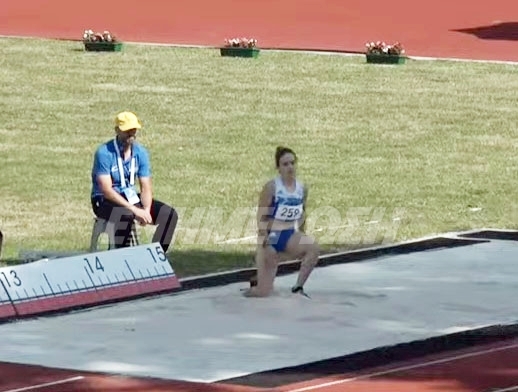 At this stage in her career not taking part in the Olympics is not a big setback as the next ones will be held in three years time when Spyridoula will still be just 23 years of age.