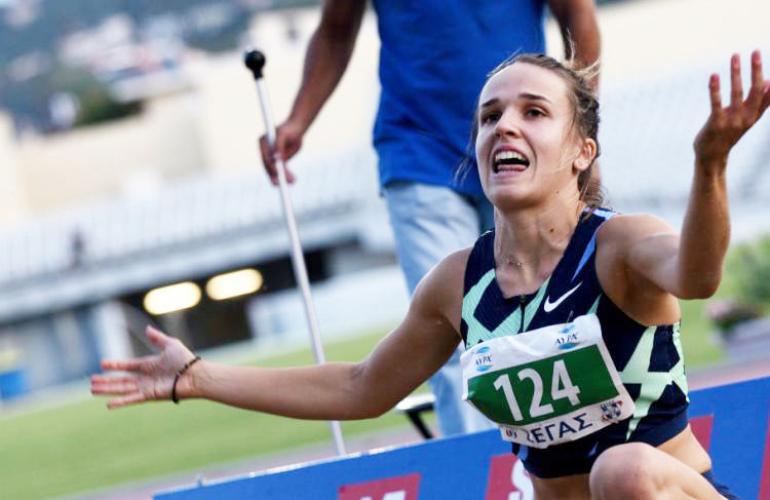 Young Corfu athlete Spyridoula Karydi won the triple jump at an international athletics competition in Kallithea, Athens with a personal best of 14.19m.

Karydi told sports3.gr that that her main objective is always to achieve a personal best and added that she enjoys competing at the Kallithea stadium and is busy preparing for upcoming competitions. "This was our goal," she said. "My second jump was the best but those following were not so good. I am happy and so is my coach, I believe. I will be competing in Chania, in Italy, the National Championships and the European Championships."

With regard to the lack of spectators she said, "It's terrible when the stadium is empty. You feel as if you are doing a training and there is noone there to lift you. It felt the same at the European indoor championships."

The Corfu athlete Dimitris Monopolis also did well in the men's triple jump, coming second with 16.03, his best performance this year. In the pole vault 17-year-old Iro Bradi achieved a personal best of 3.90m, promising better things for the future.