Foreign Policy For Human Rights and Against War Crimes 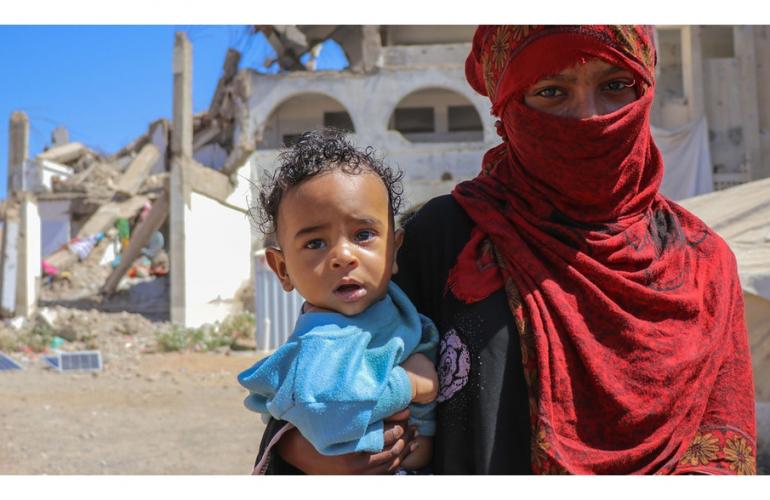 Turkey's stubborn refusal to recognize the Armenian Genocide is indicative of how its government and the Turkish opposition (apart from the left-wing HDP) perceive human rights and the historical responsibilities of the once Ottoman state. And if the victims, at that time, - as they say - were the perpetrators, and the 1.5 million dead Armenians were a collateral loss of the WW1, then the same crime against humanity will be repeated. This is not just a matter for the Armenians, but also a matter for us. And for our foreign policy.

There is no doubt that Mitsotakis-Dendias foreign policy has achieved significant successes. Perhaps the biggest one is the cool and balanced response to Erdogan's unprecedented challenges, even with diplomatic distractions. It is not insignificant the fact that its ears remained closed towards the Sirens of the well-known group of hot-blooded Greek analysts, retired military staff, and journalists who for months have been shaping the climate (mainly by misinforming) and pushing for a hot episode ("first blow" etc) in the Aegean, during which episode the Greek-Turkish disputes will supposedly be resolved quickly.

At the same time, however, the government's difficulty in formulating a stable Greek foreign policy for the protection of human rights in delinquent countries is obvious, especially when these countries are neighboring our country. Our government underestimates a factor that in the post-Trump era plays a bigger role: human rights in the neighbor country, but also more widely in the Middle East.

When opposition journalists in neighboring Turkey are being persecuted, when the country's third party (HDP) is being threatened with abolition, when American policy, at least at the level of rhetoric, finally puts the charter of rights first and urges the UN to play such a role, when the EU institutions, albeit belatedly, make clear accusations against the neighbor country for dictatorial diversion of its president, then you should not confine yourself to the usual Aegean agenda.

We (the Greek taxpayers) are currently equipping the, rich as Croesus, Saudis with a Patriot array (defensive weapons that of course may become aggressive), at a time when the US President, on the occasion of the dismemberment(!) of journalist Khashoggi, raises rights issues against the country of Sauds. But, mainly, at a time when the (according to the UN) world's largest humanitarian crisis is developing in northern Yemen, with the criminal responsibility of Saudi Arabia and (our also new "allies") the United Arab Emirates, in addition to Houthis. [The ongoing bloody war in the south of the Arabian Peninsula is a proxy war, mainly between Saudi Arabia and Iran on the Yemen’s ground.]

Postscript.1: Regarding human rights, the previous government was similarly problematic. It left comrade Demirtas, leader of the HDP, in prison in Edirne without an international initiative of its own, it sought to extradite to Turkey the 8 asylum seekers military officials, at Erdogan's request, and it eventually armed the sinful Saudi Arabia with shells. (The debate, then provoked by New Democracy’s party, was not about the sinful country of destination of the missiles, but about the illegal intermediaries of the transaction!)

Postscript.2: What is the opinion of the Parliament’s Legal Service regarding the legality of the allocation of funds of the country’s tax revenues for the defense of a third country that even commits war crimes. The Service should also investigate the possibility of criminal liability of the country that arms this third country. (For the war crimes committed by Saudi Arabia in Yemen: https://news.un.org/en/story/2020/09/1072012 and https://www.hrw.org/world-report/2020/country-chapters/ yemen #)

Postscript.3: According to Melissa Parke, member of the UN group of experts on the six-year war in Yemen, "there are no clear hands in this war". Ms. Parke names the countries (USA, Britain, France, Canada) that are arming Saudi Arabia in this war. Tomorrow she will obviously mention our country as well.

Postscript.4: Eleftherios Venizelos: "My nation is too small to commit such a great dishonesty."