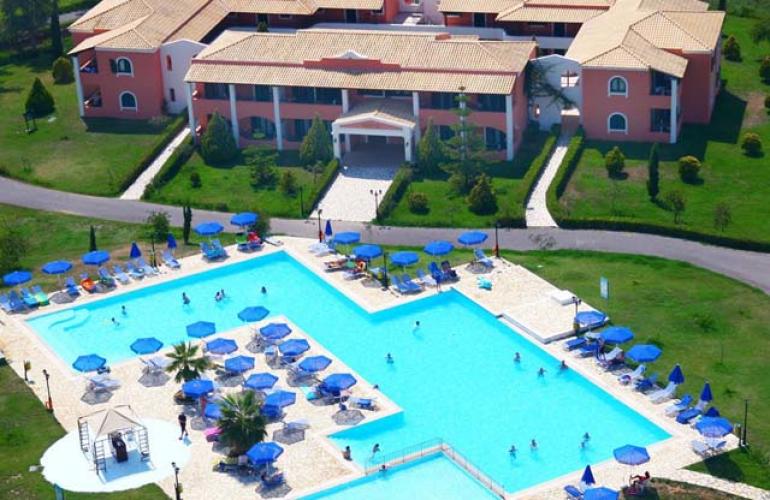 CORFU. The Daskalantonaki Group has bought the Nostos, Vassilia and Gelina, which together will become a 350,000 sq.m. resort called Grecotel Costa Botanica.

The Daskalantonakis-Grecotel group has announced the completion of its acquisition of five new hotel resorts on the islands of Corfu and Mykonos with a total of 1,800 beds for 61 million euros, reaffirming the strength of the Group and its leading role in the development of tourism in the country. The plan is to create a 350,000 sq.m. resort called Grecotel Costa Botanica, which will focus on nostalgia and the experience of nature as it was at the beginning of the 20th century.

The acquisitions by Grecotel follow several months of negotiations and the company has budgeted €43 million for the modernisation and the expansion of the units in order to keep up with the higher standards of tourist destinations.

“This business move reflects our confidence in the country’s investment environment and the real potential of tourism as a realistic lever of growth for the Greek countryside,” said the chairman and founder of the Grecotel group, Nikos Daskalantonakis.

“The pandemic will pass. Tourism is a human experience and cannot be substituted online," he added. “I have always believed that people who love their country will also want its prosperity, so we want to increase the employment of the local workforce, offering added value to our hotels,”

The new acquisitions are the Nostos, Vassilis and Gelina hotels on Corfu (along with the Hydropolis aquapark) and the Mykonos Star and Mykonos Thea (Agios Sostis). The units are ready for operation and their addition will create 1,000 jobs.

Grecotel’s takeovers are part of its investment programme that also includes unit reconstruction and new lifestyle hotel products and luxury resorts on Crete, Kos and Corfu. The programme has been ongoing since last October.

In Corfu, the new hotels will constitute part of a new, larger seaside resort of 350 sq.m. along a long beach that will bear the name Grecotel Costa Botanica.

The 40 Grecotel units are spread across popular island destinations such as Crete, Corfu, Mykonos, Rhodes and Kos, as well as mainland locations such as Athina, Sounio, the Peloponnese, Halkidiki, Larissa and Alexandroupoli.

In summer 2020 Grecotel was the first hotel chain in Greece and one of the first three in Europe to announce to announce the opening of their hotels. 15 units were operational and it accommodated a total of 50,000 visitors, strictly adhering to the safety measures to prevent the spread of Covid-19.