What caused the fire on the cruise ship - was it work being done on deck? 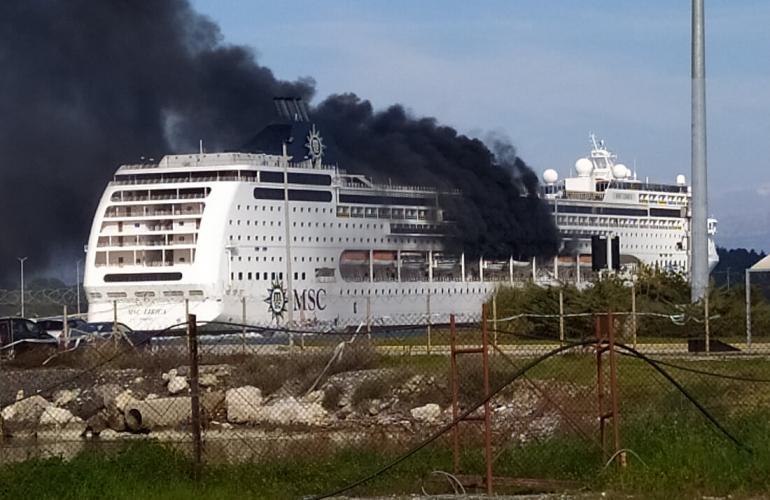 CORFU. The metalworkers΄ union is asking who was doing the work, whether they had permission and safety measures were observed. The Regional Governor has called a meeting.

The fire on board the ship was brought under control by firefighters, the Coastguard, Port Authority and crew working together but the incident has caused concern. The Port Authority is collecting evidence in order to determine the cause but the metalworkers' union has also expressed concern as to how it started. If it was caused by repair work on the deck, their question is who was doing it.

This is due to the fact that it is not the responsibility of the crew to do this kind of work and it is not yet known whether the necessary permission had been given for this dangerous work to be carried out - unless it is believed that a ship catching fire when in port is just accidental and need not be investigated.

The Ionian Islands Regional Governor took the initiative of calling a meeting yesterday with all the responsible bodies. The aim of the meeting was, on the one hand, to get an account of what happened when the cruise ship caught fire in Corfu Port on Friday 12th March while maintenance and repair work was being carried out and on the other, to discuss how safety can be improved at the Region's ports as well as accessibility at peak times.