The Friends of War To Be Re-examined 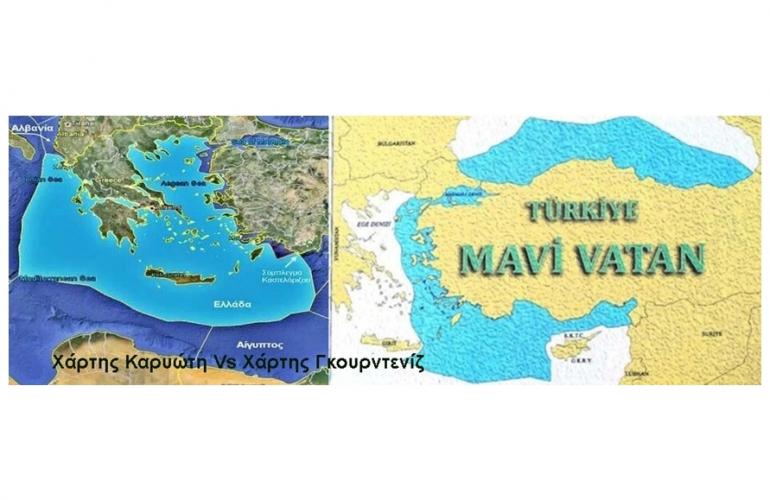 Greek-Turkish talks do not invalidate Turkey's onerous casus belli. They do not even undo the graying of 150 Greek islands and islets. Nor do they disprove the occasionally rude statements of the neighbor's leadership. But until we sink Cesme or Oruc Reis (and the then incubent Hague not justifying us because we will have sunk foreign vessels in international waters), we must talk - "exploratorily".

Given those, let us examine the peculiar alliance (in favor of the arms industry) of the friends of war on both sides of the Aegean. Recently, pro-war television and internet panels have risen sharply in both countries. Military and geopolitical analysts are (mis)informing people and systematically (and sometimes extortionately) proposing to their respective leaderships, firstly, branded weapon products (proposing as who?), secondly, far-reaching alliances (stretching up to the Far East!), thirdly, the "first military blow" (where exactly?).

In a crowded Turkish television panel, it was agreed, the other day, to occupy the Greek islands "overnight". A similar Greek panel immediately returned fire, sinking boats and confining the invaders in concentration camps. (I am afraid that all of them will send their children abroad at the critical moment, as they used to.)

- But let's see what is currently being heard by the Greek haranguing side:

4) The international law of the sea defines territorial waters at 12 miles from the coast. Inaccurate. The international law of the sea stipulates that territorial waters are "up to a limit not exceeding 12 nautical miles". (By this I do not suggest to stay at 6. I suggest we tell the truth.) (The contiguous zone of the extra 12 miles is only for the prosecution of crime.)

6) All countries except Turkey have signed the international law of the sea. Inaccurate. 16 countries (USA, Israel, Turkey etc) did not sign it. (Palestine signed, who dares not fish!)

PS.1. Taken together, the EEZs of all the coastal countries of the world constitute 38% of the sea surface of the earth. Nobody wants this huge area to belong to the jurisdiction of the countries. Greek merchant shipping does not want it, all the more more.

PS.2. The most complex issue of the over-ten-year processing of the current law of the sea has proved to be the issue of the distinction between scientific research, which is free, and the exploration, which belongs to the holder of the EEZ.

PS.3. A bilateral agreement between Greece and Cyprus on the mutual drawing up of EEZ could be interfered by a corresponding Turkey-Egypt agreement. Geography and international case law have the first word here. The agreement east of the 28th will be quadripartite, if there is ever an agreement.

PS.4. You, to be re-examined on Thucydides, αίσχιον έχοντας αφαιρεθήναι ή κτωμένους ατυχήσαι, [more shame to let them take away what you have than to fail to get something. (2.62.4).] So we, who out of memoranda and mortgages lost almost the entire land and sea homeland we had, must be very ashamed. And if, as you say, there are so many hundreds of billions of euros from the submarine wealth, well, let's take half of them (ie eight times more, per capita!) to pay off the oppressive creditors and get our financial freedom for the first time in 200 years. (One way or another, we're heading towards the elimination of conventional energy sources, and you intend to fight with each other over the Belharra and Rafale, long after the abolition.)