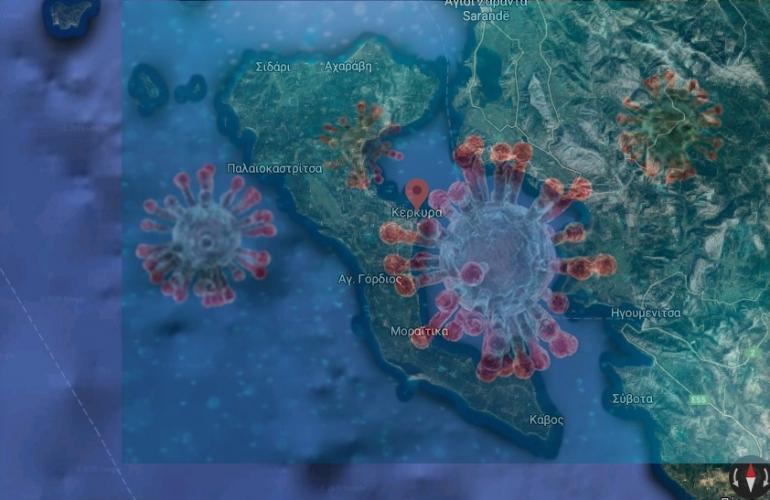 CORFU. The vaccination programme in Corfu is progressing slowly, lagging behind the rest of the country.

The Central Corfu Covid Watch Committee is continuing to monitor developments on a local level. Today's report is an update on the previous one published on 17 February.

Based on the data collected, the Committee has recorded 414 confirmed cases of Covid-19 amongst permanent residents and 112 amongst visitors from the beginning of the pandemic up to 28 February 2021. Since the beginning of October there has been a cumulative total of 127 cases from the sample tests conducted by the EODY Mobile Units in Corfu.

There have been 14 deaths related to Covid-19 amongst permanent residents, 4 visitor deaths and 1 patient from Ioannina who was hospitalised at Corfu General Hospital also died.

From 1 February positive results from both PCR tests and antigen tests carried out at Corfu labs are being recorded as cases and regularly sent to EODY, whereas, prior to that it was only the PCR test results. Corfu Hospital has a lab and there are also private labs. The cases traced via rapid tests conducted by EODY in Corfu are counted separately.

In February the Committee recorded a total of 54 new cases amongst permanent residents diagnosed in Corfu labs. In addition, there were 34 new cases diagnosed by mass rapid tests. There were 9 new admissions to the Hospital Special Infectious Diseases Unit and 2 deaths of patients who had been hospitalised in the ICU since December.

The data shows that the spread of SARS-COV-2 amongst the island's permanent residents continued to increase in the second half of February. There was a significant increase in the number of confirmed new cases compared to January. There were 9 new hospital admissions and 2 deaths of patients who had been hospitalised in the ICU since December. The number of positive results from tests conducted by the EODY Mobile Units, the hospital and private labs has increased but is still not especially high and remains below the critical 4% level.

It should be noted that in February, and especially in the second half, there was a significant increase in the number of both PCR and rapid tests conducted by the hospital, private labs and EODY Units.

The upward trend in Corfu remains at a marginally controlled level up to now.
Despite the significant number of new cases that have been recorded, there has not been a large number of hospitalisations and serious cases. The number of positive results from tests has increased but is not yet at a significantly high level. At the moment, the increase in the spread of the virus seems to be affecting young and middle age groups but if there is a further increase, this could unavoidably affect vulnerable groups, leading to more hospitalisations and serious cases. The upward trend coincides with the new spike nationwide at this time and regions which had low numbers up to now have very quickly become red zones.

Up to now the vaccination programme in Corfu has been progressing slowly, lagging behind the rest of the country. Approximately 4% of the local population has had the first shot compared to 6% for the whole of the country.

So far, those eligible to be vaccinated have been public and private health workers, civil protection employees as well as the 75+ and 60-64 age groups. The next groups to be included shortly are the 65-74 age group and those with high-risk underlying health conditions regardless of age.

The availability of vaccines is expected to increase gradually very soon, allowing the vaccination rate to increase nationwide. There is a need for more vaccination centres on the island in order to ensure that a large percentage of people can be innoculated by the summer. For this to happen, the rate of vaccination needs to increase significantly and at least reach the level for the rest of the country, which will also be increasing gradually.

At the moment, there are 3 vaccination centres in Corfu (the hospital, the health centre in town and Agios Markos Health Centre). In the second half of February 150-200 vaccination shots were administered daily apart from Sundays. In order for 35% of the population to have received both shots by the end of June, approximately 500 shots need to be administered daily in the March - June period. This can be achieved by the establishment of more vaccination centres in various parts of the island, by having greater availabilty of vaccines and by systematically promoting the programme locally.

At the same time, it is extremely important to keep the spread of the virus under control through adherence to safety measures and epidemiological monitoring. Great care is needed and a close watch needs to be kept on the pandemic in order to avoid any spikes which will unavoidably lead to the implementation of restrictive measures. Continuous contact tracing, quarantine control and general adherence to the safety measures by the public can help keep the pandemic at a controllable level.