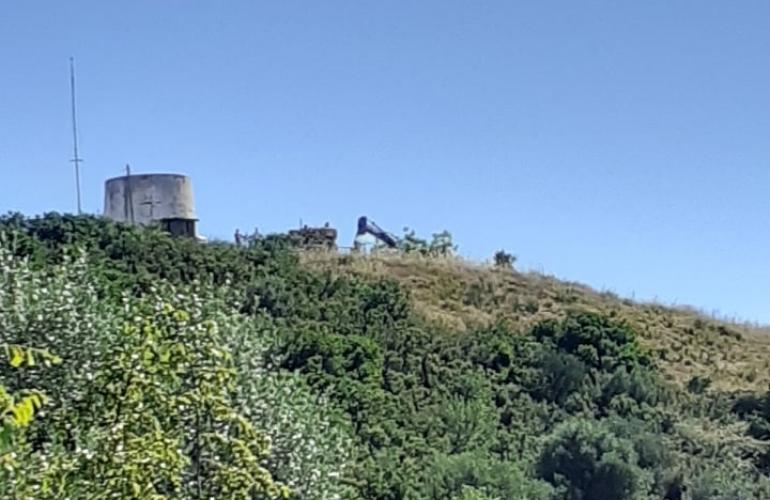 CORFU. Following the arrest of the British walker the Environmental Protection Association condemned the presence of a patrol at the entrance to Erimitis.

We learned that there was a patrol in Agios Stefanos Sinies yesterday blocking free access to the path leading to Erimitis to local residents. Dozens of people go to the paths in Erimitis every day for walks, exercise and to enjoy the beautiful nature there.

Yesterday, however, a British woman who is a permanent resident in the area was arrested when she was taking her dog for a walk in the Vromolimnis area - a daily habit for the 12 years she has lived on the island.

Coincidentally (?) there had been a peaceful protest in the area the previous day with members of the public opposed to the building-up of the area and destruction of the ecosystem with photos that were seen and praised throughout Greece and abroad.

The company representatives have declared in the investment plan that access to the paths (which the company is trying to claim from the Municipality in court and we don't yet know what the verdict will be) will be free for everybody - and yet we see that they are obstructing this before the foundations have even been laid.

The responsible authorities owe an answer to the Corfu public as to who gave the order for the entrance to Erimitis to be patrolled and on whose authority.

We consider it incomprehensible that at this time of lockdown free access to the paths is forbidden for daily walks, which are not just the only form of recreation available but are also a physical and mental need at this difficult time for humanity.