British walker arrested in Erimitis - NCH files complaint against her 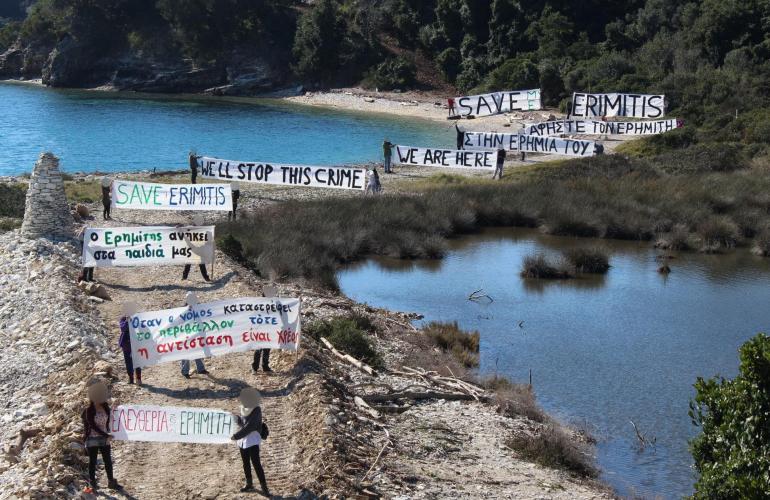 From the protest on Sunday 21 February

CORFU. A British woman, 47, was arrested on Monday afternoon on the land in Erimitis where NCH Capital is carrying out work on the ΄Kassiopi Project΄.

The British woman, who is a permanent resident, regularly walks in the area as do other local residents.

According to the company representative, the trouble began when workers carrying out deforestation work asked the woman to leave.

The woman in question, however, told Enimerosi that she had not been bothered, nor had she been asked to leave and there was no quarrel.

The company representative and the contractor filed a complaint for obstruction of work and she was arrested later by police at Agios Stefanos harbour in North Corfu.

According to the company representative, the woman was taking photos of the workers as they were working and that other walkers have done the same over the last few days.

Charges were brought against her which will be passed on to the Prosecutor and she was released.

The fire in the area that followed caused a strong reaction, especially due to what the Greek PM Kyriakos Mitsotakis had said when here: "One day Erimitis will burn".

On the day preceding the woman's arrest there was yet another demonstration with banners in Vromolimnis protesting against the destruction of the Erimitis area.