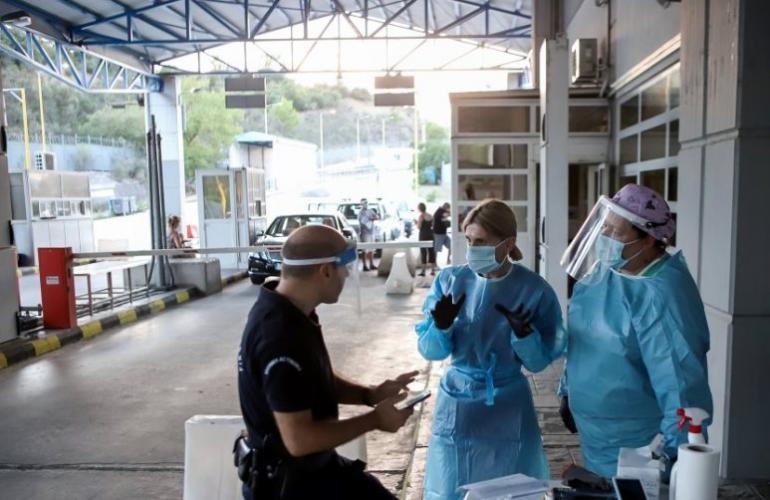 EPIRUS. 50 Albanian nationals, mostly land workers, were turned back at the border following positive results from the tests they took even though they had negative Covid-19 test results with them.

Albanian nationals coming into Greece were turned back at the border as they were found to be Covid positive.

Following the rapid tests carried out by EODY Mobile Units at Kakavia several of the travellers were found to be positive even though they had negative Covid-19 test results with them.

As a result, the two coaches they were travelling in were not allowed into the country and had to return to Albania. Most of the Albanians were land workers and were travelling to various destinations in Greece - from Agrinio to Crete.

The border station at Kakavia is the only one operating and entry to Greece is only permitted following rapid tests.