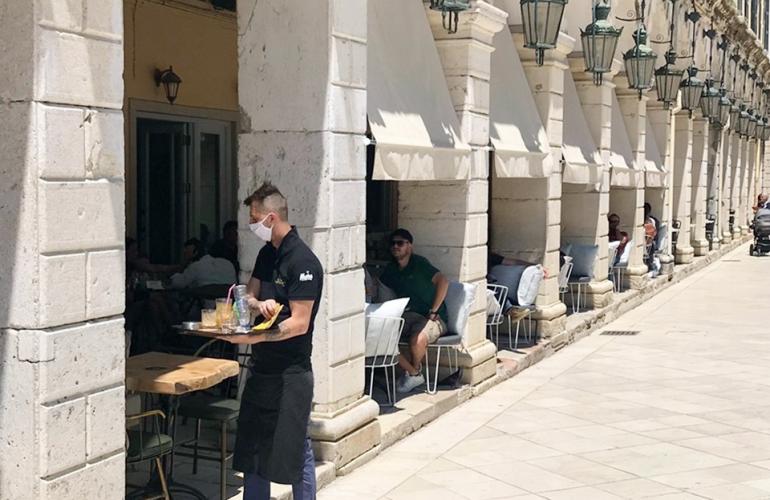 ATHENS. According to the Deputy Development Minister, "The market cannot open without strict measures" and the government is planning to restart retail trade first from 1 December followed by catering businesses.

Deputy Development Minister Nikos Papathanasis talked about the optimistic plans to restart the retail and catering trade after 1 December.

Talking on SKAI TV Mr. Papathanasis discussed when and how the market would reopen after the lockdown and said that from 1 December the retail trade will restart followed by catering businesses.

The market cannot open without measures in place

He stated that the situation seems to be stabilising and there will be a considerable decrease in the spread of the virus but added that there were also alternative plans.

"Nobody said that we would reopen the market without strict measures nor that it would open before 1 December. We are listening to the experts - they told us three weeks, so three weeks of lockdown is what we are implementing," added the Deputy Minister.

Restart of market to begin with small shops

Nikos Papathanasis explained that the plan is based on the experience gained from spring when the restart began with small shops followed a week later by the retail trade, two weeks later by catering businesses and after three weeks indoor areas opened.

He stated that this time there may be a shortening of the reopening period with strict measures and certainty that people won't be pouring out into the streets.

In answer to the question whether the shops will be open but still mandatory for the public to send SMS for their movements he said that this will be answered in the final week. He stressed that there may be stricter measures regarding the number of people that will be allowed inside shops at the same time and in catering establishments and shopping malls.