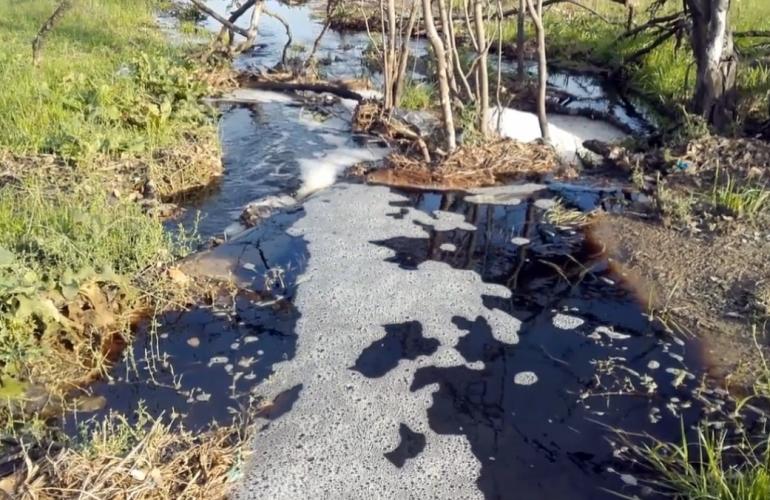 As can be seen in the video below, the water carrying the landfill leachate ends up in Bretanou Lake and then the water table.

Temploni residents have never stopped bringing attention to the problem and took the initiative of getting chemical analyses of the water which proved the existence of heavy metals in the water.

Although the landfill is saturated and 'sealed', it is still used as a depository for thousands of tons of baled waste which haven't been removed - even following the decision to transport waste to Kozani (as has happened with the waste bales at Lefkimmi landfill).

The same space continues to be used to deposit waste - as a transhipment station for the 'fresh' waste that is to be taken off the island.

Even with the operation of the waste treatment plant only part of the toxic leachate ends up there - most of it is carried by the rainwater to the nearby lakes.

The person speaking in the video is Temploni Cultural Society President Magda Papanikolopoulou.