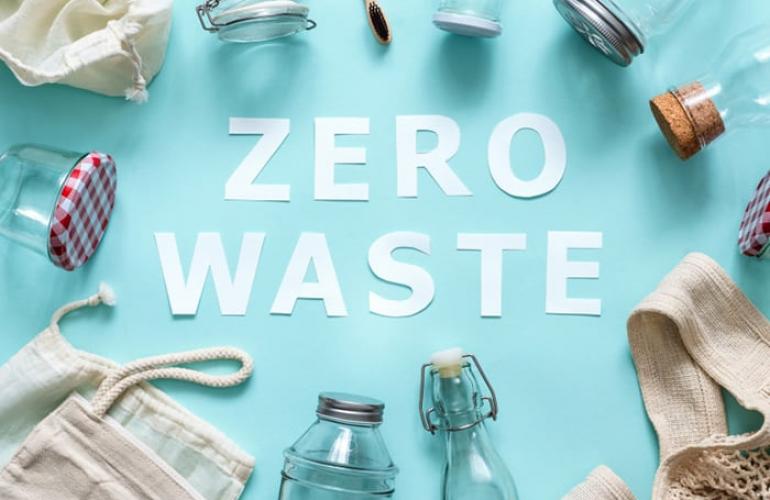 CORFU. Contribution from Xenia Tombrou of Let΄s do this Corfu at the Central Corfu & Diapontia Islands Municipal Council discussion on zero waste.

30 years ago the Ellen MacArthur Foundation announced that if we didn't make drastic changes, our seas would have more plastic than fish this year. Fortunately, we made those changes thanks to the decision taken by the Central Corfu Municipal Council 30 years ago. Corfu now only buries very little waste - less than 8,000 tons a year!

How did the Municipality manage this? It uses all the organic waste. Without organic waste the amount of waste to be managed was reduced from 80,000 tons to 45,000 tons. Just like that! Because that's how much organic waste there is - 35,000 tons a year! In the town over 50 community composting points have been set up, where the town's residents take their vegetables, fruit and whatever has been pruned. The Municipality's anaerobic composting is more extensive than the organic and small facilities have been set up to produce biogas, which is used by the Municipality for its vehicles.

For recycling the Municipality adopted the the sytem used by the unofficial recycling centres and integrated it into the official management system - reinforced by volunteers. There are several streams in Corfu's sorting at source and the blue bins have been abolished. In line with the zero waste principle, methods were implemented to reduce the total of recyclable materials. 30 years ago paper was the biggest problem in recycling. Cardboard boxes were used once to carry products and then went for recycling. Alternatives were found for the most susceptible material! Corfu designers of manufacturing products created new boxes made from cardboard and plastic which can be reused many times and with this simple solution paper, which used to be 50% of recycled materials, was greatly reduced and took the total of recyclable materials from 45,000 tons down to 30,000 tons.

There are now no plastic bags in shops - not even reused plastic ones. All the bags are either cloth, made from recyclable materials by a local Corfu company, or paper that has been recycled on the island. Possibly the Municipality's greatest achievement was to support local Corfu products. Together with the other three Municipalities a Corfu product certification was established and funding and expertise was made available to those who wished to work in the primary agricultural sector or the secondary manufacturing sector. Hundreds of Corfiots work in well-paid circular economy sector jobs for 9 - 12 months a year. Most of what I have described above took less than two 4-year terms to develop and implement.

Fortunately, all the political parties had embraced the principles of zero waste and the road map that was drawn up was followed by two consecutive local authorities. The names of the Municipal Councillors who voted for the Corfu to become a zero waste island exactly 30 years ago are remembered with gratitude by everyone! Thanks to you the island is a model for the whole world! Corfu's brand name is now: Corfu - Greece's truly green island. And possibly the world's. Thank you very much.