New information about the boat that sank off Paxos 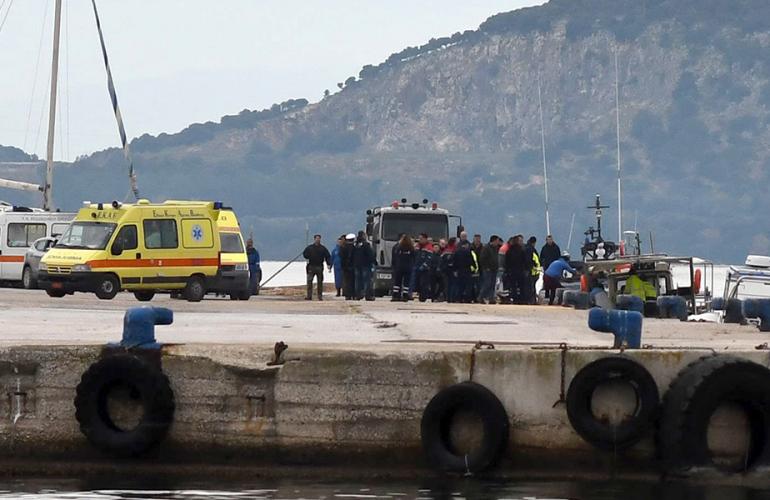 According to ΄Kathimerini΄ newspaper, police searched a house in an Arta village where it was confirmed that the 50 migrants had spent the night before boarding the boat.

Law enforcement authorities have new information about the traffickers connected to the boat full of migrants which sank off Paxos last Saturday. Both the Coast Guard and the police have been involved in the investigation. According to a report in the newspaper 'Kathimerini', a few days ago police conducted a search of a house in an Arta village, where it was found that the 50 illegal migrants had spent the night before boarding the boat which sank 20 nautical miles off the coast of Western Greece. Survivors identified the house where they had hidden from satellite photos shown to them by the authorities.

The boat sank at 07:30 on Saturday morning. Officially, the number of dead is 12 but the chances of finding any of the 20 still missing alive are zero. This is the largest number of victims since September 2015, when 33 lost their lives at Farmakonisi. According to the survivors, there were 50 people on board who came from Syria, Afghanistan, Iraq, Pakistan, Somalia and other countries. The boat that was taking them to Italy was a 10- 12m closed vessel with engine. They set off from a deserted part of the coast near Parga just after 3:00 in the morning and four hours later the passengers called the 112 emergency number to report that they were in danger due to the vessel taking on water. It is thought that there was a crack in the hull due to the weight.

A cargo ship was first on the scene after receiving information from the Coast Guard. The captain reported that he could see the boat but before he could reach it the vessel broke in two and sank immediately. The 21 survivors were taken to Preveza Port Authority where they were questioned and revealed details about the trip and the identities of the traffickers. Three of them - Afghanis aged 48, 30 and 26 - were arrested as they were operating the vessel.

From the survivors' statements it was discovered that they started their journey from Athens on a KTEL coach which took them to the Arta capital. They spent the night in a nearby village and were taken by van the next day to a deserted part of the coast near Parga. The journey cost 4,000 Euros. Some of the passengers had paid the full amount and others were going to pay once they arrived in Italy.

The three who were arrested as traffickers were to pay a smaller amount as they had agreed to operate the vessel. Following their statements, two of them were remanded in custody on Wednesday and the third, who required hospitalisation, on Thursday.

The names were given of the two people who had organised the whole operation from Athens to the boarding of the boat - an Afghani and a Pakistani. The two are now being sought by the police.