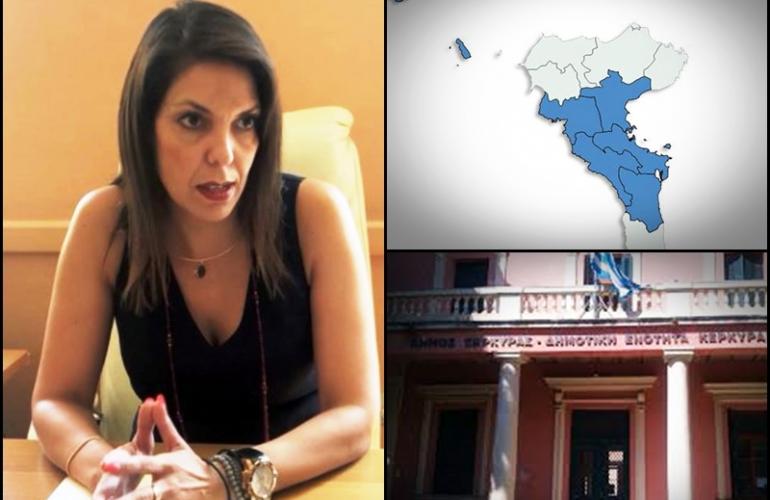 CORFU. Meropi Ydraiou has decided on the new Deputy Mayors for Central Corfu and Diapontia Islands.

The only thing now remaining is the official announcement from the Municipality of Central Corfu and Diapontia Islands.

The Mayor has managed to come to a decision, following the legal obligation to appoint a Deputy Mayor for each of the Diapontia Islands and not, as she had originally thought, one person for all the islands.

There were not many names to choose from and Meropi Ydraiou had a difficult job as there are many responsibilities in the new Municipality on several levels. She had to devise the best-possible organisational chart with the most suitable people.

Enimerosi has information that Meropi Ydraiou met with colleagues and members of her party on Friday evening in order to finalise the organisational chart - the first for the new Central Corfu & Diapontia Islands Mayor - and find Deputy Mayors for each of the areas.

She decided to give each of the Deputy Mayorships for the small islands to colleagues who will also be Deputy Mayors in other departments.

Nikos Kalogeros, Panayiotis Varouchas and Dimitris Katehis will each be responsible for one of the Diapontia Islands as well as Technical Services, Tourism and Town Planning respectively.

Maria Zervou will be delegated advisor for Education as will Spyros Neratzis for Voluntary Work and Vidos Island.