Solid Waste Management Association gives update on what has been done 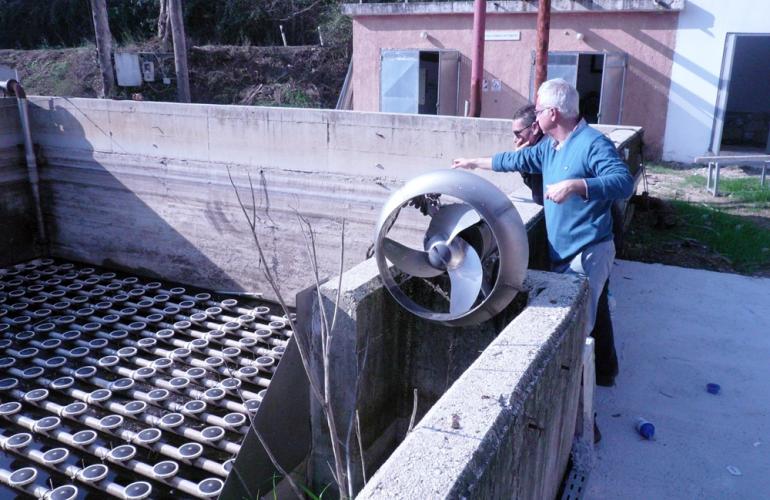 CORFU. SYDISA has issued a report of what is happening at Temploni and Lefkimmi landfills along with photos ΄before΄ and ΄after΄.

The Solid Waste Management Association (SYDISA) has issued a statement listing work that has been completed and is shortly to be completed in order to rectify "mistaken ideas". It stresses that it is "obliged to apply the approved Regional Plan for the Ionian Islands (which is part of the National Plan) and so any proposals for integrated waste management not conforming to the National Plan (PESDA) are not allowed."

According to SYDISA, the licence for the South Corfu landfill is expected to be issued once the repair work and surfacing of the access road have been completed. The security of the facility will be awarded to a private company, with whom SYDISA will shortly sign a contract.

As regards the Central Corfu facility at Temploni, a temporary licence has been requested from the Ministry for the neighbouring land belonging to the charity organization for temporary storage of the waste bales. The purchase of a plot of land near the current landfill is also in the pipeline. The study for the Integrated Waste Management Facility - which, it is estimated, will provide a final solution to the problem in two or three years - has been received and the work is expected to commence by the end of this year.

Taking into account the developments in the burning issue of waste management and having seen the mistaken ideas going around which cause confusion in public opinion, SYDISA has decided that it would be appropriate to provide some useful information.

Firstly, waste management is a complex problem which has been exacerbated recently but originates in the past and is anything but easy to solve.

It is important that we clarify that our organization is obliged to apply the approved Regional Plan for the Ionian Islands (which is part of the National Plan) and so any proposals for integrated waste management not conforming to the National Plan (PESDA) are not allowed.

As things stand, we would like to point out the following as regards the two available facilities in South Corfu and Temploni:

1. The contracted work, with a budget of €471,200, for repairs to the damage caused by the fire of 6 May has been completed.

2. Electricity and water supply connections have been completed.

3. The application and the relevant study for a Fire Safety Certificate have been submitted and the Certificate is expected to be given within the next few days.

4. The budget amendment has been approved for a code and credit for the placement of security cameras around the perimeter of the facility.

5. As regards security for the South Corfu residue landfill, the contract with the contracted company is expected to be signed within the next few days.

6. The tender for the provision of services at the South Corfu residue landfill, with a budget of €5,129,880, is awaiting reapproval from the Executive Committee for transportation services and operational services. Meanwhile the process is ongoing and the offers for the temporary contract were opened on 9 November.

1. The trial operation of the biogas unit has commenced at the 1st and 3rd cells of the facility.

2. The contract was signed on 12 September with the contractor for the resumption of the operation and maintenance of the landfill's residue processing unit. The contractor is carrying out the work and it is expected to be completed within the current month.

3. As regards the nomination of a contractor for waste management and baling in the interim period, we are at the stage of awarding the contract on a temporary basis.

4. Tenders are expected to be invited this week for the study for the new residue landfill and the approval of the technical specifications.

5. Also this week, the selection is expected to be made of a plot of land near the landfill following the completion of the submissions from the interested owners. This will be followed by the process of purchasing the land.

6. Mobile mechanical modules and a baler are in operation at the facility as part of the Interim Management and another baler is expected to be added.

7. The study for the restoration of the three cells has been received by SYDISA (July 2018) and PDE's amendment regarding the transferral of the operation from Corfu Municipality to SYDISA has been approved. The conditions and the invitation for tender are expected to be approved within the next few days.

8. The extraordinary approval from PPD for the temporary storage of waste bales on the land neighbouring the landfill owned by the charitable organization has been lodged with the relevant Ministry.

9. Approval has been given for the invitation for tenders for the study for the purchase and placement of a waterproof covering on the charitable organization land.

10. The study from the contractor 'Amendments to technical studies and invitation for tenders for Central Corfu OEDA' has been submitted and is expected to be applied by the end of the year.

11. Approval has been given for the sub-contracting to PDE of the placement of a waterproof covering for the interim management.

12. The landfill has a Fire Safety Certificate from the Fire Service.

13. Within the next few days the contract will be signed with the contractor for the disinfestation, disinsectisation and disinfection of the facility.

14. Finally, the contract has been signed with the contractor for the chemical analysis of samples.

Along with all the above SYDISA is planning a series of activities to raise public awareness regarding recycling and composting.