Town Council emergency meeting breaks up with the parties walking out 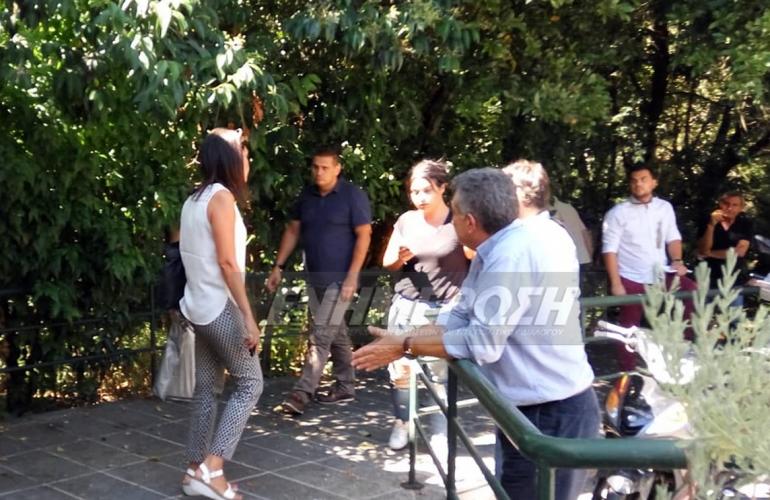 CORFU. The meeting was cut short and will continue this evening.

In an electric atmosphere the local political parties walked out of the emergency Town Council meeting one by one. The Municipality had called the meeting at the last moment to discuss hot topics such as contractors for refuse and recycling - with the matter of the riot police hanging in the air.

The leader of the 'Kerkyra na Zeis' party Yiannis Trepeklis left following and altercation with the Council President Maria Mouzakiti and this was followed by Meropi Ydraiou's party 'Kerkyraion Dimos' walking out.

The 'Laiki Syspeirosi' party led by Babis Haralambous had already stated that they wouldn't take part if the main subject for discussion wasn't the withdrawal of the riot police from Lefkimmi.

Town Councillor Nikos Gousis also walked out, protesting against the presence of the riot police in Lefkimmi and the Town Council's request for a committee to be formed to monitor the legality of the landfill which has not been discussed!