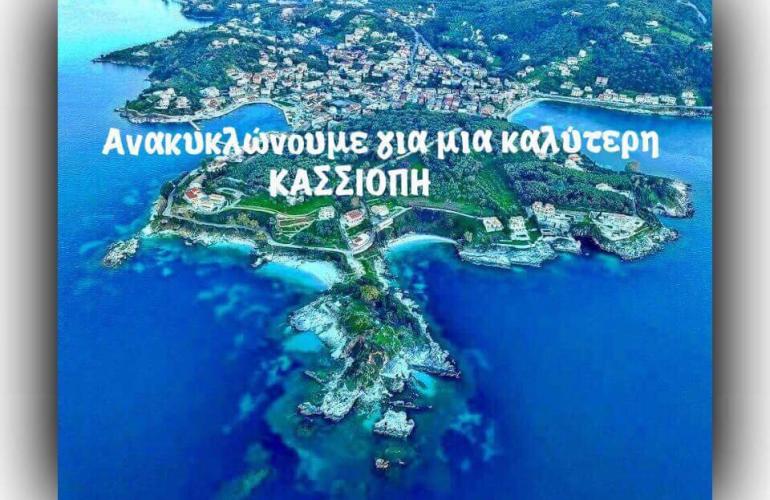 CORFU. Recycling guidelines will be issued and people have been asked to support and respect this significant project.

The voluntary group 'For a Better Kassiopi' announced that following great efforts a Green Point has now been set up in Kassiopi.

The half-completed basketball court has been chosen as a temporary solution. The area has been cleaned up and banners produced to show that it is a recycling point.

Dimitris Kotsis, who will be responsible for the collection, is making recycling containers, which will be placed in the area on Monday. Hopefully, collection will commence on the same day.

The group posted the following: "The area will be open 24 hours and we trust that people will not try to turn it into a rubbish dump. The refuse collection point is 50 metres away, so there is no excuse for people not to respect this effort.

If this happens, then let us make it clear that the refuse will be collected and the recycling project will cease immediately! Not as a punishment, but because there is no other choice. We don't want the area to become even more polluted - we want to improve things.

Kostas Sarakinos (Balaris) already has two containers (for glass and plastic) in the parking area behind his office. He has placed them there for those that don't have means of transport. We would like to ask you to respect his important initiative and not dump refuse there. There will be cameras there and cameras will also be set up at the basketball court.

Guidelines will be issued indicating how recycling should be done. We would like to stress that items brought for recycling should be empty and clean - otherwise they will smell! Don't dump them in plastic bags - deposit them directly in the collection bins.

Recycling is our final hope to keep Kassiopi clean. You can see what is happening at the processing plant - if we don't reduce the amount of waste, not only is public health endangered, but also local tourism."