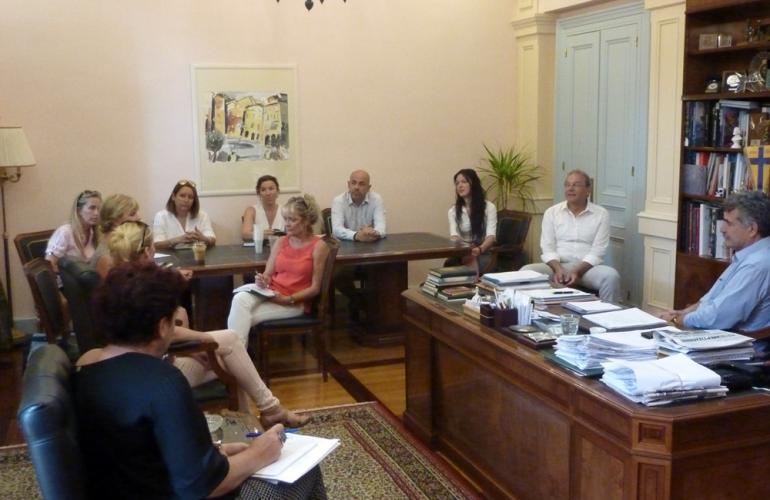 CORFU. Travel agents and professionals involved in Corfu tourism visited the Mayor΄s office today for an update on the waste problem.

The Mayor gave them an extensive update on the situation and said that he was optimistic that at the rate at which refuse is being collected now, in a few days it will have been cleared.

According to the Municipality's press release, there still remains 3,000 tons of waste on the island and the Mayor said that 400 tons are being collected a day by the Cleansing Services and contractors.

Mr. Nikolouzos told the agents that the Municipality had looked into the possibility of declaring a state of emergency on the island but that wouldn't have provided any additional means to tackle the problem and may even have done more damage PR-wise.

The travel agents proposed to the Mayor that, once the crisis was over, there should be a campaign to promote the island to negate the unfavourable impressions.
The following were present at the meeting: