My family and other animals fear for Corfu 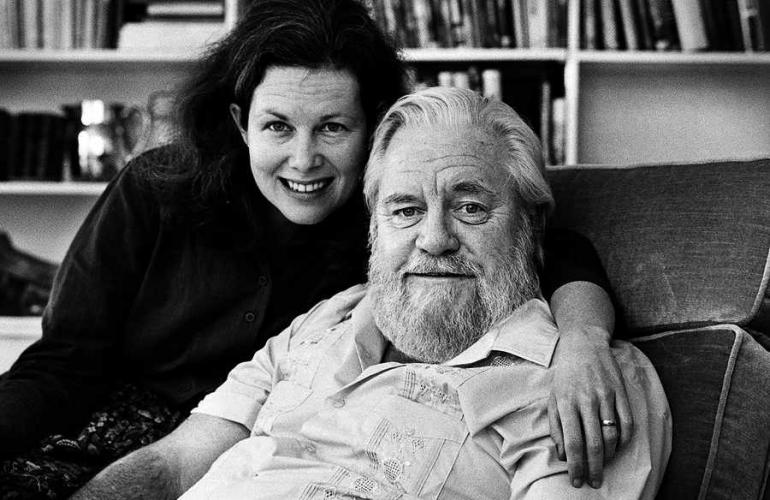 Article by Lee Durrell in The Sunday Times, 20th May 2018. Her late husband, Gerald, recoiled as ΄carbuncles΄ sprouted on his island haven. Now Lee Durrell pleads against a huge development

Places where nature remains undisturbed have become so rare these days that we have a duty to try to save them. Such a place, near and dear to my heart, is found on what is still one of the most beautiful islands in the world — Corfu. Glimpses of that beauty are seen in the ITV series The Durrells, the lovingly crafted story of the childhood of my late husband, Gerald Durrell, on Corfu in the Thirties.

Gerald left Corfu as a boy in 1939 and returned as a man in 1960, not without trepidation. He said: "There is always an element of risk in returning to a place in which you were happy." But Corfu worked its magic once again, and Gerry was overjoyed to be back.

The later Sixties began casting a shadow over him, however. He was dismayed to come across so much plastic on the beaches and offended by the unsightly developments at Paleokastritsa, long one of the island's peaceful beauty spots, which now reminded him of a "Greek Margate".

Fast-forward to today, and the undisturbed nature area being threatened is a headland on the northeast coast known as Erimitis, or "the Hermit", referring to a local fable about a man who lived there as a recluse after his daughter was kidnapped by pirates. It is accessible only by foot or by sea, and the human touch there has been light, with traces of centuries old buildings, wells and a quarry. Otherwise the dense evergreen maquis is punctuated with bright pebble beaches, brackish lakes and marshes teeming with life. Home to otters, orchids and magnificent strawberry trees, the area is also rich in waterfowl and raptors. Locals and tourists take pleasure in walking (or running!) the steep narrow paths and swimming in the clear warm waters beyond the shore.

Over the years Erimitis has attracted artists, writers and naturalists. Edward Lear was known to visit the area, and Nikos Ghikas, one of Greece's greatest painters, loved it so much he built a house and lived there from 1969. More recently the botanist David Bellamy has led students and fellow naturalists "in the footsteps of Gerald Durrell" to discover and delight in the fauna and flora.

This natural paradise, however, is in great danger. The Greek government has sold the headland to an American property developer, NCH Capital, which plans to transform it into a tourist resort. Thus, one of the most beautiful and least developed areas of the Mediterranean is about to be bulldozed for what will be one of the biggest development projects in the history of the Ionian islands.

Viewed in a satellite image, Erimitis is a tiny green jewel of 500 acres nestling between a drab inland countryside and the bright blue sea. NCH now has the freehold on 120 acres and plans to sprawl its "tourist village" over 45 acres, with nine acres of buildings. Bafflingly, there seems to have been little consideration of the effect this development would have on the wider infrastructure of roads, water supply and rubbish collection, already stretched to breaking point in many parts of the island. One example, as every visitor to Corfu over the past few years can sadly corroborate, is the piles of rubbish along the roads.

A few concerned citizens have made the municipality of Corfu well aware of the situation, but little action has been taken. Imagine the pressure a huge complex at Erimitis would add.

And what about the effect on the responsible and sustainable tourist industry that has grown up here over the past 40 years? New and returning visitors bring profits to the local people and tax revenue to the government. They come to see and experience the beauty and tranquillity of the region, not to be crammed together in a holiday complex that could be anywhere in the world. It is difficult to imagine that such an extensive development could be sufficiently site-sensitive as not to render a much wider area disagreeable to tourists and the locals. If people start to go elsewhere, the local economy will suffer and, in turn, the community.

Then there's the impact on faunal biodiversity: the eradication of a unique and fantastic array of birds, reptiles, amphibians, fish and invertebrates.

It is not surprising that local opinion has come out strongly against this development, regardless of political affiliation. The regional authority of the Ionian islands, backed by local residents, appealed to the Greek Supreme Court against the sale of Erimitis. Syriza, at that time the main opposition party and now the party in power, protested that the sale was "illegal, unconstitutional and in breach of international law". Inexplicably, both challenges were dismissed.

Gerald wrote to the Greek prime minister in 1968: "I do hope the necessary authorities in Athens give more power to people on the spot, who are as worried as I am at the all too rapid and tasteless development on the island." I do not know if Gerry received a reply, but exactly 50 years later I wrote to Alexis Tsipras, the prime minister, voicing my objection to the development at Erimitis ... and did not receive an answer.

Gerry avoided Corfu in the 1970s, but came back with me in 1983, wanting desperately to show me the natural places and the wildlife that had made his childhood so special. That is when I fell in love with the island. We returned in 1986, with family and friends, to an old villa in Barbati, where we feasted on Corfiot specialities, swam at night in the tepid, moonlit waters and took leisurely boat trips up and down the coast.

On these excursions Gerry would turn his back to the island as we motored by the vast new hotel complexes that scarred the landscape, waiting for our signal that we'd passed these "carbuncles". Then he would turn and gaze quietly at the olive and cypress-clad hills he remembered so well and at the bright horseshoe bays of his childhood. Gerry died in 1995 but I know what he'd think of this fiasco.

The clock cannot be turned back, no matter how hard we try, but the exigencies of modern times can be challenged, especially as we learn from our mistakes. Corfiots, other Greeks and foreigners who love the island have learnt that uncontrolled and insensitive development has taken a serious toll on Corfu and its environment.

We also know short-term gain by the few at the expense of the many is not acceptable in a small island community. Many in Corfu and elsewhere have already raised their voices against the development of Erimitis. We should continue to do so loudly until the situation is resolved in favour of Corfu and no one will ever turn their back, muttering "carbuncles", on the enchanting headland of the Hermit.


Article published in The Sunday Times