CORFU. Adviser to the Prime Minister Giorgos Kremlis: “There is still much to be done in Corfu, as the targets for circular economy are high.”

Recycling, sorting at source, house composters, utilisation of biowaste for energy production, small green spots, mobile green spots, adoption of new technologies and good practices of the circular economy to save energy and resources can be useful weapons, which Corfu needs in order to solve once and for all the issue of proper management of municipal solid waste. 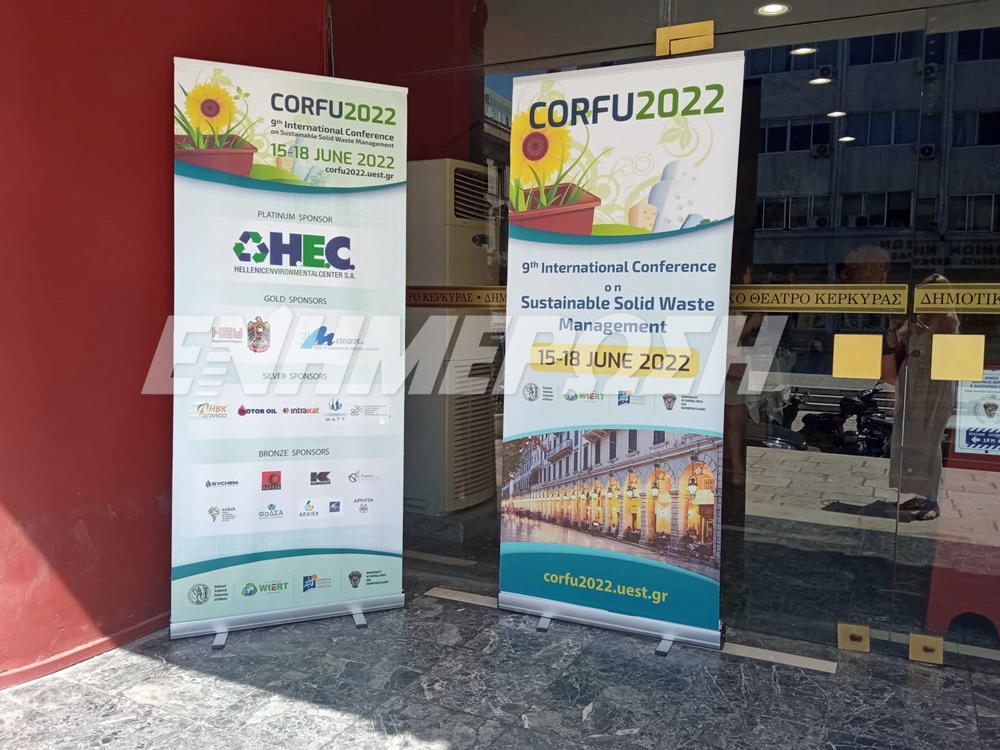 The Corfu 9th International Conference on Sustainable Solid Waste Management started today with the Corfu waste management facility about to be put out to tender, the transportation of waste outside the island being very expensive, the recycling rates being very low and the Temploni Waste Transfer Station not yet having received a license. More than 500 participants and distinguished speakers from 100 countries from Europe and other countries are taking part in the conference.

The conference aims to address the significant issue of sustainable solid waste management through the promotion of effective practices and modern technologies as it is a major issue of our country in the context of the circular economy to save energy and resources.

Much remains to be done

The adviser to the Prime Minister for energy, climate, environment and circular economy Giorgos Kremlis spoke to Enimerosi about the initiatives that need to be taken, stressing that there is still much to be done, as the targets for circular economy are high. However, he acknowledges that the first positive steps have already been taken in Corfu.

He also said that the resources that will be made available from the Recovery and Reconstruction Fund and from the new ESPA 2021-2027 Programme can be used to fund projects in the island, aiming to adopt a circular economy profile and reduce the energy, climate and environmental footprint caused by tourism.

"Corfu as a tourist destination has had problems in the past with waste management. With the new Regional Authority and the Municipal Authorities, it is following the principles of the circular economy with a rational disposal and management of waste. It is known that there is still much to be done. In waste management the principle of proximity applies - waste should be managed where it is produced and not be transported elsewhere. This was a solution of necessity so that the island would not be as it used to be anymore. However, sorting at source must be promoted, plans must be made in hotels and initiatives must be taken with incentives that will be given by the Municipality, so that hotels collect their biowaste and supermarkets collect expired waste, within the framework of the National Action Plan on Circular Economy. Thus, biowaste will be used either as food for animals or as a very good quality compost or for the production of biofuel and biogas," he said.

However, the pioneering techniques and practices that will be discussed at the conference will not only be in theory. The Central Corfu and Diapontia Islands Mayor Meropi Ydraiou told Enimerosi that they will be adopted by the Municipal Authority depending, of course, on the specific characteristics of our area, as we are an island and not all of them can be applied. 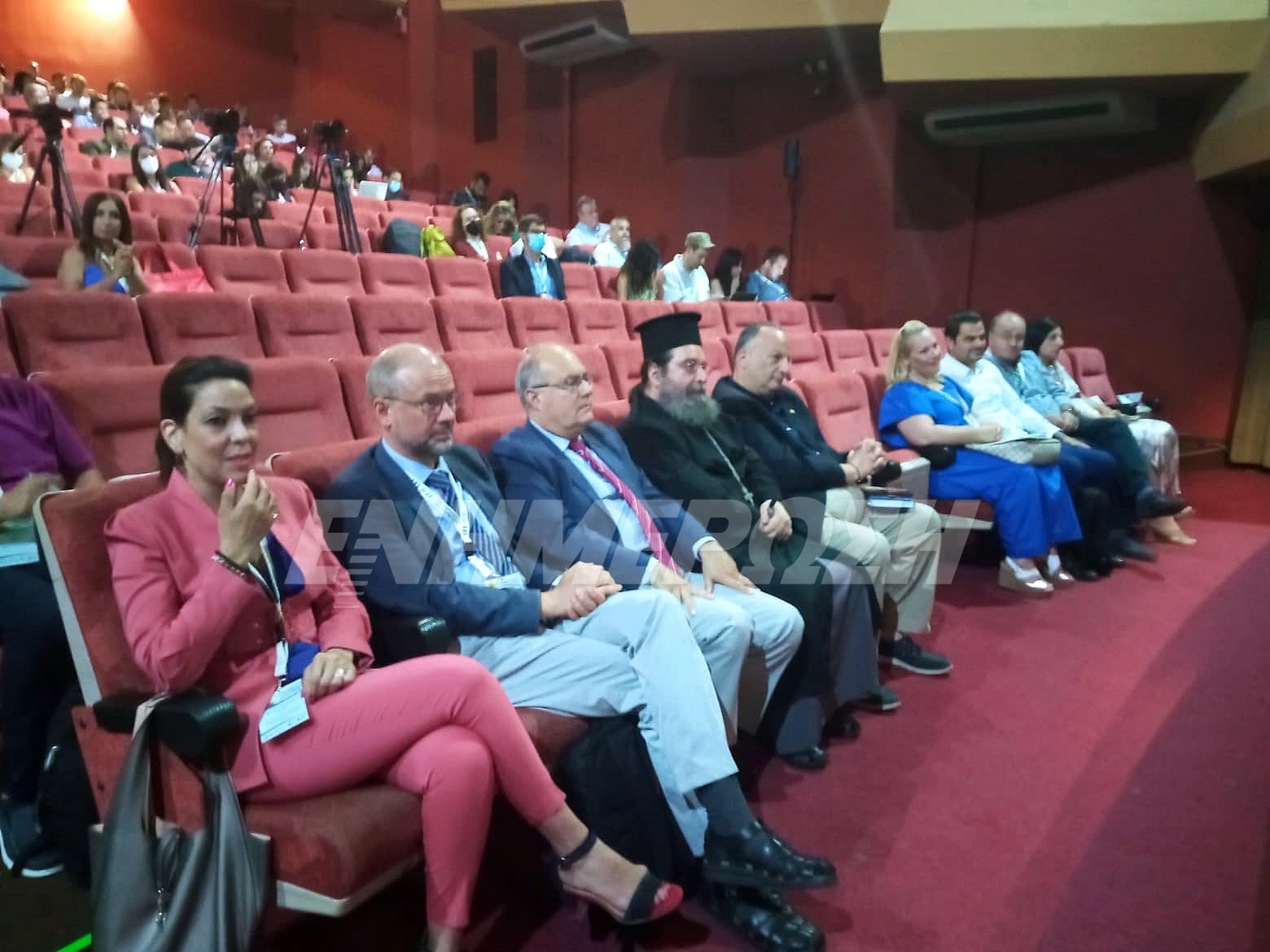 The conference will also include a special session for representatives of local authorities focusing on their role as it is now defined by national law and the European Union. Depending on what will be announced, the Municipality will develop its policy. “The conference symbolises so much for us. First of all, Corfu used to be a bad example when it came to waste management and collection, but now it is a good example and we continue to set a good example. We are following good practices, we have sorted out the waste collection, we are waiting for the 17 new refuse trucks, we have created our own Waste Transfer Station so that we no longer pollute Temploni or any other area, we are moving forward with the new body and with the tendering of the waste management facility. We hope that this time it will be successful and we are taking advantage of all the financial tools and opportunities for recycling, equipment and brown and yellow bins and especially to raise awareness and inform the citizens pupils with the recycling marathon that continues for the third year and we have spectacular results,” said Ms. Ydraiou. 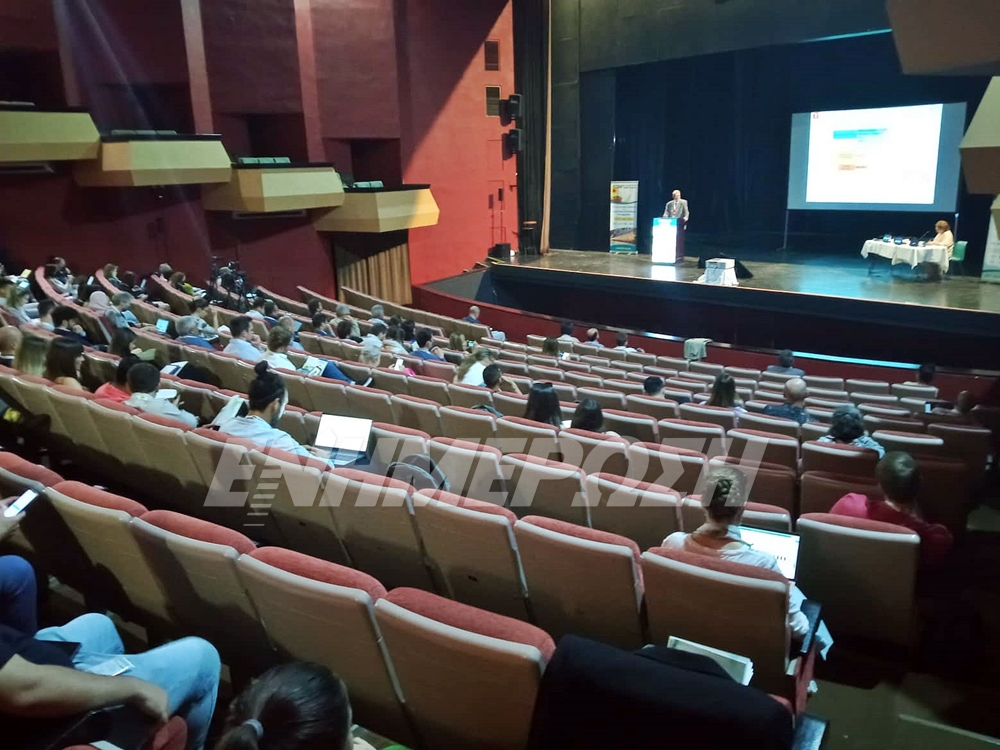 The conference is organised by the Central Corfu Municipality, the Ionian Islands Region and the National Technical University of Athens and will last until Friday 17 June.

The National Technical University of Athens Professor and Chair of the Scientific Committee of the International Conference Maria Loizidou, the Deputy Regional Governor for Environment Spyros Ioannou and Giorgos Kremlis were present at the conference, while the General Secretary for the Coordination of Waste Management Manolis Grafakos, the General Secretary for Research and Technology Athanasios Kyriazis, the General Secretary for Forests Konstantinos Aravosis, the European Research Executive of the EU Research and Innovation Directorate Arnas Milukas, the Hellenic Solid Waste Management Association President Georgios Iliopoulos, the National Technical University of Athens Dean Andreas Boudouvis and the FODSA Network President Georgios Kapetzonis took part online.